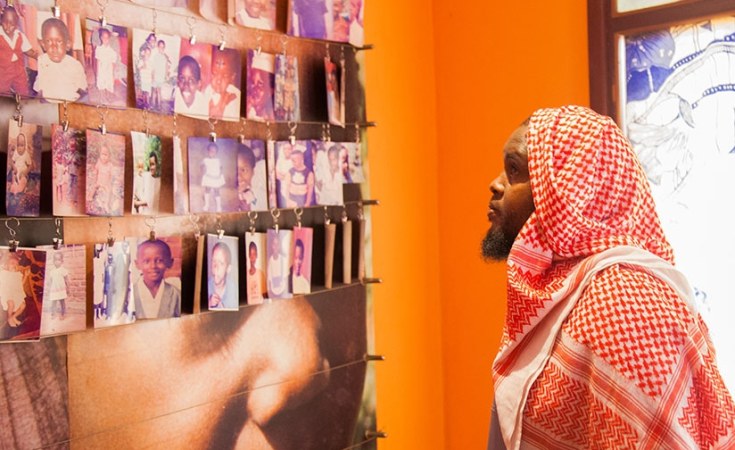 Nadege Imbabazi/New Times
A visitor observes some pictures of kids killed in the 1994 Genocide against Tutsi.
The New Times (Kigali)
By Julius Bizimungu

Félicien Kabuga, one of the leading architects of the Genocide against the Tutsi in Rwanda has been arrested, the International Residual Mechanism for International Criminal Tribunals (IRMCT) said on Saturday, May 16.

Kabuga, one of the world's most wanted fugitives was arrested in Paris by French authorities as the result of a joint investigation with the IRMCT Office of the Prosecutor.

"Following completion of appropriate procedures under French law, Kabuga is expected to be transferred to the custody of the Mechanism, where he will stand trial," a statement from IRMCT reads in part.

IRMCT, also known as the Mechanism, said that French police arrested Kabuga in a sophisticated, coordinated operation with simultaneous searches across a number of locations.

The notorious former businessman is among the prominent architects of the 1994 Genocide against the Tutsi, and has been on the run since August 1994.

There is currently no available information about how the genocide financier was arrested or where he has been hiding for the last 26 years.

However, the IRMCT said law enforcement agencies and prosecution services from Rwanda, Belgium, the United Kingdom, Germany, the Netherlands, Austria, Luxembourg, Switzerland, the United States, EUROPOL and INTERPOL played an essential role in the whole process.

"The arrest of Félicien Kabuga today is a reminder that those responsible for genocide can be brought to account, even twenty-six years after their crimes," the Mechanism Chief Prosecutor Serge Brammertz said in a statement.

Kabuga, known as the Financier of the Genocide, was a very wealthy businessman during the Genocide and a major shareholder of hate radio station RTLM.

Kabuga, who is now aged 85, has been on the run since August 18, 1994 when the Swiss security services let him slip from their grasp. As the genocide progressed, Kabuga was reportedly given a visa to enter Switzerland only to be later expelled.

Kabuga was expelled from Switzerland in 1994, and spent some time in DR Congo - then Zaire - before seeking refuge in Kenya.

He is, in the past, said to have escaped arrest in Kenya several times. Among others, in 1998, an ICTR team raided a Nairobi rented house and found a note indicating that the fugitive, who escaped arrest, had been tipped off by the police.

Justice for genocide victims has been slow in many cases, despite Rwandan government having made efforts to bring to book perpetrators.

Genocide fugitives continue to roam free in countries, especially in Southern Africa and many of them have since joined a bandwagon of so-called opposition politics, a cover they use to continue evading justice.

On the other hand, these countries claim to lack of legal framework to base on as some countries' legislation have gaps in legal provisions repressing the crime of genocide.