Following the killings of innocent Nigerians in Katsina, President Muhammadu Buhari, Sunday ordered total crackdown on bandits and kidnappers perpetuating the heinous crimes in the state.

Buhari who in a statement signed by his Senior Special Assistant on Media & Publicity, Garba Shehu, asked security operatives to sweep away kidnappers and bandits in Katsina.

The statement reads: "A major proactive operation by Special Forces, which details are being kept secret, is now in progress to replace the reactive strikes against insurgent camps.

To give a full effect to the exercise, a planning team is already in the State selecting targets and making preparations for the execution of the "unprecedented" operation.

The Chief of Defence Staff, General Gabriel Olonisakin, who has been measured in issuing official statements on the oncoming exercise, briefed the President on the plan he intends to flag off shortly.

President Buhari who expressed sadness over the recent attacks in the State extended his condolences to the families of those killed and prayed for the recovery of the injured." 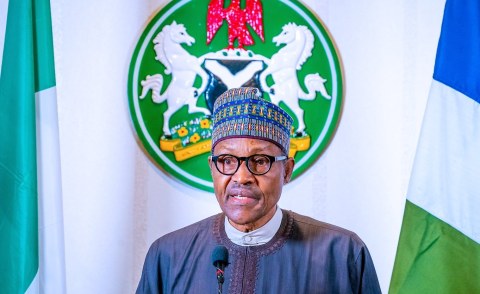 Nigeria's Five Years of Muhammadu Buhari as President
Tagged:
Copyright © 2020 Vanguard. All rights reserved. Distributed by AllAfrica Global Media (allAfrica.com). To contact the copyright holder directly for corrections — or for permission to republish or make other authorized use of this material, click here.