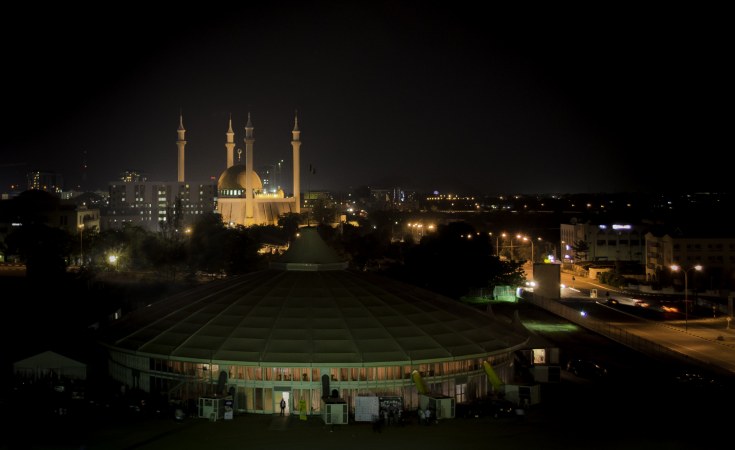 Moments after the Presidential Task Force (PTF) on COVID-19 announced the extension of the total lockdown on Kano State for two weeks in order to further curb the spread of the virus, Governor Abdullahi Ganduje amended the conditions for the lockdown.

Mr Ganduje, on Monday, said Friday congregational and 'Eid' prayers would be held in the state while physical distancing rules would be obeyed.

The Eid prayers are expected to be said Saturday or Sunday to mark the end of this year's Ramadan fast.

The Secretary to the Government of the Federation (SGF), Boss Mustapha, had earlier announced President Muhammadu Buhari's decision at the daily COVID-19 briefing.

Mr Mustapha said President Buhari approved a two-weeks extension of the total lockdown in Kano, one of the states hardest hit by COVID-19.

Mr Ganduje's spokesperson, Salihu Tanko, in a brief statement posted on Facebook, said the governor's decision is based on "recommendations by 30 Islamic scholars in the state."

He also did not say whether Mr Ganduje sought the president's permission before amending the lockdown.

In his statement, Mr Tanko said the scholars asked Mr Ganduje to allow Friday prayers to hold as well as Eid prayers.

He said the governor gave his directive "after a lengthy consultation with the Islamic scholars and other government officials in the Government House".

As Nigeria battles the COVID-19, presidential directives especially on movement and gatherings have several times clashed with those put in place by some state governments.

The PTF has constantly said it is working with the Nigerian Governors Forum to reduce such clashes.

The federal government's directive presently bans social and religious gatherings while a nationwide dusk to dawn curfew was also imposed. Kano is currently the only state under a presidential lockdown due to the coronavirus cases there.

In the statement by his spokesperson, the Kano governor provided details of his directive to ease the lockdown announced by the president.

"The partial lift on the lockdown will now be for three days, that's Monday, Wednesday and Fridays between 10 a.m. and 4 p.m.," Mr Ganduje said

"Government also considered it convenient to allow the conduct of Eid prayers in all the five Emirates in the state under strict observance of safety and prevention protocols," he said.

He, however, said there would be no Sallah festivities in all the five emirates including the traditional Hawan Sallah, (Sallah Durbar).

"We've directed the state Hisbah Board to hold meetings with Imams and deploy its personnel to Friday Juma'ah Mosques across the state to ensure that worshipers comply with personal hygiene through maintaining social distancing, hand washing and use of sanitisers.

"The state would also continue to work toward ensuring that together we stand to fight the deadly disease, call on the residents to continue to support the government in this direction," Mr Ganduje said.

The Nigeria Centre for Disease Control (NCDC) on Sunday announced 64 new infections in Kano bringing the total confirmed COVID-19 cases in the state to 825.

This is second to that of Lagos, the epicentre of coronavirus in the country.