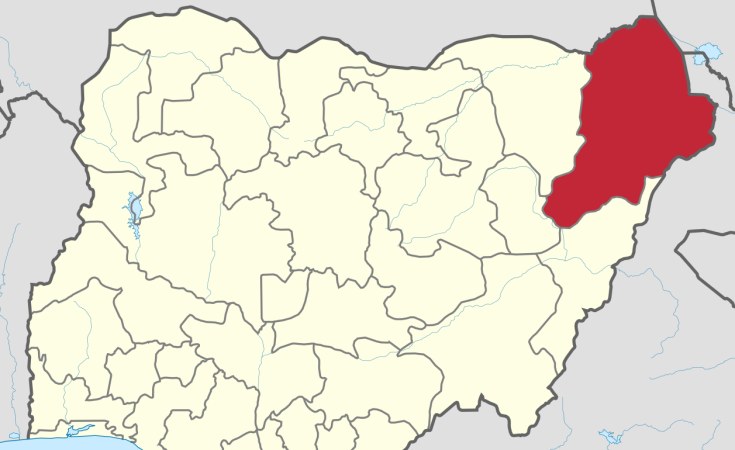 At least 20 persons were confirmed dead and 24 others injured after gunmen suspected to Boko Haram attacked Gajigana village of Borno State on Sunday, witnesses said.

The attack happened at about 6:15 p.m. as residents of the farming community in Magumeri local government area were preparing to break their Ramadan fast. Gunmen driving in trucks stormed the village and began to shoot indiscriminately.

A member of Civilian-JTF, Ba'an Bukar, said although there was a military deployment in Gajigana, the soldiers could not do enough to save the villagers.

"The Boko Haram fighters came to the village from the western flank far away from the soldiers who are stationed at the eastern side," said Mr Bukar.

As the gunmen attacked the community, the fasting residents who had endured temperatures reaching 42 degrees celsius tried to scamper to safety. Many could not go far before being mowed down by the terrorists.

"The shootings were sudden and intense; people began to flee in all directions," Mr Bukar said.

"The soldiers could not make it to the other side on time. But when they eventually did, the shootout dragged into the night.

"This morning, we have prepared 18 corpses of the killed villagers for burial. Twenty four persons were injured in all; of which 19 of them are in critical condition, while five sustained minor injuries."

Mr Bukar said the 19 injured persons were taken to hospital in Maiduguri.

Confirming the development, member of the Borno State House of Assembly who represents Magumeri constituency, Audu Mustapha, said the figure had risen to "over 20."

"I have just returned from the hospital where the injured ones are receiving treatment," he told PREMIUM TIMES on phone.

He added that, "those buried as a result of the attack are more than 20."

Gajigana is about 47km north of Maiduguri, the Borno State capital.

The attacks came hours after the Nigerian military said troops had a fierce battle in Baga town and killed at least 20 Boko Haram insurgents.

During the Baga fight, according to John Enenche, a general and the coordinator of defense media operations, "nine... gallant soldiers were wounded in action with no loss of life."

The Gajigana attack is the first major onslaught on local communities since the commencement of Ramadan, Muslims' holy month of lent.

Mr Enenche did not respond to a phone call and a text message seeking comments on the latest incident.