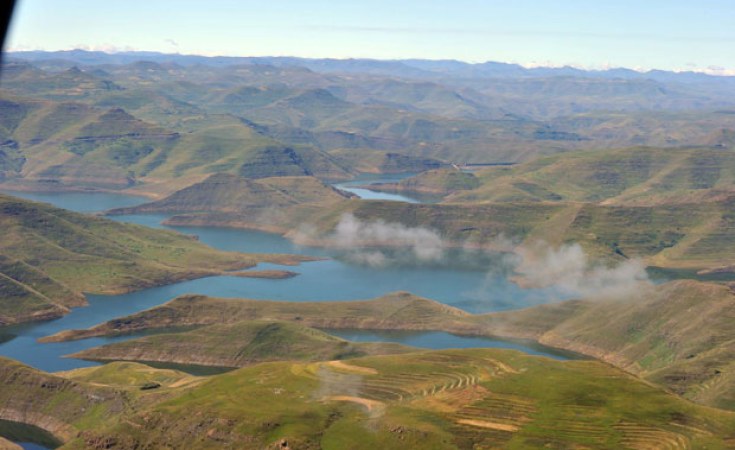 Lesotho has deported 71 South African nationals employed by one of the contractors at the Polihali Dam site, Mokhotlong, because they do not have valid work permits.

The workers are employed by South African company, Rumdel Construction (Cape) Pty Ltd. The company is among those awarded tenders for the construction of advance infrastructure at Polihali Dam under the second phase of the Lesotho Highlands Water Project (LHWP).

Lesotho Highlands Development Authority (LHDA) public relations manager, Masilo Phakoe, said in statement yesterday the 71 were among 83 South Africans who recently returned to the country after the lifting of the lockdown on 5 May 2020.

Mr Phakoe said their 12 colleagues would not be deported as they had valid work permits.

He said in its negotiations with the Lesotho and South African governments "regarding acceptable measures that could be implemented to ensure safe re-entry of LHWP workers into the country," the LHDA was told that the 71 workers without permits would be deported from Lesotho.

"The LHDA has been informed that the government of Lesotho made the decision to repatriate back to South Africa those 71 employees who do not have work permits. This process has commenced," Mr Phakoe said.

He said the 12 South African workers with valid work permits were allowed to self-quarantine at their employer's campsite in Polihali before resuming work. However, the company said it would be impractical to resume work with such a small number of workers.

However, the South African High Commissioner, Moloto Sello, yesterday said the "deported" workers were still in Lesotho and they had been quarantined at a place provided by their employer. He refused to name the place. He said he met with Lesotho government officials and it was agreed that their employer would use the two weeks of the workers' quarantine to process their work permits.

"We hope their employer will use the quarantine period to process their work permits because I learned that some of the workers applied for permits as far as October 2019.

"We hope the applications will be approved so that the workers will proceed to their work site after their quarantine period," Mr Sello said in an interview with this publication.

The Polihali Dam is being constructed in terms of the second phase of the LHWP. The LHWP is a multi-phase, bi-national initiative established by a 1986 Treaty between Maseru and Pretoria. It involves the construction of dams and water-transfer tunnels in the two neighbouring nations and the generation of hydro-electric power in Lesotho.

South Africa seeks to augment its water-supply for both domestic and industrial use through the project while Lesotho expects to benefit from infrastructure such as roads as well as royalties and electricity from the initiative.

Phase I of the LHWP, consisting of the Katse and Mohale dams, the 'Muela hydropower station and associated tunnels was completed in 2003 and inaugurated in 2004. Phase II of the LHWP is currently in progress. It consists of two separate but related components: water transfer and hydropower generation.

The bilateral project which is estimated to cost at least M23 billion, is expected to provide about 3000 jobs at the peak of its operations.

ABC infighting to blame for collapse of govt:...

Previous Story
Water, Water Everywhere... but Not a Drop to Drink for Local Communities
Next Story
Water and Sanitation On Lesotho Highlands Water Project Tunnel Reopening

Water, Water Everywhere... but Not a Drop to Drink for Local Communities