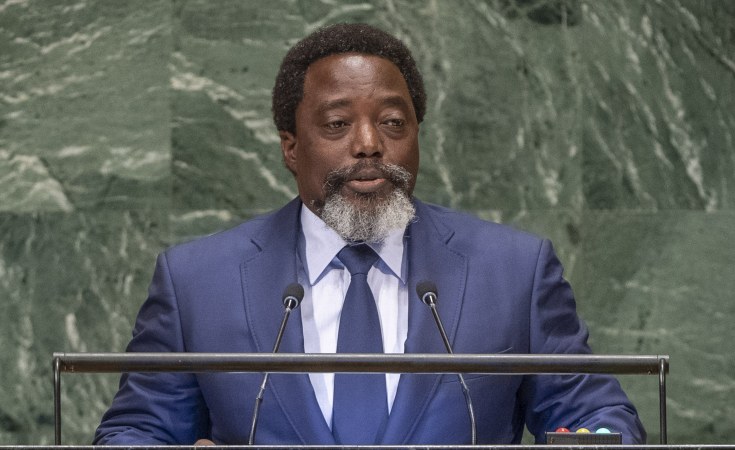 When a popular cleric in the Democratic Republic of Congo recently accused ex-President Joseph Kabila of 'crimes' he committed during his tenure, the public took note.

Bishop Pascal Mukuna's filing a complaint against the former president, now 'senator for life,' was novel in some ways.

On May 7, the clergyman filed 'a letter of denunciation', or an appeal for censure to the Attorney General at the Constitutional Court in which he lists "10 crimes" with which he charges Joseph Kabila.

The cleric accuses the ex-leader of being the perpetrator of these crimes during the 18 years of his regime. Yet this is claim from a man of cloth, which has never happened before in the DRC.

As a matter of fact, the church controversially often praised Kabila's regime when he was in power.

In his letter of denunciation, Bishop Mukuna cites different cases of killings in several provinces, from 2008 to 2017. He added that apart from the "crimes" listed by him, the prosecutor "can find others".

Legally, this is a new ground. No one knows what will happen to the bishop's complaint because Kabila is protected by a law.

In DRC, former heads of state, as sitting ones, are immune from legal proceedings for their acts committed in the course of their duties.

Kabila became the first president in Congolese history to hand over power peacefully. That could add to his heroic status, even though he stuck around to earn a share in the current government of Felix Tshisekedi.

Bishop Mukuna, who is the head of the Assembly Christian Church of Kinshas (ACK)and founder of the Patriotic Awakening Movement, says he is "fighting for the country, not for President Félix Tshisekedi."

The country's authorities in the face of Mukuna's multiple attacks on Joseph Kabila, haven't helped to discredit the theory that he is being aided by the system.

Kabila's political support in the FCC (Front Commun pour le Congo) haven't formally reacted to the bid. The same silence is observed at the PPRD (People's Party for Reconstruction and Democracy) party of Kabila.

Bishop Mukuna's previous media appearances have often been hostile towards Joseph Kabila, whom he asked to "go to exile" or "ask for forgiveness from the Congolese people for destroying their country ".

The cleric has also asked the current leader to stop any political associations with Kabila.

All eyes will be on the general prosecutor to see how he responds. In the meantime, the Bishop Munkuna has himself become a hunted animal.

He is accused of sexually assaulting a widow, which he denies but could land him in prison if proven. Bishops, in the DRC, do not enjoy legal immunity.