Nigeria: Coronavirus - WHO Calls for Funding Amidst New U.S. Threat 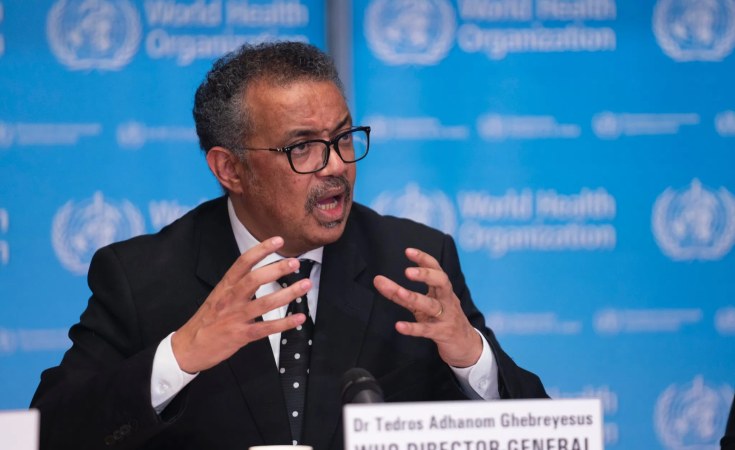 The World Health Organization on Monday urged countries to continue funding the agency, saying it will initiate an independent review into its handling of the coronavirus pandemic "at the earliest appropriate moment."

Speaking at the 194-member World Health Assembly virtual conference, the WHO Director-General, Tedros Ghebreyesus, also called on all nations to "do everything it takes to ensure that the 2020 coronavirus pandemic is never repeated."

Mr Ghebreyesus called on nations to invest in strengthening and implementing the many tools at disposal. Most especially, he advised the global treaty that underpins global health security, the International Health Regulations to implement its policy.

Mr Ghebreyesus said the agency will facilitate an independent review of its response to the coronavirus outbreak.

As of the time of reporting over 4.7 million coronavirus cases have been confirmed around the world, according to Johns Hopkins University, including more than 318, 599 deaths.

Mr Ghebreyesus said the world does not need another plan, another system, another mechanism, another committee or another organisation but what it needs is to strengthen, implement and finance the systems and organisations it has -- including WHO.

There have been allegations by the member states especially from the U.S. that the agency did not handle the pandemic properly.

On Monday, President Donald Trump said threatened to permanently stop U.S. funding of the WHO. Also, the allegation over the organisation's role in the pandemic was raised at the virtual forum. They also pushed for an inquiry into the handling of the pandemic.

However, Mr Ghebreyesus said the agency will review its handling of the outbreak especially its role during the China outbreak and its transmission to all continents except Antarctica.

Mr Ghebreyesus called for a comprehensive framework to be established to facilitate pandemic preparedness around the globe.

"COVID-19 is not just a global health emergency, it is a vivid demonstration of the fact that there is no health security without resilient health systems, or without addressing the social, economic, commercial and environmental determinants of health," he added.

He said the pandemic has illustrated why investing in health must be at the centre of development.

"I will repeat this: More than ever, the pandemic illustrates why investing in health must be at the centre of development," he said.

He lamented that the world is learning the hard way that health is not a luxury, adding that it is a necessity.

The WHO chief said to be successful, we must all commit to mutual ownership and accountability.

He said one way to do that, proposed by the Africa Group last year, is through a system of universal periodic review, in which countries agree to a regular and transparent review of each nation's preparedness.

Mr Ghebreyesus said the world could no longer afford the "short-term amnesia" that had characterised the global response to health crises in the past.

"WHO is committed to transparency, accountability and continuous improvement. For us, change is a constant. That must change, and it must change today," he said.

The Independent Oversight Advisory Committee has published its first report on the pandemic, with several recommendations for both the Secretariat and Member States.

PREMIUM TIMES reported how the U.S. President, Donald Trump, threatened to permanently pull funding from the World Health Organisation (WHO) if it does not commit to "major substantive improvements" within 30 days, according to a letter to the WHO chief shared by Mr Trump on Twitter on Monday.

In a four-page letter to WHO director-general, Tedros Ghebreyesus, Mr Trump set out what he called "repeated missteps" by the organisation.

Mr Trump claimed that the WHO shares the responsibility for the large number of deaths in the crisis.

He alleged that mismanagement on the part of the WHO and reliance on information from China had dramatically worsened the epidemic and spread it globally.

Mr Trump said he would make a temporary freeze of funding permanent and might also reconsider U.S. membership of the organisation at the end of the 30-day deadline if he saw no improvements.

"The only way forward for the World Health Organisation is if it can actually demonstrate independence from China," the U.S. president asserted.