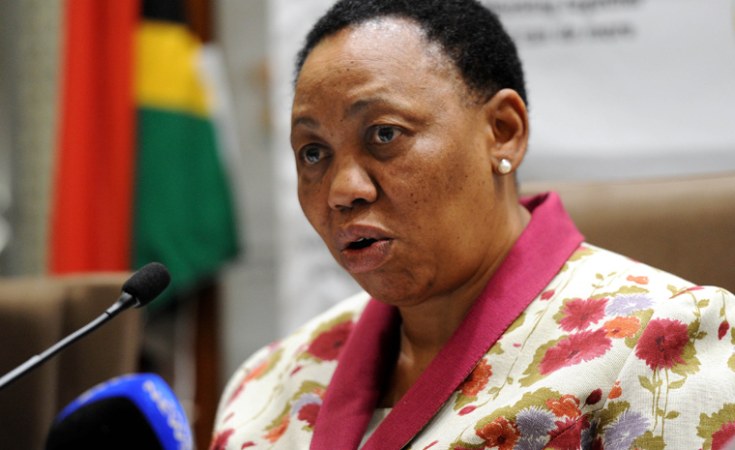 The Department of Basic Education's announcement on Tuesday night that schools would reopen on 1 June as the country moves to Level 3 of the Covid-19 lockdown, left more questions than answers for teachers' unions and associations.

Grade 7s and 12s will be the first to return when the department implements the phasing in approach as it grapples with saving what's left of the academic year after schools closed in March due to the Covid-19 pandemic.

While Basic Education Minister Angie Motshekga has outlined measures to be put in place to ensure pupils return to a safe environment, concerns have been raised as to whether the work on the ground will be done - and in due time.

Teachers' unions and associations who were involved in meetings with the department ahead of Tuesday's announcement expressed dissatisfaction at the lack of detail given by Motshekga, along with her deputy Makgabo Mhaule and director-general Hubert Mweli at the briefing.

National Teachers' Union president Allen Thompson said the union was adamant that it would not be putting its members and children's lives at risk and would be closely monitoring all plans outlined at the briefing.

Thompson said the union was concerned that Motshekga made no mention of how and when additional teachers would be recruited to assist with overcrowding.

"The minister said nothing about additional teachers but everything about teachers with comorbidities. We are saying those are substitute teachers, but on top of that, we also need other teachers.

"We have what we call subject specialisation in high schools, which means it's a fallacy that all teachers at a school will be available to teach Grade 12. That is not true; it is a lie," Thompson said.

He added that the union welcomed the appointment of independent auditors to monitor and ensure that all plans were being implemented to ensure that teachers return to safe schools on 25 May and pupils on 1 June.

"If that is not the case, we will have no option but to exercise our rights, including finding ways and means of interdicting the processes. But for now, between today and 25 May, we will be monitoring the ground very closely and checking whether deliveries are being made, whether water tankers are being installed properly."

Suid-Afrikaanse Onderwysersunie (SAOU) CEO Chris Klopper said the department gave no reasons why Grade 7 and 12 were the only pupils being phased in and there was little clarity on how small and special schools would be dealt with.

"The only two things we have certainty on are the two dates - 25 May and 1 June.

"The return of Grade 7 was determined before, when the country was still on Level 4 [of the lockdown], but when the schools reopen they will be on Level 3, which means that more school grades can return," said Klopper.

Klopper said that the issue of boarding schools was also hanging in the air, adding that the union had also expected more details on the school calendar, as well as how the Grade 12 National Senior Certificate exams would be carried out.

Paul Colditz, chief executive of the Federation of Governing Bodies of South African Schools (Fedsas), said they understood the reasons why Grade 12s should be the first to return, but believed there was no rational reason why Grade 7s would return and not Grade Rs and Grade 1s.

Colditz said the union was of the view that the foundation phase was also of the utmost importance and should have been among the first to return.

"There was no certainty about a follow-up even with Grade 7s and 12s returning on 1 June. What will happen, when and which other grades will return to school?" he questioned.

Colditz added that the federation was not convinced that provinces were ready to return to school, and said this was evident from reports they had been receiving on the ground.

Basil Manuel, executive director of the National Professional Teachers' Organisation of South Africa (Naptosa), said the union was not opposed to pupils returning but was concerned over whether provinces were ready.

"Our assessment is that the provinces have embellished their readiness. But as a result, we welcome the minister's assurance that an independent body will go out to verify the veracity of these claims of readiness," Manuel said.

He said that the union was also concerned that the department was receiving factual reports from provinces.

Manuel added that too little was said about how exactly social distancing would be carried out and how replacement teachers would be coordinated.

"We want to see how the whole issue of comorbidities is going to be implemented. Saying that it's there and some people will not be returning is one thing, but we need to see the implementation of that," he said.

National Alliance of Independent Schools Associations (Naisa) chairperson Mandla Mthembu said the association would meet with the department on Wednesday to iron out the reopening of private schools.

On Tuesday, Motshekga said independent and public schools would reopen, even those in metropolitan areas.

Mthembu said the association's position was that there should be flexibility with the reopening of other grades in schools where there is enough capacity to accommodate more pupils besides Grade 7 and 12.

Previous Story
Next Story
Back to School - Will Pupils Be Forced to Return? Department Answers Questions

Back to School - Will Pupils Be Forced to Return? Department Answers Questions