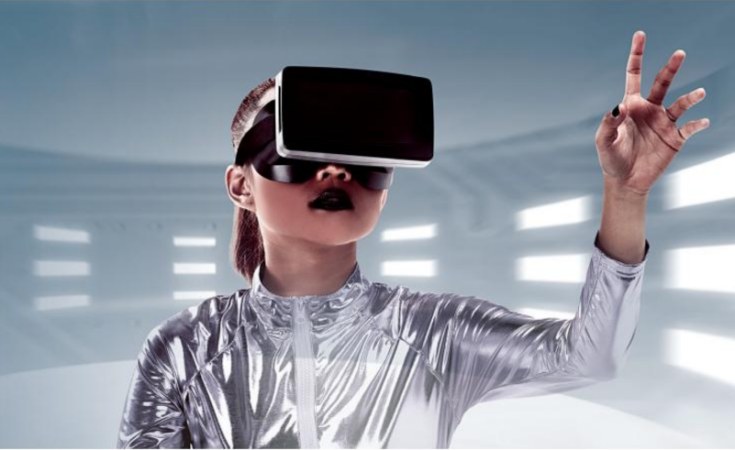 Frequency hopping employs a spectrum of frequency for radio communications that's repeatedly changed according to an agreed sequence between sender and receiver. This secures a message against interception. Lamarr hoped the idea would help in the defence of her adopted country, the US, in the second world war.

Antheil's experience helped. He composed for multiple players, up to 16 pianos at a time, and had developed a mechanism to help keep them in sync. This also worked to enable frequency hopping technology. It's one startling example of how combining the creative imagination with the world of technology can lead to new discoveries.

We wanted to find out more about South African firms that are fusing creative skills with digital technologies to produce new products and services.

In November 2019, the South African Cultural Observatory partnered with a group of UK academics to track how these firms - graphic designers, film makers, music producers and the like - are using this fusion to drive growth.

There's increasing interest in the contribution of the creative economy to growth and job creation in South Africa. But innovation research is still mostly focused on STEM sectors - science, technology, engineering and mathematics.

Our research examined the links and connections between digital technologies, innovation, intellectual property, and diversity in the cultural and creative industries. Our findings showed that there is an agile group of mostly small, highly innovative, firms that combine cultural and digital skills to meet market demand.

Cape Town was chosen for a pilot study because of its reputation as a creative city. The concept refers to clusters of creative firms, but also includes events and skills.

A cluster of 349 cultural and creative firms operating in the Cape Town metro area were located and mapped. Through telephone interviews and an online survey 74 responses were received. The research design was partly based on a similar study in the UK's Brighton cluster, which allowed for interesting international comparisons.

South Africa does not have an officially recognised definition of the cultural and creative industries, but much research and policy makes use of UNESCO's Framework for Cultural Statistics. This includes more 'traditional' cultural sectors - like fine art, heritage, performing arts, music, film and book publishing - and also more commercial ones - like fashion, architecture, video games and advertising.

Forming the largest group responding to our survey were firms related to design (fashion design 19%; graphic design 14%; architecture 1%). This was followed by film, television, video and radio (12%); crafts (12%); music and performing arts (7%); and photography (7%). The sample also had representatives from advertising and marketing (12%); IT, software and computer services (4%); museums, galleries and libraries (3%).

We found an agile business community

There is strong evidence of a cluster of firms in Cape Town that are "fused" to combine digital technology with creative inputs to produce goods and services.

They exhibit high levels of innovation in business processes, goods and services, with 82% reporting involvement in some form of innovation over the last three years. Most common was process innovation (the way of running the business), which included things like digitisation (82%), big data usage (21%), and artificial intelligence (18%). Next most frequent were development of new products or services and/or the significant improvement of existing ones (72%), and marketing innovations (50%). Some form of formal research and development was engaged in by 45% of firms.

They're an interdisciplinary cluster. An average of 51% of employees had a qualification in design; 42% in arts or humanities; 32% in commerce; and 20% had a STEM qualification.

More than a third of firms are start-ups, founded in the past five years. Most are small. The median number of employees was four, and 23% were owner operated with no employees. But they have the ability to draw on a wide range of external skills. A median of five freelancers were employed per firm in the previous financial year. The most commonly sourced skills were graphic, multimedia and web design and software development. Similar to what was found in Brighton, this business model allows them to be agile and productive in the volatile, project-based world of the creative economy.

Our results showed that, for at least some of these small firms, combining a range of skills crossing between the creative or cultural and digital sectors has resulted in faster growth rates than their bigger, older counterparts.

But it's a vulnerable time

Yet it is this project-based way of working that makes many of these firms especially vulnerable during tough economic times. An analysis of the Statistics South Africa Labour Force Survey, using the UNESCO definitions, showed that 50% of people in cultural occupations are employed informally, compared to 32% in other occupations. Freelancers make up 35% of cultural workers, compared to 10% of non-cultural workers.

The exclusion of the cultural and creative sector from South Africa's Draft White Paper on Science, Technology and Innovation (2018) may be a mistake. Similar papers by other countries, like the UK, do acknowledge the link between culture, technology and innovation.

Similarly, cultural policy could profitably include support for various kinds of innovations taking place in the cultural and creative industries, such as by these firms.

Especially in times of change and upheaval, the next marvellous idea may just come from those working at the interface between the creative and the technological.