Investigators have requested the extradition of Rwandan genocide suspect for his alleged role in financing the country's 1994 genocide. Felicien Kabuga was arrested after police tracked him down through his children.

Prosecutors on Wednesday filed a request for Felicien Kabuga to be transferred to United Nations custody for trial in international courts.

Kabuga was brought into court in a wheelchair, dressed in jeans and a blue jumper and wearing a face mask.

The 84-year-old was detained in a Paris suburb on Saturday after spending a quarter-of-a-century on the run.

Kabuga could be transferred to The Hague in the Netherlands before a trial in the city of Arusha in northern Tanzania. A UN court there is handling cases that date back to the 1994 genocide of an estimated 800,000 people.

The former tea and coffee tycoon is Rwanda's most wanted man and had a $5 million bounty on his head.

He was indicted in 1997 on seven criminal counts including genocide and incitement to commit genocide.

According to Rwandan prosecutors, Kabuga used his companies to import machetes and gardening tools knowing they would be used as weapons in 100-day killing spree that killed some 800,000 Tutsi and moderate Hutus in the East African country. He is believed to have established the notorious Interahamwe Hutu ethnic militia and provided training and equipment used in the massacres.

He also co-owned Radio Television Milles Collines, whose radio station broadcast messages that fanned the ethnic hatred against the Tutsis.

Kabuga was found living under a false name in an apartment near Paris after decades on the run.

French intelligence agents spied on Kabuga's children in their effort to track him down. Because of the coronavirus lockdown, many active investigations were placed on hold, and French police were able to focus on Kabuga's file.

The inquiry gathered pace in March after an intelligence-sharing meeting between investigators from France, Britain, and Belgium, where some of Kabuga's children live, as well as officials from the UN and Europe's Europol law enforcement agency.

"We realized ... that trail from the children protecting their father converged on Asnieres-sur-Seine," Eric Emeraux, head of the Gendarmerie's Central Office for Combating Crimes Against Humanity, told the Reuters news agency, referring to the Paris suburb where Kabuga was eventually arrested. "We also discovered one of his children was renting an apartment there."

Investigators installed wiretaps and the property was placed under surveillance, with intelligence indicating that someone other than one of the children was living there.

"We decided to open the door, without being entirely sure of who we would find inside," Emeraux said. "I didn't sleep the night before."

Kabuga -- who had 28 known aliases -- was arrested by a squad of 16 elite officers and was formally identified in a DNA test, matching against a sample taken when he was hospitalized in Germany in 2007.

Lawyers acting for Kabuga said they would request an eight-day postponement to the legal process, which -- under French law -- is granted automatically. 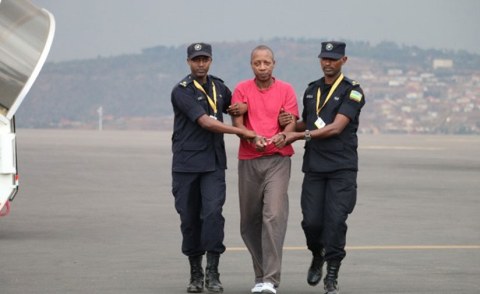 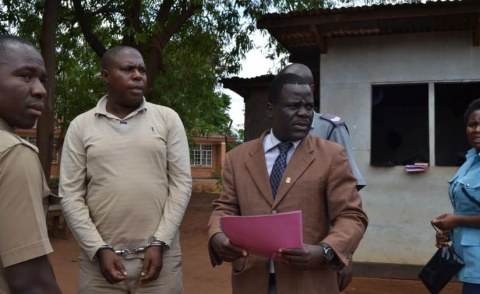 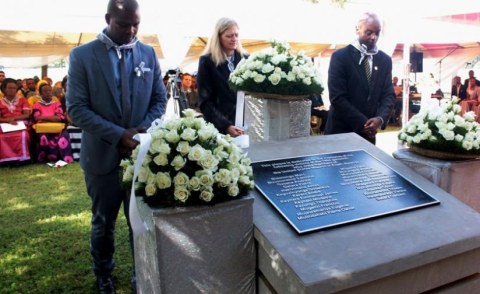 Rwandan Genocide Suspect Kabuga Arrives in The Hague For Trial
Tagged:
Copyright © 2020 Deutsche Welle. All rights reserved. Distributed by AllAfrica Global Media (allAfrica.com). To contact the copyright holder directly for corrections — or for permission to republish or make other authorized use of this material, click here.