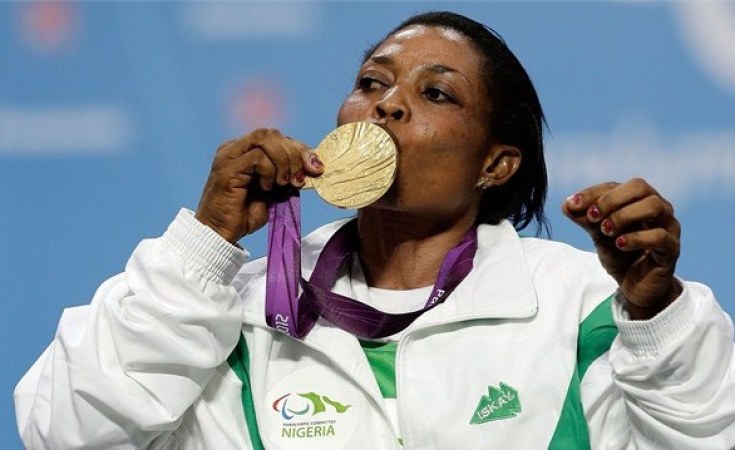 Onyema's dream of adding to the gold and silver medals she won at the London 2012 and Rio 2016 Paralympic Games respectively next year in Tokyo has however evaporated as she is no longer eligible to compete in the sport until May 2, 2023.

According to a statement issued yesterday by the International Paralympic Committee (IPC) : "As a signatory of the World Anti-Doping Code (WADC), the IPC remains committed to a doping-free sporting environment at all levels.

"The IPC, together with the International Federations and the National Paralympic Committees, established the IPC Anti-Doping Code (the Code) to prevent doping in sport for Paralympic athletes, in the spirit of fair play. The Code is in conformity with the general principles of the WADC."

The drug is one of the substances included on the World Anti-Doping Agency (WADA) 2019 Prohibited List under the class S1.1B Endogenous Anabolic Androgenic Steroids (AAS) and their Metabolites and isomers.

Each athlete is strictly liable for the substances found in his or her sample.

In addition to the four-year ban, Onyema has also been stripped of the gold medal which she won in the Women's 55kg competition in Lagos, together with any points and laurels accrued to her.

Oyema who was Nigeria's flag bearer at the closing ceremony of the Commonwealth Games in Gold Coast two years ago, has enjoyed a long career at elite level, winning medals at Paralympic and Commonwealth Games.

She narrowly missed a consecutive Paralympic gold medal in Rio de Janeiro, Brazil when she was edged out by Mexico's Amalia Perez who broke a world record on her way to claiming the top place on the podium.

Onyema however made up for the slip in Brazil by setting new world record in the women's under-50kg category by pressing 131kg on her final lift at the Commonwealth Games in Gold Coast.

None of Nigeria's para power lifting officials could be reached for an official statement on the development yesterday.

However, the Media Officer of the Paralympic Committee of Nigeria (PCN), Patrick Ibeh promised an official statement from the Olympic movement for the physically challenged athletes today.