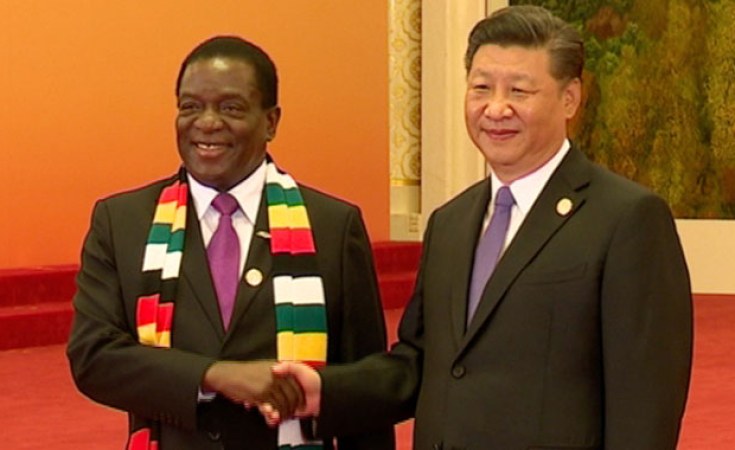 Zimbabwe is highly exposed to any sharp economic slowdown in China due to what will likely be an overreliance on the Asian economic powerhouse for financial support.

There are fears the escalating political turmoil in Zimbabwe, coupled with a worsening human rights situation, could scare off Western investors and international financial institutions, the global credit solutions agency, Fitch Solutions has warned. Fitch, which has placed the country's Short-Term Political Risk Index (STPRI) score at 38,5 and ranked Zimbabwe at position 39 out of 48 sub-Saharan African countries on human rights ranking, says there is a realistic risk that the Zanu PF government will continue to use the security services to crack down harshly on any perceived threat to its hegemony, further constraining relations with donors and access to international finance in the short to medium term.

"Reflecting this, social stability remains the poorest-performing subcomponent of our Short-Term Political Risk Index (STPRI), with a score of 27,5 out of 100 (lower scores indicate higher risk). This will leave the government increasingly reliant on Chinese financing, and highly exposed to any sharp Chinese slowdown arising from, for example, the impact of the Covid-19 (coronavirus) epidemic," Fitch said in a report this week.

The ominous warning comes as the country fails to secure an economic rescue package from international financial institutions. Western governments have vowed not to bailout Harare unless it implements far-reaching political and economic reforms.

Muddled policies and rampant corruption in government are some of the vices that have been frequently cited as scaring away investors. The global image of President Emmerson Mnangagwa's administration was further dented last week following the abduction and torture of three opposition MDC-Alliance youth leaders, Harare West legislator Johanna Mamombe, Cecilia Chimbiri and Netsai Marova. They were later found dumped at Muchapondwa Business Centre in Bindura, 86,9 km north-east of Harare, last Friday. They recounted the grueling torture and humiliation they suffered.

While Mnangagwa has taken steps to increase his control over the ruling Zanu PF, the heightened risks of factionalism and the possibility of further military crackdowns are seen continuing to undermine economic performance.

Lack of substantive progress on political or economic reforms over 2020, and likely crackdowns on any further large-scale public protests, are also seen constraining the government's access to international financing.

Within the spectrum of inter and intra-party divisions and a continued focus on short-term political requirements, Fitch expects the government to make little substantive progress on reform over 2020. Zimbabwe had a Staff-Monitored Programme with the International Monetary Fund (IMF), which continued to stress the need for reforms to restore stability, improve foreign-exchange policies and the monetary policy framework, and contain fiscal spending.

However, the authorities have struggled to stabilise the currency, and efforts to placate striking public-sector workers are constraining efforts to reduce expenditure.

"For example, in January the government reached an agreement with the Apex Council, the public service union, for a 140% salary increase, effective immediately. While well below levels of inflation -- we estimate average annual inflation at 237% in 2019, and forecast a rate of 185,7% in 2020 -- the wage increase will exacerbate price pressures and undermine efforts to reduce expenditure on salaries and pensions, which already account for around 90% of state spending (although this is not necessarily reflected in official data)," Fitch reported.

It added that workers' strikes are likely, given the elevated levels of inflation, which will erode real wages, while shortages of basic goods could spark periodic protests.