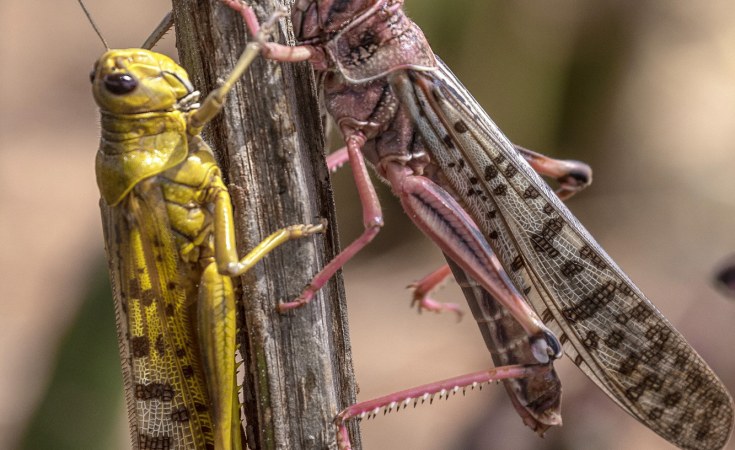 Since February this year, at least 24 districts in 6 sub-regions of Acholi, Karamoja, Lango, Sebei, Teso and Bugisu have been attacked by the locusts.

"The outbreak threatens the food security and livelihoods of millions of Ugandans," the World Bank said in a statement on Thursday.

The country has already spent about Shs20 billion on fighting locusts.

The money is just slightly below the USD 50 million loans that Uganda had sought to borrow from the bank to deal with desert locusts. The latest loan is also one of the two loans that the country is asking from the World Bank. Another loan, yet to be approved, is the USD 300 million (1.1trillion Shillings) to fund part of the health interventions in response to the Coronavirus (COVID-19) this financial year.

With government revenues at their lowest at the moment yet facing more demand for resources to deal with un-budgeted for occurrences like the Coronavirus pandemic, desert locusts and destruction from extreme weather, the government is on a borrowing extravaganza.

For the desert locusts, the World Bank cites an assessment carried out by Food and Agriculture Organisation (FAO) and the World Food Program (WFP) in Karamoja and Teso, showing that it would cost between $12 million and $42 million to safeguard and restore livelihoods if surveillance and locust management measures are lacking or ineffective.

An estimated 291,000 people are already considered severely food insecure in Karamoja and Teso.

The World Bank says the money will aid in formulation the Emergency Locust Response Program to help Uganda monitor and manage locust swarms to limit the growth of existing and new desert locust populations.

Tony Thompson, World Bank Uganda Country Manager, said "The locust invasion could coincide with the start of the planting season, which will likely affect the main staple crop production and the regeneration of grasslands for livestock feeds."

He added that "these resources are timely to support affected households cope, and to strengthen Government's response efforts."