Zimbabwe: Abduction, Torture of Activists - Are Zimbabwe's Dark Days Back? 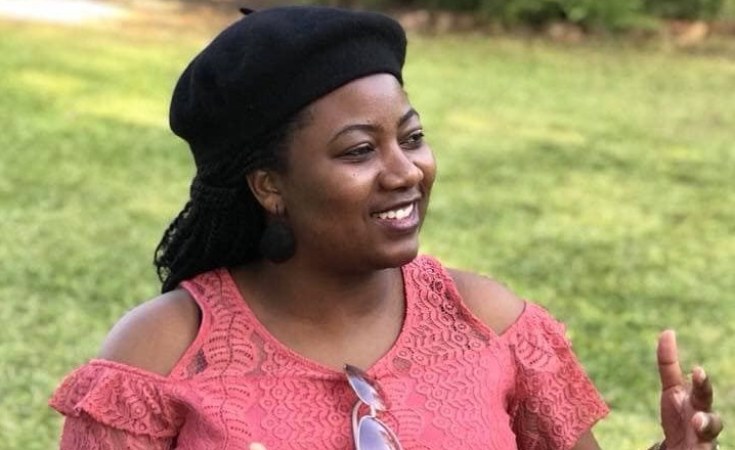 Zimbabwean authorities are fighting an image-damaging incident in which three female opposition activists were reportedly pulled from a police station and tortured.

The three women had staged a protest against food shortages that had worsened by a six-week lockdown to fight the coronavirus.

The beatings were so bad that mainstream opposition party, the MDC Alliance, appealed to the United Nations and the Southern African Development Community (SADC) for protection, saying its members are under siege.

The three, Zimbabwe's youngest MP Joan Mamombe, and Cecilia Chimbiri as well as Netsai Marova, who are leaders of the opposition MDC Alliance's youth wing, were found two days later dumped by the road 80 kilometres north of Harare.

Western embassies on Wednesday called for a swift investigation into the alleged abduction while urging the political protagonists in Zimbabwe to deescalate the tensions.

"The perpetrators of heinous acts of this kind and other human rights violations need to be identified and prosecuted," the embassies said in a joint statement signed by envoys from the European Union, United Kingdom, United States, Norway and Switzerland.

In their strongest rebuke yet of President Emmerson Mnangagwa since he took over in 2017, church leaders said abductions of government critics had reached alarming levels.

"It is deeply disturbing that the country has seen so many cases of abductions in the last few months, most of which have not been conclusively investigated," the Zimbabwe Heads of Christian Denominations (ZHOCD) said.

At least 50 opposition and civic society activists have been abducted and tortured since President Mnangagwa won a controversial election two years ago.

Initially the government blamed the abductions on an alleged third force comprised of disgruntled security agents from the previous Mugabe regime, but of late the authorities dismiss them as stunts by the opposition to attract the attention of the international community.

The latest incident, however, has alarmed even some of President Mnangagwa's staunchest supporters, including some of his advisers.

"We must end these bizarre abductions and inconclusive investigations into these cases," said Busisa Moyo, a presidential adviser.

"The state is responsible for the welfare of citizens," Mr Moyo added.

Another presidential adviser, Shingi Munyeza, apologised to the opposition activists whom he said were victims of an evil system.

Mr Munyeza, who is part of a panel established to advise the president after his controversial election, has been using social media to denounce the government for human rights violations.

Nelson Chamisa, the MDC Alliance leader, appealed to the international community to intervene in Zimbabwe saying President Mnangagwa was using the Covid-19 induced lockdown to crush the opposition.

Last Saturday, the Zimbabwean leader said the country would be on a lockdown for an indefinite period as it was yet to deal effectively with the Covid-19 outbreak, but the opposition said it was an excuse to rule by decree.

The MDC Alliance has since written to the UN special rapporteur on torture and other cruel, inhuman and degrading treatment of punishment, Nils Melzer, asking for an investigation into the abduction of the activists.

"This particular abduction is not isolated as the MDC Alliance has recorded 49 abductions by state agents outside the latest case since August 2019," wrote Gladys Hlatshwayo, the party's secretary for external affairs.

"In January 2019, 17 women were sexually assaulted by members of the military.

"These violations are happening with impunity as no investigations are carried out and perpetrators are not held to account."

The Zimbabwe Human Rights Commission (ZHRC), a quasi-government body, called for investigations into the mounting cases of abductions.

Muleya Mwananyanda, Amnesty International's deputy director for east and southern Africa, said it was strange for Zimbabwean police to deny reports that they initially arrested the tortured activists.

"It is deeply alarming that the state claims that it never had the women in custody when they were arrested at a roadblock run by both the police and the military," Ms Mwananyanda said.

Home Affairs Minister Kazembe Kazembe said he had ordered the commissioner-general of police to launch an investigation to "establish what transpired, who did what, and the motive behind the actions."

In the past two years Zimbabwe's security forces have been accused of abducting and torturing government critics following protests over the deteriorating economic situation in the country.

No Progress in Zimbabwe As Constitution Turns 7 - Watchdog

Is Zimbabwe Govt Using Lockdown to Mask Clampdown On Critics?
Tagged:
Copyright © 2020 The East African. All rights reserved. Distributed by AllAfrica Global Media (allAfrica.com). To contact the copyright holder directly for corrections — or for permission to republish or make other authorized use of this material, click here.