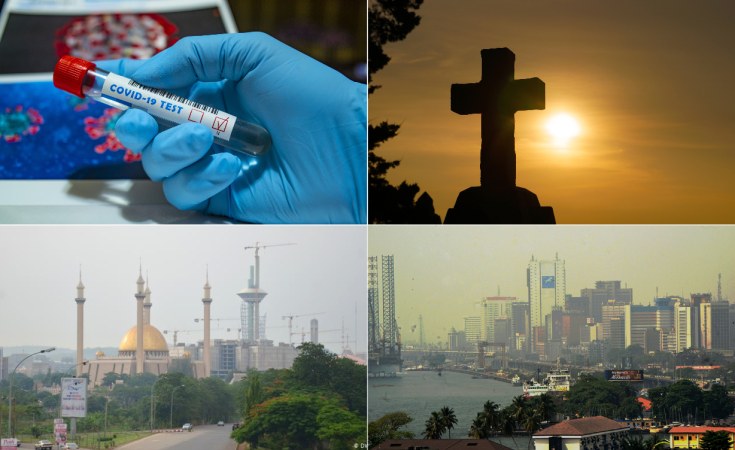 While I was growing up, Sallah used to be one of my happiest days and it is till now. Then, my mum would measure our legs with brooms and took it to the Lagos big market, Idumota, where she bought shoes for us. We're five. Four boys and one girl. She bought same sets of Ankara for us every year. Once she was back from Idumota, she would ask us to insert our legs in the shoes if they were our size. Later, she would ask us to take the Ankara materials to our tailors. It was only my elder sister, Fatimah who had a different tailor.

Two or three days to Sallah, we would go back to our tailors to ask if they had sewn it. I used to huff and puff whenever we were approaching our tailors shop. We would go to Fatimah's tailor before ours. You know why I huffed and puffed? Our tailor, Mr. Abdullah, did disappoint us sometimes. I can't even count how many Sallahs we didn't wear our Sallah clothes because he didn't sew the clothes. He would ask us to forgive him that he didn't mean to hurt us. Our third-born would rage and told him that he shouldn't expect us during the next Sallah. Once it was a week or six days to Sallah, we would still bundle ourselves to his shop again.

On Sallah, I did wake up as early as possible and scurry to the bathroom. Once I was through, with my modicum towel like a hand towel, wrapped round my waist, I would scurry back to my room. There, mum would've served my hot tea, bread and fried egg on my table. After devouring it, I would wear my Sallah clothes and join my brothers and sister outside, where they stood vivaciously with mats and children glasses glued in their faces.

On our way to the praying ground, we would be eyeing ice cream, doughnuts, sweets, paper caps and other children's toys that some muslims and non-muslims exhibited by the roadsides. I did ask my brothers to let us get some of these stuff before going to the praying ground. They would say we shouldn't until we were through with the prayers. Soon as we were through, we would buy ice cream, doughnuts and others we could afford. From there, we would visit our relatives who gave us money and food. Those were the good old days.

Last year Sallah was as beautiful. There was no Coronavirus. The world economy was stable. Businesses were lucrative. Millions of muslims and non-muslims didn't lose their job over crippled economy. Parents could afford to serve food on their tables. Plus, parents could get fashionable clothes for themselves and their offsprings.

Muslims across the globe observed the Eid prayers in mosques, large halls and in the open as usual after listening to sermons. These and many more would be unachievable this Sallah.

Who Said Churches, Mosques and Synagogues Are Not Essential Services?