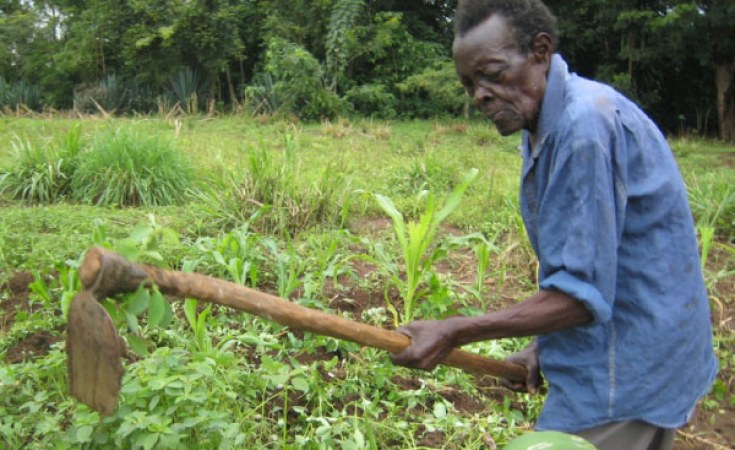 Agriculture matters -- maize, tea and dairy -- have been dominating Rift Valley politics, and the recent reforms have provided fresh fodder for politicking as the warring camps in the ruling Jubilee Party adopt opposing views.

This is likely to cause a sharp split among leaders, as farmers from the region pressurise the government to hasten the process of reviving the sector that forms their economic bloodline.

It puts Deputy President William Ruto, who seeks to succeed President Uhuru Kenyatta in 2022, in a tight spot, as leaders from the region accuse him for failing to champion farmers' interests.

Mr Kutuny on Sunday told the Nation they have started talks with Agriculture Cabinet Secretary Peter Munya on how to improve the sector.

"Of course the government will never stop buying maize from farmers, we are in talks with CS Munya and at the moment the ministry is working on a policy framework which it has been lacking," said Mr Kutuny.

Farmers have censured some lawmakers for being vocal in the region's politics but remaining tight-lipped on issues affecting agriculture.

The growers cited the 2018 maize scandal, which involved some ministry officials, administrators, traders and some National Cereals and Produce Board (NCPB) officials where cartels that delivered maize to the government agency were paid at the expense of farmers.

"It is quite unusual for elected leaders to remain tight-lipped on issues like maize, tea and dairy, which form our source of economic livelihoods," said Mr Patrice Chepkwony from Ziwa, Uasin Gishu County.

The issues bedevilling the sector, a key factor in Rift Valley politics, is likely to worsen following the government announced that it will no longer buy maize from farmers.

"The government will not directly buy, sell maize or set prices of maize. It will no longer purchase, distribute, sell or set prices of fertiliser, seeds or any farm inputs," Mr Munya said.

The changes will see NCPB release seven million bags of space through competitive commercial leases to encourage early participation of the private sector and the establishment of warehouse receipt housing system.

The controversial issues put in the spotlight the DP and other elected leaders, as farmers pressurise the government to increase funding to agricultural bodies, such as Agriculture Finance Corporation, to empower them to access more credit facilities and increase subsidies on inputs.

Dr Ruto and other leaders are in a tight situation ahead of 2022 elections. "We are monitoring activities of these elected leaders closely, and those who are not articulating our issues will be voted out come the next General Election," said Mr David Kosgei from Moi's Bridge, Uasin Gishu County.

But the DP's allies on Sunday took a jab at Mr Munya, accusing him of introducing changes without carrying out public participation.

Soy MP Caleb Kositany said: "Where did the reforms announced by CS Munya come from? How do you introduce changes without involving all the stakeholders? Until the Ministry does that, those reforms are null and void."

Belgut MP Nelson Koech wondered why the government would come up with such initiatives when governments around the globe are providing markets to their farmers.

Dozens Dead in Protests After Death of Oromo Singer in Ethiopia
U.S., Canada and Africa