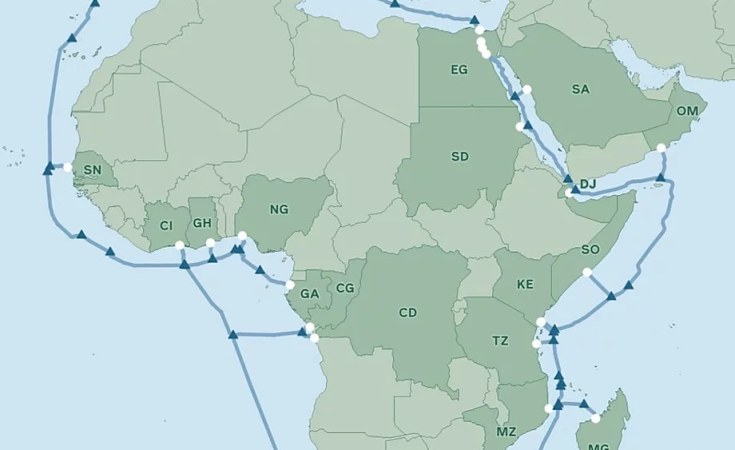 INTERNET access is growing steadily throughout Africa, but there are still key barriers.

Sub-Saharan Africa has seen steady growth in mobile broadband coverage in recent years and this trend shows no sign of slowing. Indeed, GSMA's figures show that in 2018 about 23 per cent of the population were mobile internet users, with this figure expected to rise to 39 per cent by 2025.

GSMA is an industry organisation that represents the interests of mobile network operators worldwide. More than 750 mobile operators are full GSMA members and 400 other companies in the broader mobile ecosystem are associate members.

However, compared to the global average, this figure remains low, stopping millions of Africans from engaging with the digital economy. During the ongoing coronavirus pandemic we have seen the incredible importance of ecommerce and digital transactions, which is crucially linked to mobile money and the connectivity provided by telcos.

Without access to the internet, sub-Saharan Africa will find itself increasingly behind the rest of the world's economic development, especially during the revitalisation of the post-Covid-19 economy. To overcome this challenge, rapid and large-scale 4G adoption will be required.

In many African countries this process is already taking place, as telcos begin to phase out older generation mobile technologies. Indeed, 2019 itself saw the region's 3G adoption overtake 2G for the first time, with 4G set to do the same around 2023, showing the rapid maturation of the market.

The increase in 4G deployments is in fact moving at such a pace that many governments' broadband plans are leapfrogging 3G altogether, going directly from 2G to 4G. As a result, these government policymakers will play a huge role in bolstering sub-Saharan Africa's 4G adoption in the coming years.

However, the region faces a number of key challenges which need to be overcome before it can grow to its full potential as a mobile internet market. Barriers to 4G adoption in sub-Saharan Africa For the vast majority of internet users in sub-Saharan Africa, their only access to the web is through their mobile phone.

The next billion people to enter the mobile ecosystem will be digital natives with little exposure to PCs, becoming what Akinwale Goodluck, the GSMA's head of sub-Saharan Africa, calls the 'Mobile-Only Generation'.

"Their first and consistent access to the internet is through mobile devices," he explained in a video conference with media recently.

While this naturally presents telcos with less profitable fixed broadband opportunities, the focus on mobile connectivity instead opens up new revenue streams, such as a booming app and digital content market in these non-English speaking regions.

Streaming services in particular have a huge potential market in the region, with Mr Goodluck citing Netflix's recent mobile-only tariff in India as a sign of things to come for the African market. However, an explosion of content is not enough to drive more users to the internet.

While growth remains steady, 4G network coverage itself remains a problem for sub-Saharan Africa, despite industry innovation allowing for cheaper and wider reaching base station deployments than ever before. Today, 750 million people living in Africa are still without coverage, even as 4G demand continues to rise, in part due to an increase in affordable smartphone technology.

Limited coverage, however, is just one part of the problem. Perhaps the greater issue is that internet usage of those covered is still comparatively low; GSMA figures showed that 62 per cent of the over 800 million people in sub-Saharan Africa covered by a mobile broadband do not use it to access the internet.

Mr Goodluck compared this phenomenon to building highways, only to ride bicycles on them, explaining that many users in the region will only seek access to mobile broadband if they can see a direct financial benefit to themselves.

"For people in sub-Saharan Africa, they see no reason to invest in a data portal because of their poverty level," explained Mr Goodluck. "People will only invest in what will drive their economic well-being - if they don't see the value proposition of the internet, then they won't go online."

Part of the issue here is the affordability of mobile broadband, which often prices out a large portion of the local demographic. However, all key enablers remain low, with infrastructure, affordability, consumer readiness, and content and service availability all lagging behind the global average.

Now is the time to tap sub-Saharan Africa's 4G potential As we can see, there is still much work to be done to fully harness this region's enormous mobile broadband potential. However, the industry is working closely with stakeholders at all levels to make 4G not only more available, but more appealing.

Advances in smartphone technology are making devices more affordable and accessible for the customers, while innovation in 4G infrastructure by companies like Huawei is similarly making deployment more cost-effective and efficient for the operators.

The industry is also coordinating with international bodies, such as the ITU, GSMA, the World Economy, and the World Bank, to launch a call-to-action to ensure that network remains available and can continue to offer good quality service and customer experience.

But for Mr Goodluck, the key to overcoming the lack of mobile internet usage is leveraging local content services to stimulate demand.

"Across sub-Saharan Africa, we see Facebook, Twitter, and WhatsApp have become the pre-dominant platforms for social commerce. A lot of business is happening and that also leads people in developing the right connectivity infrastructure," he said.

Customers, operators, legislators, and industry stakeholders are all ready for the 4G boom to take place, but to truly kickstart 4G adoption all parties must find a way to make this connectivity more relevant to the end-user. "Content must be relevant to people's lives, whether it is governance, banking, social networking, or contact-tracing functions during the pandemic," said Mr Goodluck.

"We need to understand what people require, what benefits they would like to see, and then work out how to bring them online." Operators must find a way to convey to their customers in this region exactly how 4G content and services could enhance their day-to-day lives - only then will the mobile broadband usage gap begin to shrink and the market will flourish. 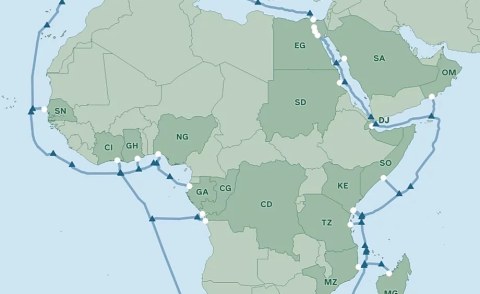 Universal Internet Access in Africa Will Cost U.S.$100 Billion
Tagged:
Copyright © 2020 Tanzania Daily News. All rights reserved. Distributed by AllAfrica Global Media (allAfrica.com). To contact the copyright holder directly for corrections — or for permission to republish or make other authorized use of this material, click here.