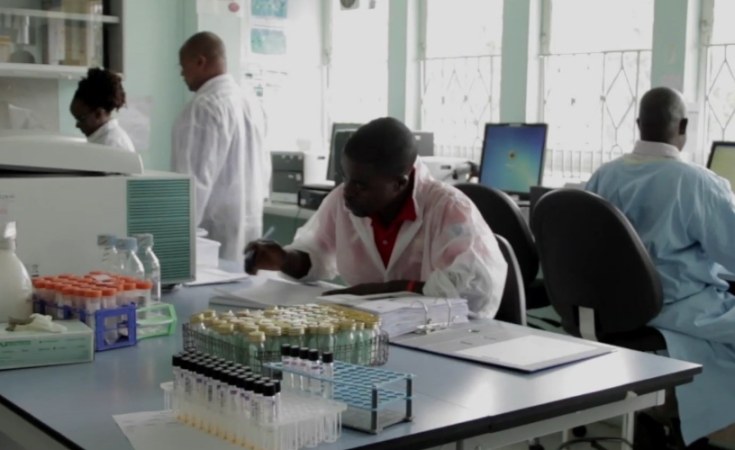 Rwandan medical researchers have discovered a new pooling algorithm of COVID-19 mass testing. It was conducted, approved and applied in Rwanda.

The newly discovered testing method combines samples, tests them in groups and bears the same results as other methods of mass testing.

The new method that has proven to be more effective was applied in a survey testing that led to easing lockdown on May 1st. It was conducted in 30 per cent of the health facilities across the 30 districts of Rwanda.

The research was published on Cornell University on April 30 after being worked from March and has proven to be effective.

Using the new method, the cost of mass testing could be reduced since one test kit can be used for several people. If infected individuals are quickly and effectively quarantined, the prevalence will fall and so will the costs of regularly testing everyone.

In the published research paper, the recent experiment screened 1,280 individuals using only 64 tests, an efficiency gain of 20.

The latter justifies the fall of COVID-19 curve since late April. Majority of new cases are imported and contained.

According to one of the researchers, Dr. Leon Mutesa, other countries such as South Africa are requesting that Rwanda assist them to apply the same algorithm.

One of the factors that prompted the research was the cost and time it took to test. Both factors are essential in effectively fighting COVID-19.

Rapidly identifying and quarantining infected individuals is one of the most important strategies available to contain the virus. However, each diagnostic SARS-CoV-2 test costs 30-50 US dollars.

For the new algorithm, at low prevalence, this testing procedure uniquely identifies infected individuals in a small number of tests and therefore cuts the cost and time spent on average testing.

"We report proof of concept experiments in which a positive sample was detected even when diluted a hundred-fold with negative samples," the published research paper reads in part.

The time factor of the new algorithm has proven to be even more suitable for a rapidly spreading infectious disease like COVID-19 because infected individuals who are still at large can infect others.

"Such a strategy provides a possible pathway to the long-term elimination of SARS-CoV-2."

The first step in testing, swab collection, is labour intensive. The next step involves machines that require expensive chemical reagents, currently in short supply, as well as skilled personnel.

Rwanda has recorded a total of 327 COVID-19 cases since March 14 when the first case was reported. 237 of those have so far recovered which means there are only 90 active cases.