Rwanda: Transit Cargo Destined for Uganda, Rwanda and S.sudan to Be Transported By SGR 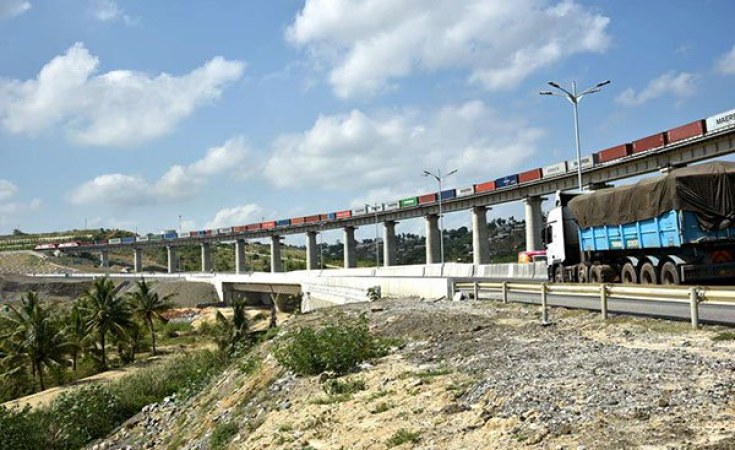 Nairobi — Transit cargo destined for Uganda, Rwanda and South Sudan will be transported by Standard Gauge Railway (SGR) to Naivasha then to Tororo Kampala from June 1st, the government has said.

Transport Cabinet Secretary James Macharia said the move was arrived at during a meeting with his counterparts from the three countries as a key measure to curb cross border transmissions of COVID-19.

"All transit cargo/containers transported on SGR will be armed only at the Inland Container Depot (ICD) AT Naivasha to be tracked through the Regional Electronic Cargo Tracking System," a part of the statement read.

Macharia further pointed out that all cargo railed to the Inland Container Depot at Naivasha will be collected by trucks to the partner states via Busia or Malaba.

He however, pointed out that fuel products will be transported by pipeline to Kisumu and thereafter through Lake Victoria to Port Bell or Jinja in Uganda.

Cases of coronavirus among truck drivers who transport cargo across East African member states have tested positive with high numbers prompting Kenya to close its borders with Somalia and Tanzania.

Kenya has subsequently banned any truck driver who turn positive at the border from corssing into the country, with Tanzania having adopted a similar approach lately.

Since the border closure, Tanzanian government officials in Arusha and other border towns have publicly protested, accusing Kenya of discriminating their truck drivers.

Martin Shigella, the Tanga Regional Commissioner was blunt last week, declaring that no Kenyan truck driver will be allowed to cross into Tanzania, accusing them of exporting COVID-19 to the country which is largely seen as the weak link in managing coronavirus in the region, and the world. He also warned Tanzanians against buying goods in Kenya.

But on Wednesday, President John Pombe Magufuli announced on a tour to Singinda region, that "COVID-19 pandemic will not threaten our association with Kenya."

He said he had held talks with his Kenyan counterpart Kenyatta, and agreed to have their ministers resolve the matter.

"Our economies need each other, our onions are sold in Kenya and Kenya exports milk and other items here," he said, rooting for a diplomatic solution to the crisis.