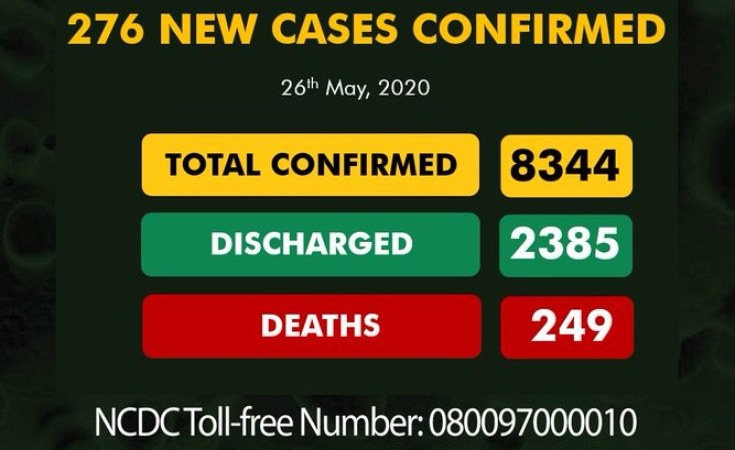 Nigeria, on Tuesday, reported 276 new cases of COVID-19 bringing the new tally of confirmed cases in the country to 8, 344, the Nigeria Centre for Disease Control has announced.

Nigeria recorded one of its highest daily death figures since the beginning of the outbreak as 16 people were reported to have died from the virus on Tuesday, bringing the death figure to 249.

Lagos state remains epicentre of COVID-19 in the country and it also reported the highest daily figure from the virus on Tuesday.

The figures of confirmed cases in the country has been fluctuating in the past few weeks.

As cases continue to increase, the NCDC has cautioned older people and those with pre-existing medical conditions such as diabetes and cancer, to observe all the necessary precautionary measures as they are at a higher risk of complications from COVID-19.

The agency said face masks are to be used as an additional layer of physical distancing while out for essential services.