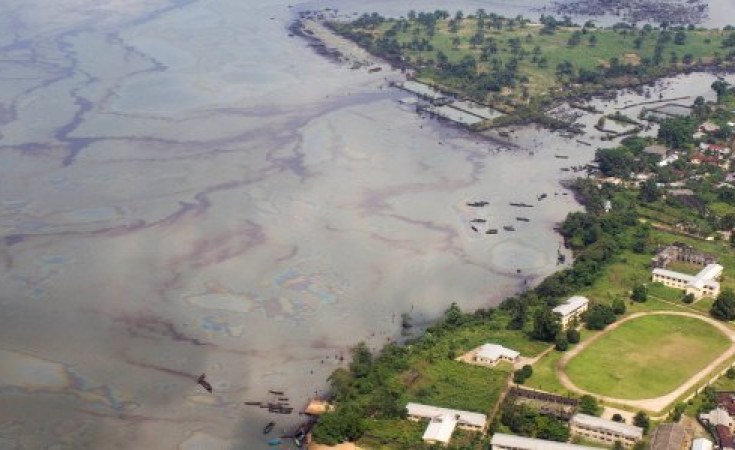 Mr Pondei made the disclosure on Tuesday while addressing journalists in Port Harcourt, Rivers State while making clarifications on allegations of corruption levelled against the Interim Management Committee (IMC).

The acting managing director said that billions of naira was appropriated for the non-existing projects.

He said the interim management committee made the discovery while investigating the 2019 appropriation to the commission.

The News Agency of Nigeria (NAN) reports that President Muhammadu Buhari had in 2019 ordered a forensic audit of NDDC finances which took effect on April 22.

According to the acting managing director, the NDDC 2019 budget will terminate on May 31 without any project executed in the region during the fiscal year.

"We discovered that after NDDC forwarded its budget to the National Assembly Committees on NDDC, what was sent back to the commission was no longer recognisable.

"The 2019 budget was classically over padded, with almost 500 new projects inserted to it when it was sent back to us.

"We found out the budget appropriation was done in such a way that meaningful projects were allocated very little sums of money.

"It is unfortunate that the 2019 budget will expire on May 31 without any project executed in the region. It was passed two months to the end of its implementation period.

"It is worrying that rather than being a major intervention agency, the commission has been reduced to erecting street lights and constructing drainages, something local governments should do," he said.

Mr Pondei described as false the allegations by some groups that the IMC misappropriated billions meant for the development of the Niger Delta.

He said the allegations were the handiwork of people and groups who were afraid that the ongoing forensic audit would reveal their corrupt dealings with past NDDC managements.

The acting managing director said the ongoing probe by the national assembly committees on NDDC was meant to arm-twist and force the IMC to tamper with the forensic audit.

"We have faced so much pressure from some members of the National Assembly not to send certain files to forensic auditors. We refused because we fear this will compromise the process.

"Similarly, we have also faced pressure to pay for 132 jobs which have no proof of execution as well as pay out N6.4 billion for those jobs.

"We believe that an IMC set up as a cleansing structure cannot become part of an old story of rot," he said.

Mr Pondei added that the IMC was committed to breaking the stranglehold on the commission by some politicians who had turned NDDC to their cash cows.

He gave the assurance that IMC was fully focused on delivering Mr Buhari's forensic audit of the NDDC finances before the expiration of the committee's tenure in December.

'Shell Nigeria's Operations Could Be Under Scrutiny in 2020'
Tagged:
Copyright © 2020 Premium Times. All rights reserved. Distributed by AllAfrica Global Media (allAfrica.com). To contact the copyright holder directly for corrections — or for permission to republish or make other authorized use of this material, click here.