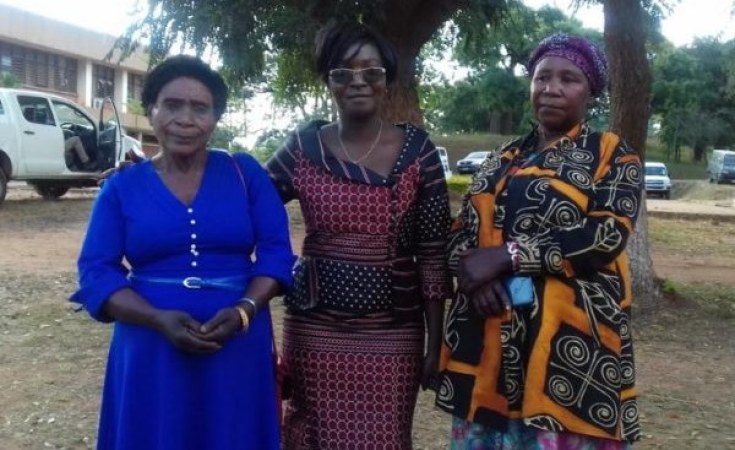 A heart-warming moment as children who were taken by the Social Welfare Office in 1997 and allegedly given to an orphanage, were finally reunited with their biological mother Margret Bwanali at an emotional ceremony on Monday in Mchinji after 20 years.

The mother, 58 said the children, who were one year and two years old, respectively, were fostered by Social Welfare Office in Lilongwe and put at Home of Hope Orphanage in Mchinji in 1999 after her husband died and left her with 14 children.

"I had problems raising 14 children and a certain organization, Utatu Oyera took the children to take care of them, but later the Social Welfare Office told me that the children will be sent to Mchinji at an orphanage where they will be taken care of," she said.

However, Bwanali said after several attempts for years to see her children provide futile until she reported the matter to Police and the office of the Ombudsman.

Ombudsman Martha Chizuma, who is a Commissioner for Malawi Human Rights Commission (MHRC), said she received a complaint from Bwanali three months ago on her missing children and traced them.

Chizuma said after the issue surfaced in the media the social welfare and the MHRC worked hard to trace the children through files in Mchinji and Lilongwe where details emerged that the children were handed to foster parent, Mary Sundwe who owns Chikondi Community Based Organization at Kamwendo in Mchinji.

"Right now the children are grown up, one is a Luanar graduate and the other one is working at a certain organization in Ntchisi. The children need to be given time to digest what has happened because they were raised by the foster parents and they did not know they had a different mother until yesterday," the Ombudsman said.

Chizuma said due to lack of laws in the 1990's the guiding law on children and young person's act it was difficult for the biological mother to follow up on the children since they were not adopted through the courts.

She said she was grateful to the foster mother who struggled to raise the kids up to University level saying since the children are now adults they would make their own decision on the way forward.

Director of Social Welfare, Dinah Gumulira said through records and research the children were traced but with difficulties due to time lapse.

"People who were handling the issue, some had died and some retired and it was difficult for us to locate the children but we are glad that the children have been found," she said.

Sundwe the foster mother said she raised the children as her own but she visited the Social Welfare Office in Mchinji several times and met late Mr Nkhoma to trace the biological parents but without success.

"We changed their names because when we were given the children by the Social Welfare Office they were known by their first names only," she added.

Sundwe said she was glad her real biological mother has been found and that the children now have two families.

The two, who are now 24 and 26 asked for time to hear the side of their story saying they are digesting the news they had just received.