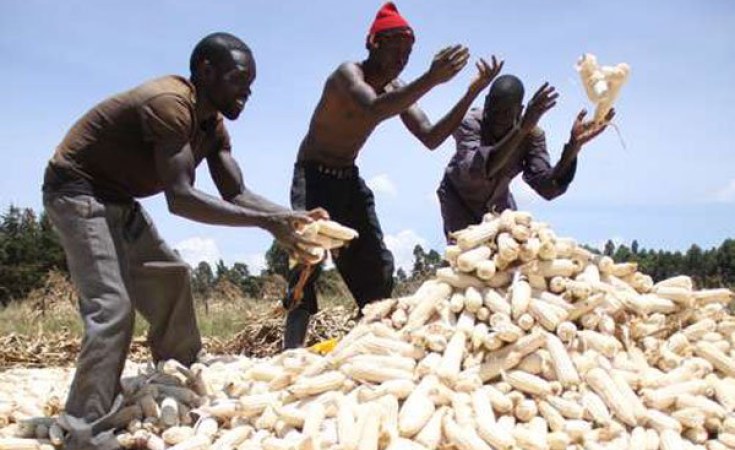 Senators have criticised the move by the government to stop buying maize from local farmers, saying the decision is aimed at punishing farmers for political expediency.

The Ministry of Agriculture announced the new policy, arguing that its focus will henceforth be on creating an enabling environment for producers and traders to execute commercial decisions.

Cabinet Secretary Peter Munya said the decision is part of the Agriculture Sector Transformation and Growth Strategy 2019-2029, which is aimed at boosting food security in the country.

Under the new policy, the ministry will also not set prices of fertiliser, seeds or any other farm inputs.

The government has in the past bought the grains from local growers through the National Cereals and Produce Board (NCPB), but the process was marred by runaway corruption.

The lawmakers dismissed the explanation given by the ministry and accused Mr Munya of systematically targeting communities in parts of the Rift Valley to settle political scores.

"This is politics. The CS must provide a policy document detailing what informed the decision. Farmers in the Rift Valley are being targeted systematically," Elgeyo-Marakwet's Kipchumba Murkomen said. He attributed the policy shift to the political wars in the Jubilee Party.

"I want to tell Mr Munya to leave farmers out of the Jubilee Party wars," he said. "There is a good reason all the post-independence regimes have procured cereals locally from farmers."

Nakuru Senator Susan Kihika described the new policy as "crazy" since no reasons have been given.

The ministry also announced it will soon import four million bags of maize, a move that Ms Kihika said does not make sense since farmers still have stocks from last year's bumper harvest.

"It is like cutting your nose to spite your face," she said.

The matter was brought to the floor of the Senate by senators George Khaniri (Vihiga) and Samson Cherargei (Nandi) who warned that failure by the government to provide interventions to farmers during the Covid-19 pandemic posed existential danger to the country.

"The ministry has every year declared the country food insecure but there has been no elaborate plan to address the issue. The only thing they do is to suppress the farmers," said Mr Cherargei.

The CS has, however, dismissed as "total lies" assertions that the government had stopped purchasing maize from farmers.

He said when the government was directly buying the maize, it was middlemen who benefited. He added that under the new proposal, the National Cereals and Produce Board will be converted into a trading division where the government will buy maize from farmers indirectly and sell it in the market at commercial rates.