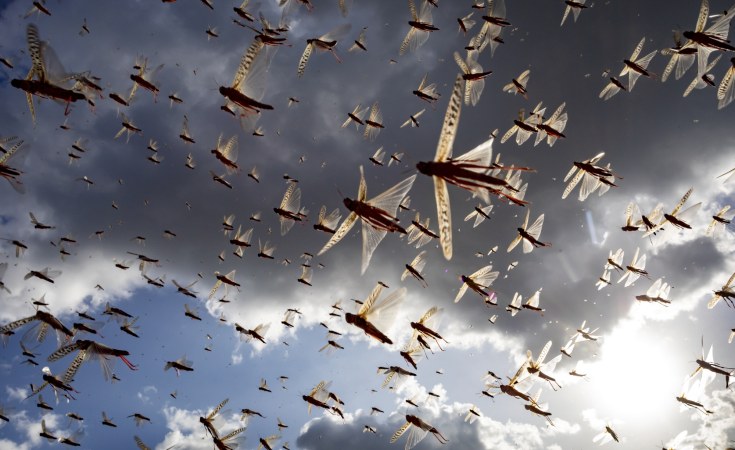 The current situation remains extremely alarming in East Africa where Kenya, Ethiopia and Somalia continue to face an unprecedented threat to food security and livelihoods. New swarms from current breeding will form from mid-June onwards, coinciding with the start of the harvest. Thereafter, there is a risk that swarms will migrate to the summer breeding areas along both sides of the Indo-Pakistan border as well as to Sudan and perhaps West Africa.

In Kenya, more hopper bands have been detected in the northwest where control operations are ongoing. Mature swarms are still present in some places and a few of these swarms moved into southeast South Sudan (Kopeata East district) on 14 May and northeast Uganda (Moroto district) on the 20th. In South Sudan, earlier breeding is in progress near Torit. In Sudan, mature gregarious adults reached the White Nile region on the border with South Sudan on the 15th. In Ethiopia, control operations continue against breeding in the south as well as hopper bands and several mature swarms further north in the Somali region near northwest Somalia. In Somalia, new hatching started in the past few days in central (Galmudug), northeast (Galkayo), and northwest (Somaliland) areas. In Sudan, rains are forecasted in the southern portion of the summer breeding areas (South Kordofan, White Nile) during the last week of May and again in the second and third weeks of June. If this occurs, then breeding conditions should be improving when swarms are likely to arrive from Kenya and Ethiopia after mid-June.

The situation is currently calm. There is a risk that a few swarms from spring breeding areas in Arabia and East Africa (Kenya and Ethiopia) could reach the eastern part of thee Sahel in eastern Chad starting from early June if they migrate before the summer rains commence. While the current threat remains low, it can change significantly in the coming weeks based on rainfall, winds, and the locust situation in Arabia and East Africa. Therefore, investments in preparedness and anticipatory actions should be immediately and quickly scaled up to face this potential threat. 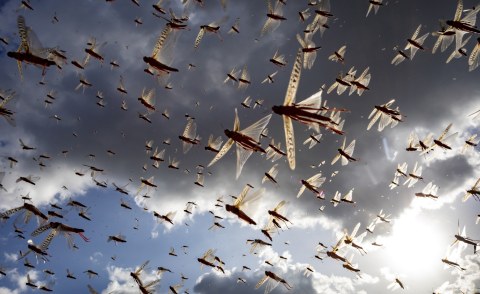 Fear as New Locust Swarms Invade Kenya
Tagged:
Copyright © 2020 Shabait.com. All rights reserved. Distributed by AllAfrica Global Media (allAfrica.com). To contact the copyright holder directly for corrections — or for permission to republish or make other authorized use of this material, click here.