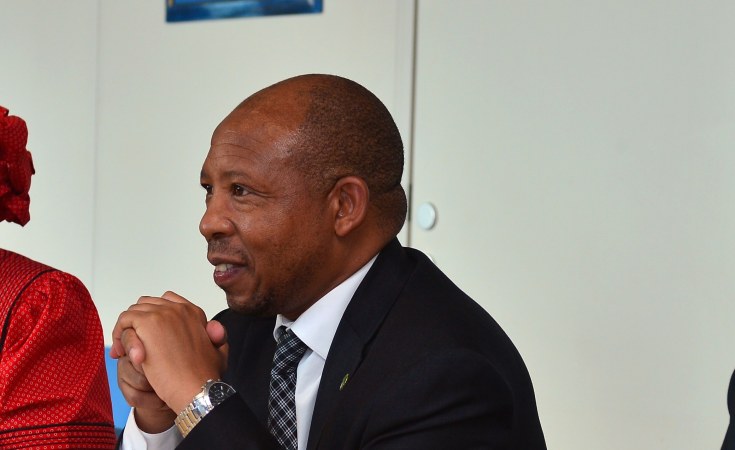 Business leaders interviewed by the Lesotho Times described Dr Majoro as an experienced technocrat with the expertise and wherewithal to purse correct policies to revive an economy in the doldrums, ravaged by the deadly coronavirus (Covid-19) pandemic.

The pandemic which had by yesterday killed more than 323 000 people worldwide and infected about five million, has atrophied the world economy. Its consequences are particularly dire on smaller countries like Lesotho which were already struggling even before it broke out. While other countries have scrambled to help their economies and save jobs, in light of the devastation wrought by the pandemic, Lesotho is yet to emerge from its slumber.

Expectations are high that Dr Majoro relatively young at 58 and energetic, would now take the cudgels and mobilise international support to rescue the economy and the battered business sector, unlike his old predecessor Thomas Thabane whom critics accused of sleeping on the job.

While wishing Dr Majoro well in his new role as head of government, Nedbank Managing Director, Nkau Matete, said like all players in Lesotho's business sector, he was looking forward to a stabilised economy under the new government.

Mr Matete said unless there was stability and progressive continuity within government, it would be very difficult to woo foreign direct investment (FDI) into the economy. Most investors wanted to put their money in a stable environment that offered good returns. Without political stability and continuity, Mr Matete said, there would be no incentive for businesses to invest.

"Other than that, as part of the business sector, we offer our full support to the new government and we are willing to discuss any outstanding issues with them if they invite us. Previously, we have found it difficult to engage with the government because we realised that politicians forget about us once they come into power. We believe in engaging with the government so that together we can revive the economy," said Mr Matete.

Mr Matete noted that the new government had come in at a time when the country was facing its greatest challenge from the Covid-19 pandemic. The business sector was not therefore expecting miracles from the new government but would want to be consulted more on matters of reviving the economy during and after the pandemic.

"There is no one brain that can solve this problem. Government, together with businesses and the society at large must come together to find lasting solutions to revive the economy post Mr Thabane's government and post Covid-19," said Matete.

Dr Majoro is also being urged to urgently restore good governance and the rule of law as the Thabane regime's ineptness had attracted bad headlines for Lesotho worldwide and marred investor sentiment.

President of the Lesotho Chamber of Commerce and Industry (LCCI), Ntaote Seboka, said corruption, bad governance and general lawlessness had become a byword for Mr Thabane's outgoing government. As a result, business confidence had been severely dented. Now was the right time to correct these wrongs, Mr Seboka said.

The LCCI president said Lesotho's image on the international scene had suffered severely as a result of these practices. The end result had been the collapse of businesses and constricted investment resulting in rampant unemployment.

He urged Dr Majoro to ensure that the Directorate on Corruption and Economic Offences (DCEO) acted decisively to root out rampant corruption in the public sector. Mr Seboka also called for the downsizing of the cabinet and other top government posts to save the national purse for productive purposes.

Being the technocrat that he is, Dr Majoro should lead by example and use his sound economic knowledge to foster efficiency and delivery, Mr Seboka said. Service providers to the government must be paid timeously. Local companies must also help the new government by participating meaningfully in infrastructure and economic development.

The accounting profession says it hopes to work with the new government to tackle issues of health, education, security, protection of local products and services, and promotion of local power generation which are all priority areas in ensuring economic growth.

Lesotho Institute of Accountants (LIA) chief executive, Monyaola Mosoloane, said the accounting profession had identified these five as priority areas to reviving the economy. Mr Mosoloane said Dr Majoro's government should ensure good health care and good health infrastructure not just as a result of the global Covid-19 pandemic but as a source of wealth creation. A healthy population was a productive population with the means to work hard and end poverty.

Likewise, a good education system meant that jobs would be readily taken by qualified youths, who were not only ready for the job market but were able to create more employment themselves. He said globally, small businesses were responsible for boosting economies. As such, Dr Majoro's government should device a viable support structure to support small businesses.

Mr Mosoloane said investors considering Lesotho needed to be assured of a secure environment that is peaceful and stable. The new government should thus foster political stability and the rule of law.

There had been a number of local power generation projects that had been on the cards for long but were never executed, he said. The new government should immediately revive these. He gave as an example the Mafeteng solar power generation project which he said had been on the cards for a long time, as being among those requiring instant revival. Above all, he said, government should promote and protect local industries and capacitate them to compete globally.

"During the current lockdown we have realised that more and more people in Lesotho are consuming local products such as vegetables, poultry, pork, Seshoeshoe (cloth for making Coivid-19 masks) and others. We are therefore calling upon government to capacitate local producers to enable them to export their goods and compete on a global market," he said.

Head of the European Union (EU) Delegation to Lesotho, Christian Manahl, said the diplomatic community was relieved that a long-standing political stalemate in Lesotho had finally come to closure. The EU had worked tirelessly, together with the Southern African Development Community (SADC) and the South African government, in mediating in Lesotho's political problems.

"We look forward to working with the incoming Prime Minister Dr Majoro and his government to assist Lesotho in addressing immediate challenges like the COVID-19 pandemic and its consequences, as well as implementing the national reforms. At the same time, we have already started dialogue on longer-term objectives of sustainable social and economic development in the context of our cooperation after the Cotonou agreement, which expires at the end of this year," said Dr Manahl.

The Cotonou Agreement is the overarching framework agreement for EU relations with African, Caribbean and Pacific (ACP) countries. ... It is the most comprehensive partnership agreement between developing countries and the EU, covering the EU's relations with 79 countries, including 48 countries from Sub-Saharan Africa. It was signed in Cotonou, Benin, in June 2000.

He expressed confidence that if political stability is achieved and economic reforms are implemented, the business climate in Lesotho would improve. There would be renewed growth and more employment opportunities for the youth and the general working population.

Dr Manahl said he was particularly impressed with the new government's promise to root out corruption as that had failed in the previous governments of Messrs Thabane and Pakalitha Mosisili.

"I am told that before the 2017 elections - before my arrival in the Kingdom -- the All Basotho Convention campaigned with the promise to root out corruption. Unfortunately, little has been done in this respect. But there is still time for the ABC to deliver on this promise before the next elections," he said.

The head of the EU delegation nevertheless conceded it would be difficult for Dr Majoro to immediately develop and outline immediate tasks in his first 100 days in office as much of the economy and social landscape had been badly affected by Covid-19.

Transformation Resource Centre (TRC) director, Tsikoane Peshoane, urged Dr Majoro to rein in the government's profligate spending and strive to achieve efficiency in the public sector. Lesotho would always teeter on the edges of bankruptcy unless the cabinet and entire public service was trimmed.

"Dr Majoro must downsize the cabinet. We can't have such a huge cabinet. We must get rid of the patronage system where leaders compensate each other with positions. Mr Thabane did it with his first government it didn't help. It happened with Mr Mosisili but didn't work either... Mr Thabane repeated it again in his second tenure but it failed," said Peshoane.

A leaner cabinet could easily be trimmed via the merging of ministries which were unnecessarily splintered to create jobs for the boys.

He also urged Dr Majoro to recruit technically competent principal secretaries (PSs), who were not politicians, to deliver on their various mandates.

Mr Peshoane said the government must set up relevant state-owned enterprises to look after strategic interests and absorb some of its excess workforce. But more importantly, Dr Majoro must strengthen the private sector to enable it to create jobs and absorb those that must be weaned off from the public sector.

Mr Peshoane urged Dr Majoro to self-introspect and examine his own pitfalls. He urged the new PM to graduate from being "a politician" to an "idealist" driven by the desire to make Lesotho a better place for its citizenry.

"We saw him congratulating Professor Nqosa Mahao after their party's elections last year but later he was fighting him. He must jettison that behaviour and preach unity. He has preached austerity but the question is: does he have the capacity to follow through with his brilliant ideas?" he said.

Dr Majoro should "think outside the box or without the box at all" to avoid falling into either Mr Mosisili or Mr Thabane's predicaments.

UK-East Africa Trade Pact May Split as Brexit Deadline Looms
Tagged:
Copyright © 2020 Lesotho Times. All rights reserved. Distributed by AllAfrica Global Media (allAfrica.com). To contact the copyright holder directly for corrections — or for permission to republish or make other authorized use of this material, click here.