Africa: Britain Needs African Partners After Brexit - It Must Not Neglect the Continent Now 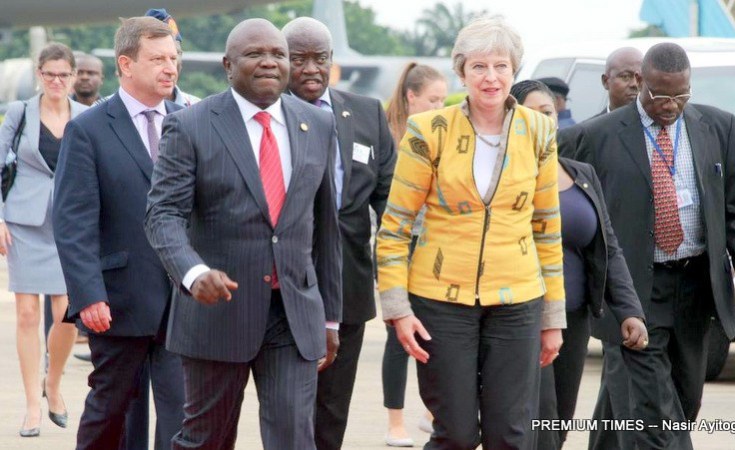 These are uncertain times, for Africa as much as for Britain. Will they prove each others' friend in need? Or will circumstances pull the UK and African countries apart? It will all depend on what priority each gives to the other.

For many years following the independence of its former African colonies after the second world war, Britain continued to play an outsize role in African affairs - as an economic partner, a place of education and as a donor. Still, the failure to resolve Rhodesia's Unilateral Declaration of Independence in 1965 and Britain's continuing close relations with apartheid South Africa soured the political relationship with the rest of Africa.

But links remained strong, and between 1992 and 2010, Britain had prime ministers who clearly cared about Africa and supported it politically, economically and internationally. Relations with Britain and the influential role of the Department for International Development (DFID), played a part in the "Africa Rising" narrative of the early 2000s.

Since 2010, the climate has changed. This seems strange, as on the face of it Britain's policies have not. The UK's commitment to spending 0.7% of GDP on aid has been enshrined in legislation. The Commonwealth remains a central part of foreign policy. Britain has been active on international issues affecting Africa, such as climate change, terrorism, Somalia and piracy in the Gulf of Aden. It has also remained one of Africa's biggest trade and investment partners, with imports of fruit, vegetables and flowers growing fast and major outward investments in oil, mining and telecoms on the continent.

But many Africans I speak to, in all walks of life from Senegal to Kenya and Egypt to South Africa, see it differently. What they feel is political neglect and commercial retreat. British prime ministers have visited rarely, at least compared with those from China, France, Germany and the US. British Airways has pulled out of a number of African routes, the British Council has shrunk from culture into just English language teaching and British brands have disappeared with Land Rovers being replaced by Toyotas. Meanwhile, visas to visit the UK are ever more expensive and harder to get.

For the young African generation, Britain is seen as part of the past not the future. Many students tell me that for business they prefer to go to China, for education to the US, Canada or India, for fun to Dubai. For older Africans there is still an affection, even respect, especially for the Royal Family, the BBC and for London - but also a growing feeling of distance.

And many are puzzled by Brexit: why would Britain do this and make itself weaker? Still, many also see it as a golden opportunity to create a more balanced relationship between Britain and Africa - one that includes aid with fewer strings, more advantageous terms of trade, bigger investments, easier visas, cheaper education and, above all, more and higher-level political attention. Respect, in short.

Can Britain respond? The government of the former prime minister, Theresa May, made a useful start by recognising the problem, identifying five strategic shifts that would help reposition Britain on the continent, and visiting Africa to signal this change. Her speech in Cape Town in August 2019 raised hopes of a new start.

Her successor, Boris Johnson carried through on the first part of that plan, holding a well-attended UK-Africa Investment Summit in London in January 2020, and expanding Britain's diplomatic footprint in Africa. The perpetually rotating position of the UK's Africa minister has at last fallen to someone, in James Duddridge, who knows Africa well from a pre-politics career in finance.

Then came the coronavirus pandemic. The health impact in Africa is so far limited - thanks, not least, the swift response of African governments in locking down and preparing their people, who know well enough the perils of infectious diseases. But the economic impact has been immediate and dramatic. Export prices have fallen off a cliff and some exports, including flowers, stopped completely. Tourists have disappeared.

Remittances - normally three times the volume of aid - have fallen by 20-50% world wide, according to the World Bank. In some African countries, lockdowns and transport restrictions are making it harder for the poor to access food.

To reinforce its future partnership with the continent, Britain must step up as Africa's friend in need. African governments need liquidity to replace lost revenue, debt relief to give them breathing space, as well as reinforcement for their health sectors and help with developing and disseminating a vaccine.

Britain has already provided £744 million to support debt relief and developing countries' efforts to combat COVID-19, as well as to provide humanitarian aid and immediate budget support for cash-strapped governments. The government need not be shy of explaining why it is helping others even while Britons are struggling too.

That will help open the door, once Britain's relations with the EU are defined, to mutually beneficial trade and investment agreements with African countries and relations with the continent. When the coronavirus passes, Africa is still likely to have the world's fastest growing population and several of its fastest growing economies. Britain will need Africa as a partner, as much as vice versa. So now is the time to commit.