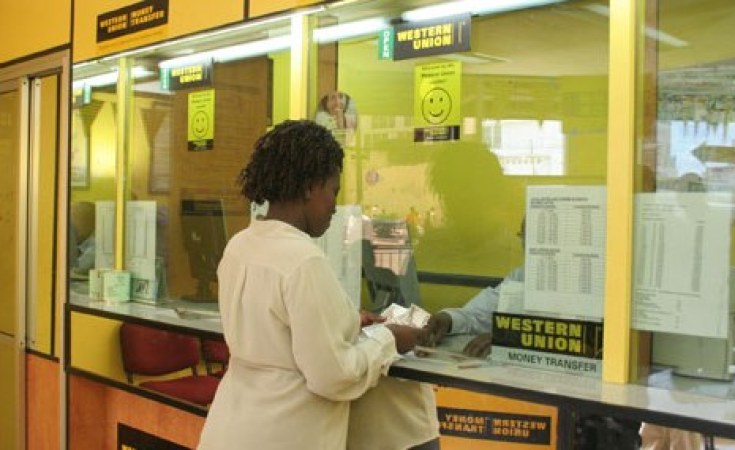 Every year, Africans who live abroad send billions of dollars to their families back home. But the COVID-19 crisis means these remittance flows have dried up. For some, the consequences could be fatal.

The requests keep on coming. From his wife, three children and his four sisters. Ibrahima Bah would send them money -- if he had any.

Before the coronavirus crisis, he worked in hotels and restaurants in Paris. They all closed after lockdown measures were implemented. But his relatives back in Guinea still need his support. "The family keeps calling us," he told DW. "But with no work and with the curfew it is very complicated. But the family simply relies on us."

Many migrants are in the same tight spot at the moment. Their money transfers back home -- also known as remittances -- is usually enough to feed three to four people on average. These remittances have increased significantly in recent years. Worldwide, this 'private aid' intended for family and friends is almost three times higher than official development aid.

But this is about to change. According to estimates from the World Bank, the total amount of remittances during the coronavirus crisis is expected to plummet like never before -- by up to 20% worldwide.

"This is unprecedented in the history of remittance flows ever since we started monitoring them since the 1980s," says Dilip Ratha from the World Bank. Africa will be particularly hard hit by the slump: The World Bank anticipates a decline in remittance flows of up to 23.1%. In 2019, a total of $48 billion (€42 billion) worth of money transfers were sent to sub-Saharan Africa. This year, the figure is likely to be closer to around $37 billion (€34 billion).

This isn't due to a lack of will. "A large number of migrant workers are lower-skilled," says Ratha. "They are also in the informal sector, for example in retail stores, hotels, tourism, farm workers." Many of these sectors have had to cease operations due to lockdown or social distancing measures.

"These migrants are vulnerable," says Ratha. "They are the first ones to be let go or their wages fall fast."

And there's another problem to contend with: Without their own bank account, many of the migrants and their relatives have to process transfers via financial service providers such as Western Union, Moneygram or Ria. These industry giants charge high fees, but have few branches. So local business -- often Afro shops or hairdressers -- serve as transfer agencies. But many have been forced to close during the coronavirus crisis. This means the money can usually only reach Africa through side channels.

Djibo, from Niger, has first-hand experience of this. "My sister, who lives in France, wanted to send money to our mother," he tells DW. "There was a forwarding agent who lives in Marseille. He contacted me and gave me instructions. I went to pick up the money at his cousin's house here in Niamey."

Those who still receive money, like Djibo's mother, can count themselves lucky. "Remittances are a vital source of income for Africa," Kenyan economist Jacob Omolo tells DW.

If money transfers decline during the coronavirus pandemic, the consequences would be fatal for some. With the economy on the verge of collapse in many African countries, money transfers are sometimes the only source of income that money poor families rely on. "We really have to consider the issue of cash transfers for the vulnerable groups," says Omolo. "We also need to consider the issue of food subsidies and also wage subsidies to enable us to protect the vulnerable groups."

Not enough to close the gap

But there is simply not enough money to be able to accomplish this: €105 billion would be needed for Africa to cope with the consequences of the pandemic. So far, foreign donors have pledged over €65 billion -- this still leaves a gap of €40 billion. And that's the kind of money that many governments can't easily find: The pandemic is expected to shrink the economy by more than 5% this year, as the continent prepares to face its first recession in 25 years.

Bob Barry contributed to this article.