Libya: There's No Shortage of Players in Libya's Conflict, But Few Champions for Peace 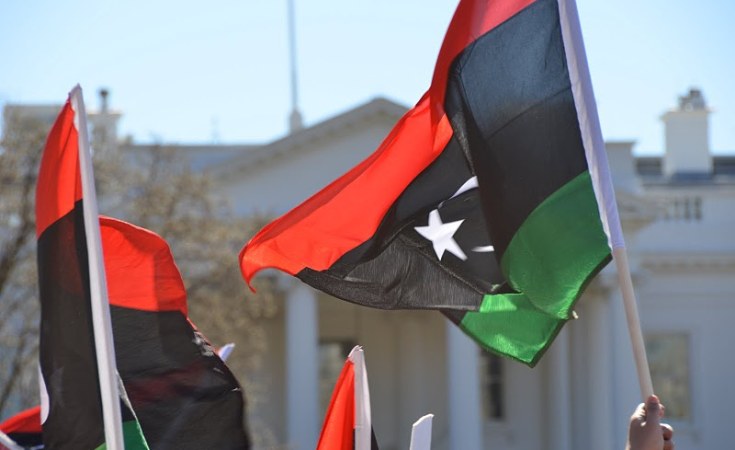 The year-long battle for Tripoli has been heating up in recent weeks despite widespread calls for a ceasefire during Ramadan and the coronavirus pandemic. As the violence escalates and the number of foreigners involved in the fighting multipies, the United Nations Security Council has proven largely inconsequential. The reasons for this are as complex as the politics of Libya's six-year civil war.

Just in recent weeks, fighters allied to Libya's internationally recognised Government of National Accord have made significant gains against their rivals in the Libyan National Army, led by self-proclaimed Field Marshal Khalifa Haftar. Both sides are largely loose coalitions of militias whose internal politics are even more complex than the divide driving the war.

The escalation in fighting in northwest Libya coincides with increasing levels of foreign military intervention and material support being offered to both sides by powerful allies. The Libyan National Army has been most visibly backed by Egypt and the United Arab Emirates. It has also benefited from well-trained Russian mercenaries.

Countering these moves, Turkey has ramped up its support for the Government of National Accord. Ankara has offered advanced weaponry, logistical coordination, and even veteran rebel fighters from Syria. This support has forced Haftar's militias, along with the Russian mercenaries, to make a series of dramatic retreats.

Prominent voices in the international community have reiterated the UN secretary-general's calls for a truce, especially in the context of the coronavirus pandemic. The heads of seven UN agencies issued a statement highlighting the humanitarian catastrophe unfolding in the country.

The highly internationalised conflict in Libya has many owners. But the peace process has lacked clear and consistent leadership.

The UN Security Council has been largely silent on Libya for several months. Even more shocking is that it has yet to find a new chief mediator for Libya. This follows the resignation in early March of Ghassan Salamé, who took the posting in 2017.

By the middle of March, it was revealed that Ramtane Lamamra, a former Algerian foreign minister, was being eyed for the job. But his candidacy was torpedoed in April by the US. This was at the urging of two key allies of Haftar, the UAE and Egypt, as well as Morocco, Algeria's regional rival.

The question then is this: why has no country emerged as a credible champion for peace?

Of the five permanent members of the UN Security Council, all but China have significant historical baggage when it comes to Libya.

During the Italian colonial period after the first world war, Libya functioned as a buffer state between competing French and British imperial interests in northern Africa. When Libya gained independence in 1951 both Britain and the US were involved in grooming the country to become a strong ally in the Cold War. By the 1960s it was a major oil exporter.

Mu'ammar Al-Gaddafi led a military coup that overthrew the Libyan monarchy in 1969. As he became more openly antagonistic to North Atlantic interests, Moscow happily armed the country's military to the teeth in the 1970s.

When a popular revolt overthrew the Gaddafi regime in 2011 with the help of the North Atlantic Treaty Organisation, Moscow lost over $10 billion in arms deals.

The Libyan state that emerged after 2011 soon collapsed into different warring camps in 2014. Though several European and Gulf states had been quick to intervene militarily to defend Libya's 2011 uprising with US support, the Obama administration later learned that they were not as eager to do the heavy lifting of nonpartisan statebuilding in the years that followed.

With the subsequent spread of the Islamic State in Libya and a flood of migrants leaving its shores in 2015, European and American attention began to focus exclusively on the short-term tasks of counter-terrorism and counter-migration. This was at the expense of Libyan reconciliation in the long term.

This short-term thinking also legitimised and empowered various contending participants in Libya's civil war by making them key partners in the campaign against the Islamic State and to control seaborne migration.

When it appeared that Salamé would try to circumvent Haftar and start a national dialogue process, the Libyan National Army launched its assault on Tripoli last April with backing from Egypt, the UAE and Russia.

Despite these aggressive actions and the numerous civilian casualties that Haftar's forces have caused, condemnation from Europe and the United States of America has not been forthcoming. Recent reporting in the New York Times suggests that the White House more or less gave Haftar the green light to attack Tripoli.

Germany's chancellor, Angela Merkel, led the most recent effort to jumpstart peace-making in Libya earlier this year in January. There was hope that Germany could parlay its neutrality to bring Libya's internationally recognised prime minister, Fayez al-Serraj, and Haftar together along with their main backers, respectively Turkey and Russia. Minimally, the Berlin process, as it was called, could find a way of enforcing the United Nations arms embargo on Libya as blatant violations continued.

But it soon became clear that both Ankara and Abu Dhabi were not going to back down. Nor were Serraj and Haftar.

Today it looks as if Turkish intervention is about to erase all of the gains foreign support had bought the Libyan National Army this past year. Given Haftar's recent declaration of military rule over the areas he controls, darker days could be ahead, especially when external powers insist on playing out their great game for the Middle East in Libya.

Turkey Threatens Retaliation Against Rebel Forces in Libya
Tagged:
Copyright © 2020 The Conversation Africa. All rights reserved. Distributed by AllAfrica Global Media (allAfrica.com). To contact the copyright holder directly for corrections — or for permission to republish or make other authorized use of this material, click here.