Kenya: Radio Host Begs Tanasha for Forgiveness After Claiming He Fathered Her Son 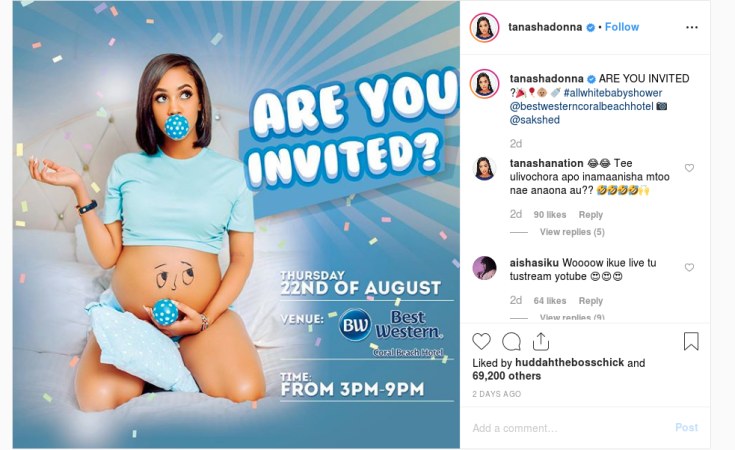 Popular Tanzanian radio presenter Barton Mwemba alias Mwijaku has apologised to Tanasha Donna who has threatened to sue him after he claimed to be the father of her son whom she sired with Diamond Platinumz.

Tanasha's son Naseeb Jnr shares a striking resemblance to the married Clouds FM presenter, who a few days ago claimed to have fathered the boy.

Mwijaku's sentiments angered most of Tanasha's Kenyan fans as well as Tanzanians on social media including singer Ray C who urged Tanasha to sue the braggadocio radio personality.

With the trolls landing thick and fast, on Thursday Mwijaku called a press conference to address the issue amongst other things.

In defending himself, Mwijaku claimed that he was misunderstood and asked Tanasha and Kenyans for forgiveness.

Mwijaku said being an African man who hails from the same home town as Diamond Kigoma province, children always belong to society and as such being peers, Naseeb Jr was his son as well but doesn't necessarily mean he is the biological father.

Later on, Mwijaku was quizzed on what would be his call to action in the event that Tanasha doesn't accept his public apology and decides to press on with the charges.

In response, Mwijaku cheekily picked up the infamous Diamond's 2017 phrase and claimed that he is ready to crawl on his knees from Dar es Salaam to Nairobi to apologise to Tanasha and prevent that from happening.

Mwijaku says he is not ready to pay for fines for defamation.

Back in 2017, after confessing to having cheated on Zari Hassan with Hamisa Mobetto and in the process sired a son, Diamond claimed that he would crawl on his knees all the way to South Africa if he had to earn her forgiveness and trust.

The charm seemed to have worked as Zari forgave him and a few months later, Diamond was accused of cheating again forcing Zari to dump him for good.