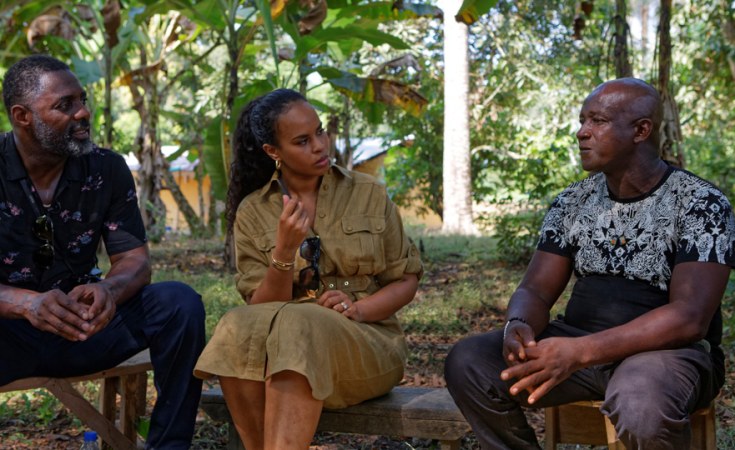 Washington — Idris Elba on Friday called for urgent action and creative solutions to prevent a looming hunger crisis in poor countries, where food production and transport have been disrupted by the coronavirus pandemic.

The British actor and filmmaker said the issue is personal to him and his wife, model and activist Sabrina Dhowre Elba, since both of their families come from Africa.

The couple launched a United Nations fund in April to support rural food systems and spoke in an online panel on Friday with experts from the International Fund for Agricultural Development (IFAD).

With 60% of employment in Africa in agriculture, "that's an awful lot of people who are going to suffer and not eat because of the crisis and ongoing effects," Elba said.

"At the beginning stages of this pandemic ... everyone was looking at themselves. And I think what's happened now is we've realized that we're all connected somewhat," he said.

Coronavirus is set to almost double global hunger by the end of the year, putting an additional 130 million people at risk because of cut-off trade flows and loss of income, according to the World Food Programme. Most will be in Africa.

In many places farmers cannot buy seeds or fertilizer due to lockdowns or reach markets to sell their crops. In West Africa, traders said they've had to throw out fresh produce because they couldn't get it across borders to sell.

IFAD has pledged $40 million to the new U.N. fund and is providing cash transfers to farmers, distributing seeds and fertilizers and in some places negotiating with authorities to get food to market.

"The combined effects of climate change, exacerbated by the locust outbreak, exacerbated by COVID means there's been a complete disruption in all food supply chains," said Sara Mbago-Bhunu, director of IFAD's East and Southern Africa Division.

"This is an alarm call. The potential devastation is huge."

Elba was born and raised in London but his father came from Sierra Leone and his mother from Ghana. He is known for his roles in the television series "Luther" and "The Wire."

(Reporting by Nellie Peyton, editing by Ellen Wulfhorst; the Thomson Reuters Foundation is the charitable arm of Thomson Reuters, and covers the lives of people around the world who struggle to live freely or fairly. Visit http://news.trust.org)

Locusts and Coronavirus - Two Crises at Once

Food Security Crisis Looms, Experts Warn at Kigali Summit
Tagged:
Copyright © 2020 Thomson Reuters Foundation. All rights reserved. Distributed by AllAfrica Global Media (allAfrica.com). To contact the copyright holder directly for corrections — or for permission to republish or make other authorized use of this material, click here.