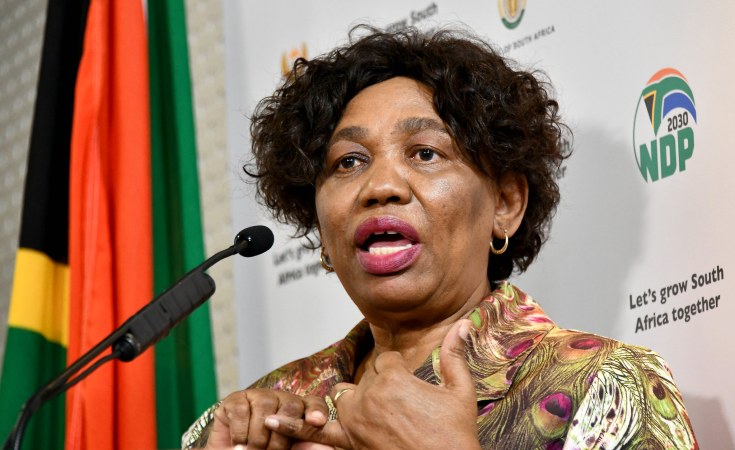 The South African Democratic Teachers' Union (Sadtu) says the Department of Basic Education's timelines on the reopening of schools were always "unrealistic".

The union was speaking to News24 on Sunday evening, just minutes after the department postponed a much anticipated briefing by Basic Education Minister Angie Motshekga on the readiness of schools to reopen. The department announced that it had decided that pupils would now only return from 8 June.

Sadtu secretariat officer Xolani Fakude said the union had always maintained that the system was "far from being ready" to reopen on Monday.

He said the union was aware of what was happening on the ground, which was why they were against the return of pupils to schools.

"From the onset, the timelines were unrealistic. We are all waiting for the briefing by the minister," Fakude.

He added that pupils should not go to schools because the staggered approach was being rejected by the unions.

"We are saying, no learner must be left behind. Everyone must be taken along. We are treating the issue of a labour space differently from a learning space."

Fakude added that the sudden postponment had caused confusion, adding that the cause was "unrealistic timelines" which were set by the department on the reopening of schools.

The Federation of Governing Bodies of South African Schools (Fedsas) said it had "warned" the department about the reopening of schools on 1 June.

Fedsas chief Eexecutive Paul Colditz said they had recommended that schools reopen from 8 June during consultations with the department - and that the first week be used to ensure that all PPEs were delivered and that schools were ready.

"It is just tragic that it has come to a point that, at the very last possible minute, this decision has been taken," he said.

Colditz said it was, however, saddening that the Western Cape had released a statement saying it would be going ahead with welcoming pupils.

He said the federation was of the view that the education system was united and that all pupils should go back at the same time, adding that it was worrying that the Western Cape department had pushed ahead while there were growing cases in the province.

Colditz said the federation had consulted with the department on Saturday, where it had maintained its stance that schools should only reopen from 8 June.

The National Teachers' Union said it was concerned that the department had continued to pronounce dates, without ensuring that there were measures in place to have all non-negotiables implemented in schools.

"The minister has been pronouncing dates and none of the dates have been properly observed by all the provinces, simply because she is making pronouncements without monitoring what is really being done by the provinces," NATU president Allen Thompson said.

Thompson said the union was not convinced that schools would be able be ready within five days.

He added that the department should be focussing on what was being done by provinces to ensure they were receiving PPEs, water and sanitation, and that cleaning was underway.

"She is pronouncing dates, without any effort to ensure those dates materialise. We are dissapointed in what the minister is doing right now."

Motshekga Delays Briefing On Readiness of Schools to Reopen