The Students Loan Trust Fund (SLTF) will by the end of the 2019/2020 academic year disburse GH₵32.3million to beneficiaries in tertiary institutions across the country.

It is expected that a further GH₵35 million will be paid before the academic calendar ends, according to the Public Relations Officer (PRO) of the Ministry of Education, Vincent Assifuah.

He was reacting to concerns raised by the National Union of Ghana Students (NUGS) that about 2,000 students under the scheme had not received their first and second semester tranches of the loans they had applied for.

According to Mr Assifuah, the trust fund was well grounded even though there had been some delays in the periodic disbursement of loans in the current academic year.

Following the outbreak of COVID-19, he said, the fund had created an avenue for loan applicants to use part of their loans to acquire laptops to enable them access the e-learning due to the closure of schools to contain the virus.

He explained that the delay in disbursement was not intentional and that "For the 2019/2020 academic year, the fund has been paying in tranches as and when funding is available."

Mr Assifuah, said management of the fund would continue to engage the leadership of NUGS and other students associations as well as the general student body to address their concerns.

It is recalled that at a press conference last week, the leadership of NUGS said certain concerns brought to the attention of the government in relation to e-learning system, had been ignored.

The concerns included the inclusion of students in the disbursement of the COVID-19 National Trust Fund stimulus packages, the provision of subventions in the form of free bundles to enable them take their end of semester exams.

They also called on the government to waive off the loans of students under the SLTF at least for this year.

"We wish to remind government that none of the concerns and recommendations we tabled before the president and during our subsequent pressers, have been met even as the semester is coming to an end," they said.

States May Decide On Reopening of Schools, Businesses, Says PTF 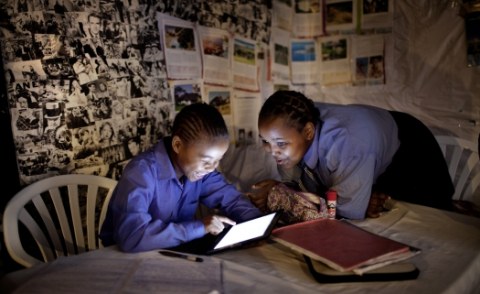 Learning Continues From Homes as COVID-19 Paralyses Schools
Tagged:
Copyright © 2020 Ghanaian Times. All rights reserved. Distributed by AllAfrica Global Media (allAfrica.com). To contact the copyright holder directly for corrections — or for permission to republish or make other authorized use of this material, click here.