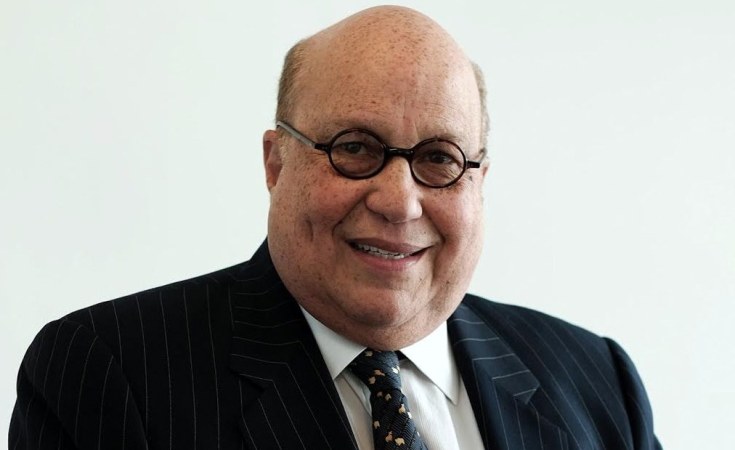 Supporting the AfDB is good business for the United States

This letter follows your recent correspondence to the Chair of the Bureau of the Board of Governors of the African Development Bank Group, and Minister of Planning and Development of the Republic of Côte d'Ivoire, Madame Minister Nialé Kaba.

It was my honor to be nominated by President Reagan to serve as the first U.S. Executive Director of the African Development Bank from 1983-85.

In the intervening years, the U.S. has played a leadership role as the Bank's largest non-regional (non-African) shareholder, and the second-largest overall.

Since taking office in 2015, the  current and 8th President of the Bank, the U.S. trained and globally renowned Akinwumi Adesina, restructured the bank and refined its focus through a High5 strategy that has directly impacted the lives of millions of Africans. This has been through strategic investments in energy and electricity, agriculture technologies that significantly improve food security, access to private sector finance, improved transport infrastructure, and water and sanitation.

In 2019, with U.S. support, the African Development Bank's shareholders approved a General Capital Increase of $115 billion, the largest in the Bank's 56-year history. The increase more than doubled capital from $93 billion to $208 billion. Also, in 2019, the Bank's concessional window, the African Development Fund (ADF), received a 35% replenishment with donor contributions. U.S. shares of $499,695,200 represent 7.81% of total subscriptions which are a critically needed resource for Low Income Countries (LICs) and Transition States.

Ultimately, supporting Africa's private sector is critical for social and economic development. In 2018, Adesina led an unprecedented effort to attract global investments into Africa through the inaugural Africa Investment Forum (https://AfricaInvestmentForum.com) which mobilized $78.8 billion in investment interests between 2018 and 2019. At the 2019 event, the United States' International Development Finance Corporation (DFC) signed a $5 billion facility agreement with the African Development Bank. The U.S. Treasury and State Department's support has certainly led to a greater understanding of Africa's dynamic investment landscape for American businesses.

Adesina has astutely led the Bank's bold and decisive COVID19 response with a $10 billion COVID-19 Response Facility to cushion economic and social impacts of the pandemic on the continent. This, is in addition to the successful launch of an oversubscribed $3 billion Fight COVID19 social bond on the London Stock Exchange, making the largest US dollar denominated social bond ever in world history.

The Bank's 2019 innovative Desert to Power initiative will develop 10,000 Megawatts of solar power across 11 countries in the Sahel Region and provide electricity for 250 million people. When completed, the $20 billion investment will be the world's largest solar zone.

While there have been concerns in some circles about China's role in Africa, American enterprise thrives on competition and is poised to play a more influential economic role in the years ahead. America's role at the AfDB and other multi-lateral development banks, is crucial for the global economy.

Recently, in conformity with the governance rules and procedures of the Board's Ethics Committee, the Bank cleared Adesina of wrongdoing stemming from several allegations levelled against him.

It is an acknowledged fact that Akinwumi Adesina is a global player of impeccable character who has helped mobilize billions of dollars for Africa and helped accelerate the continent's development. It is why the Executive Committee of the Africa Union, speaking for 55 African countries, unanimously endorsed him as the sole candidate for re-election to a second term. This is vital for Africa's continued economic growth, infrastructure and investment.

It is traditional at multilateral development institutions that sole candidates be re-elected by acclamation. Therefore, Mr. Secretary, the people of America implore you to use your good offices to continue to support Africa, the African Development Bank and President Adesina in his bid for re-election; and that you walk in lockstep with your fellow African Governors.

About Ambassador Harold E. Doley
Harold E. Doley, Jr. is an investment banker and founder of the oldest African American owned investment-banking firm in the United States. In 1973, Ambassador Doley bought a seat on the New York Stock Exchange and is the only African American to have owned a seat (there are no longer NYSE individual memberships). He operated his membership as a Floor Broker, executing orders for other members and member firms on the floor of the NYSE.

Ambassador Doley began his professional career in investment banking in 1968. He served as Vice President with major Wall Street firms prior to buying his own seat. He serviced institutional accounts of banks, insurance companies, and universities with portfolios totaling over $500 million. During this period, Ambassador Doley also affected and counseled on a number of mergers and acquisitions of life insurance companies. Ambassador Doley was the Co-Founder of the U.S.-Africa Chamber of Commerce. He chaired the investment committee of Southern Africa Enterprise Development Fund's (SAEDF) private equity fund and placed the first black market maker on the Johannesburg Stock Exchange. Over the years, he's advised African stock exchanges and the regulatory bodies of those stock exchanges. Ambassador Doley was honored by his industry peers as an Outstanding Broker of the Year in 1971. The Dow Jones Wall Street Journal selected him as Stock Picker of the Year in 1990.

Ambassador Doley was accorded ambassadorial rank while serving as United States Representative to the African Development Bank and Fund (AfDB), from 1983 to 1985, once the U.S. became a stockholder in the bank.[citation needed] The AfDB, headquartered in Abidjan, Ivory Coast, is a development finance institution owned by the governments of 50 African and 25 non-African countries, with 800 employees, and assets of $50 billion. Ambassador Doley crafted and conveyed U.S. Government positions regarding AfDB financial proposals and policies. While at the African Development Bank and Fund, Ambassador Doley participated in the first $100 million private placement for Africa.

Upon returning to the private sector, he was the lead banker for the first $100 million U.S. medium-term notes for the African Development Bank and Fund, a 30-year bond (sold to TIAA-CREF). The AfDB was able to quadruple its capital by using Ambassador Doley's capital increase formula. While serving as United States Executive Director to the AfDB, Ambassador Doley worked with the Vice President of Finance in securing a AAA rating from the global financial rating agencies, the first AAA rating for an African-based entity, and to more than tripling its authorized capital. Ambassador Doley worked with African Heads of State and Ministers involved with commerce, finance, and international trade and development.

In 1982 Ambassador Doley was appointed the Founding Director of the Minerals Management Service (MMS) at the U.S. Department of Interior. Ambassador Doley managed MMS, an organization of more than 5,000 employees and a budget of $1.2 billion, and its collection of $12 billion in income due the United States Treasury. This represented the second largest income source to the U.S. Government.[citation needed] Mr. Doley had prior experience in this realm, having served in 1980 as a Board Member of the Louisiana State Mineral Board, a gubernatorial appointment.

ECOWAS & AU Endorsements Highlight Adesina's Achievements at AfDB
Tagged:
Copyright © 2020 allAfrica.com. All rights reserved. Distributed by AllAfrica Global Media (allAfrica.com). To contact the copyright holder directly for corrections — or for permission to republish or make other authorized use of this material, click here.