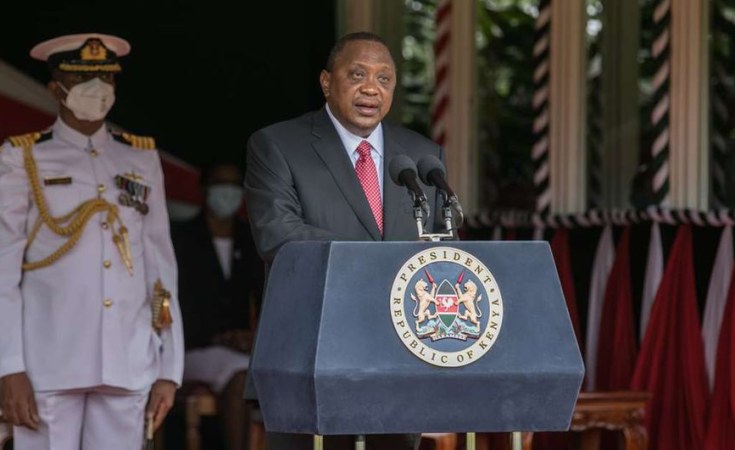 President Kenyatta on Monday gave the clearest indication yet that Kenyans will hold a referendum on the Building Bridges Initiative (BBI).

“…[I]n 2010 we formulated and adopted a new constitution, altogether replacing the independence constitution. Ten years later, I am already discerning a constitutional moment. Not a moment to replace the 2010 constitution but one to improve on it,” the President said during the 57th Madaraka Day   speech at State House, Nairobi.

With a flailing economy and a fractious ruling party to boot, the President has hinged his legacy on uniting the country, and the roadmap to this is through the BBI.
President Kenyatta and former Prime Minister Raila Odinga have been burning the midnight oil in the drive to amend the Constitution through a referendum by the end of this year.

In his 57th Madaraka Day address at State House, Nairobi, attended by Mr Odinga and Deputy President William Ruto, among other dignitaries, the President said it’s “a moment that will right what we got wrong in 2010.

But fundamentally, the constitutional moment I discern is one that will bring an end to the senseless cycles of violence we have experienced in every election since 1992.”
He said the amendments he was discerning will deepen the country’s democratic credentials and lead to a much more inclusive society.
“I believe this was the intention of the framers of the 2010 Constitution,” he said.
He pointed out that 50 years ago, Tom Mboya warned Kenyans against constitutional rigidity.
“He told us that a constitution is not an end in itself; it is a means to a greater end. It is a living document. And if certain elements of the constitution outlive their historical purposes, they become a cancer.

“They must be removed or they will infect the good elements of the mother law,” the President said.

SECTION 2(A)
He went on: “And this is why we removed section 2(a) that had been added to the independence constitution in the early 1980s.

“We removed this section in 1991 in order to create a multi-party system. This section had outlived its historical purposes and it was morphing into a political cancer.

“Then after the 2008 violence, we embedded the National Accord and Reconciliation Act into the constitution to expand the Executive arm of government. This happened out of historical necessity.”

He pointed out that “we cannot re-imagine our nationhood without changing our political architecture. And we cannot change this architecture without re-engineering our constitution.”

He hinted at a change in the country’s governance system saying: “We must not be afraid of changing this system if it does not serve our present purposes. The second thing that remains to be done is the transformation of our civic culture. Culture is at the core of re-imagining a national dream. And when the drafters of Chapter 6 of our constitution put pen to paper, what they wanted was to bring this culture to order.”

TRANSFORM LIVES
He said that the country yearns for political leaders  committed to promoting, not self, but what will transform people’s lives in line with what the founding fathers yearned for.

Mr Odinga, who has disclosed that the BBI steering committee’s report was at an advanced stage, exuded confidence that Kenyans could go to the referendum by the end of this year.

“During this Covid-19 break, we gave the steering committee an opportunity to continue with their work based on the resolutions of our rallies, and the work is at an advanced stage. We will subject the document to legal legislative action in both parliaments then the  referendum will follow, probably by end of this year,” Mr Odinga said during a recent interview.

Mr Paul Mwangi, the BBI steering committee co-secretary was, however, non-committal on the status of their report when reached by the Nation.
“We shall communicate officially at an appropriate time,” he said in a text message.
The Nation also established that the team was putting final touches to the report, which will be presented to the President and Mr Odinga this month.

“It is no secret that the country is headed for a referendum and it will be soon. Already, a referendum question has been suggested as: ‘Do you approve the proposed amendments to the Constitution?’ but it is still subject to approval by experts based on the steering committee’s recommendations,” said a source familiar with the  committee.

He said that implementation of the final BBI document will be structured in three parts namely: administrative, through Parliament,  and finally a national referendum. “Certain findings will be handled administratively, while another category will be handled in Parliament and put in the statutes accordingly, and finally a national vote through a referendum,” the source said.

Senate Majority Chief Whip Irungu Kang’ata, and his National Assembly minority counterpart, Mr Junet Mohammed, said  indications point to a referendum by the end of the year. Mr Kang’ata said the referendum budget will be provided for in the next two weeks.

Kenyatta Meets Jubilee MPs Ahead of Resumption of House Sittings 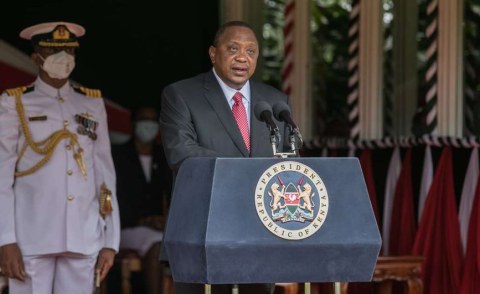 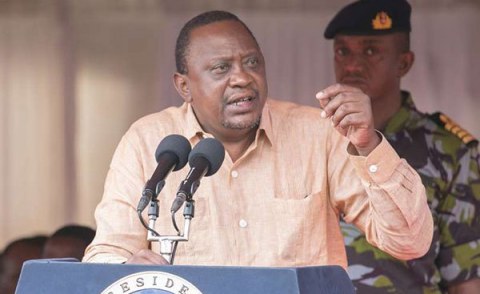 Why Kenyatta, Odinga's New Elite Alliance Won't Last
Tagged:
Copyright © 2020 The Nation. All rights reserved. Distributed by AllAfrica Global Media (allAfrica.com). To contact the copyright holder directly for corrections — or for permission to republish or make other authorized use of this material, click here.