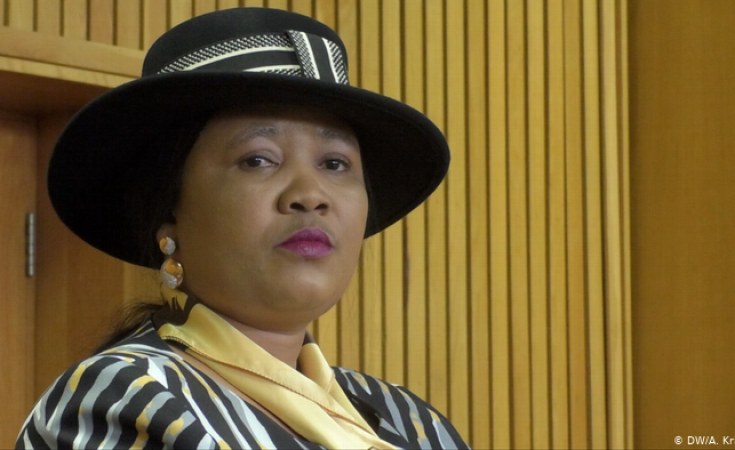 For relatives and friends of Lipolelo Thabane, Lesotho's former first lady, murdered in 2017, the question of whether bail was validly granted to one of the suspects in her killing was a matter of personal safety and ensuring the integrity of the eventual trial.

For the three judges who heard an appeal against the grant of bail, however, it was far more. The opening sentence of their decision gives a flavour of how they saw the case: 'Questions, crucially important in a constitutional democracy under the rule of law, are posed in this matter.'

Lipolelo, who married Thabane in 1987, was estranged from the Prime Minister at the time of her death. She had refused to agree to a divorce, much to the unhappiness of the PM and the new woman in his life by that time, Maesaiah Thabane. On 14 June 2017, just two days before the Prime Minister was inaugurated for a second term, Lipolelo was shot and killed. Barely two months later, Thabane married Maesaiah.

Now Maesaiah has been charged with Lipolelo's murder while the former PM is waiting to hear whether he will be similarly charged, now that he has left office. During February 2020, Maesaiah was granted bail under circumstances questioned by relatives of the murdered woman.

Her friend, Thato Sibolla, who was with Maesaiah when she was shot and killed, also challenges whether bail was validly granted. In their joint application, they claim that during the bail hearing, the question of whether the suspect - Maesaiah - would interfere with evidence was not considered. Nor was the question of Sibolla's safety. As an eye-witness, her evidence will be particularly significant and in the application she says she fears for her life.

Since the grant of bail was made by Lesotho's Acting Chief Justice, the appeal against that decision was heard by three judges from outside of Lesotho: Judge Petrus Damaseb, Deputy Chief Justice of Namibia, Judge Moses Chinhengo of Botswana and Zimbabwe and Judge Johann van der Westhuizen, a retired justice of South Africa's Constitutional Court.

The decision, written by Van der Westhuizen with the unanimous agreement of the rest of the court, begins with a statement of the significance of the matter. Placing the dispute in the context of a constitutional democracy, the judges said the issues concerned the process to be followed and the factors to be considered in deciding on whether to grant bail to a murder accused.

Along with this, the court had to consider 'the possible significance of the high status and perceived power of the accused', the role of the prosecution and the issue of 'who has the standing to approach a court of appeal' for review of a bail decision. Of the five respondents, three filed no papers in response to the bail challenge - the Acting Chief Justice, the Attorney-General and the head of police.

Summarising the factual background to the bail hearing, the court said when Maesaiah became a suspect in the case, the police asked her to come in for questioning. Instead she left for SA and the police obtained an arrest warrant. Some weeks later she returned to Lesotho and reported to police who detained her.

The following day she appeared before a magistrate who remanded her into custody. This is the point at which the court had to focus closely on what happened, because the next events culminated in the grant of bail.

Early in the afternoon, around 14h05, she petitioned the Acting CJ for bail. Her matter was heard about 25 minutes later, at 14h30. The prosecuting authority opposed the grant of bail, but had filed no affidavits setting out the basis for this opposition.

What happened next is not clear, but it appears that the Acting CJ referred to an appointment that Maesaiah had with a doctor in Bloemfontein the following day and said she wanted to ensure that Maesaiah was able to keep that appointment. After discussion among counsel in response to the Acting CJ's comments, the prosecuting authorities returned to the judge's chambers and said they no longer opposed bail. It was then granted and paid and Maesaiah was released.

Was that proper procedure and were the correct issues taken into account before bail was granted? The applicants pointed out that Maesaiah was in a position of considerable power at the time and they also questioned the sudden switch of position by the prosecuting authority. The three judges said it would have been 'helpful' if the prosecuting authorities had helped the court neutrally, rather than opposing the application along with Maesaiah herself.

It was difficult to decide the appeal given that those involved with making the first decision on bail did not give the court any written reasons for the grant of bail. Reasons would also have been important to show transparency particularly for the people of Lesotho given their understandable interest in the matter. If the matter had been heard in open court it would also have helped ensure transparency, and have 'done much good for the legitimacy of the criminal justice system in Lesotho.'

While there was some agreement that it would have been better for the hearing to have taken place in open court, that was not grounds to find an 'irregularity serious enough' to nullify the grant of bail, particularly since 'hearings in chambers often happened in Lesotho'.

Though the Appeal Court felt it was 'a good practice, if not essential' to formalise and record in open court what happened in chambers, the central question was whether the High Court applied its mind to 'all relevant factors'. The Acting CJ had to be properly informed by the parties before her and was duty-bound to inquire if she needed any further information.

Intimidation and even killing of witnesses was 'not uncommon'. Sibolla was an eye-witness who expressed 'profound fear for her life'.

Maesaiah was a powerful person in society. In an affidavit, the deputy police commissioner said that immediately after she appeared before the remand magistrate, he informed the prosecuting authorities that he would 'vigorously oppose' her bail application as she was a flight risk. He said she was 'a very dangerous person ... capable of recruiting assassins to kill for her own benefit' and that witnesses in the case were 'at high risk'. But these views were not put to the Acting CJ. Such a vacuum (in the information put to the Acting CJ) was 'unthinkable' and 'fatal on its own'. It amounted to a 'gross irregularity' as the court did not apply its mind properly and exercise its discretion judiciously.

Other issues backed this conclusion: Proceedings took place in chambers instead of in open court. They occurred with 'highly unusual speed'. No witnesses were called. Having heard the Acting CJ's comments on the doctor's appointment, counsel for the accused and the prosecution reached agreement outside the Acting CJ's chambers. While normally relatives of victims would not have standing to challenge court decisions on bail, in this case Sibolla certainly qualified to do so.

What should be the remedy? Counsel for the applicants asked for bail to be withdrawn but did not ask the court to order Maesaiah's re-arrest.

The court did not need to order an arrest, said Van der Westhuizen. Once bail was set aside the police and prosecuting authorities had the responsibility to 'manage the consequences'. The court urged that a bail hearing should be held urgently and that all parties be 'held to tight time lines' so that no-one could 'prolong proceedings in a matter overflowing with strong emotions.'

The judgment ended with a brief reflection on the unacceptable language of counsel during the hearing: virtually all parties, their counsel and the affidavits they produced used language that was 'indeed unbecoming and disrespectful' to the individuals referred to and to the court. On the question of costs, the court ordered that the prosecuting authority was to pay the costs of the applicants.