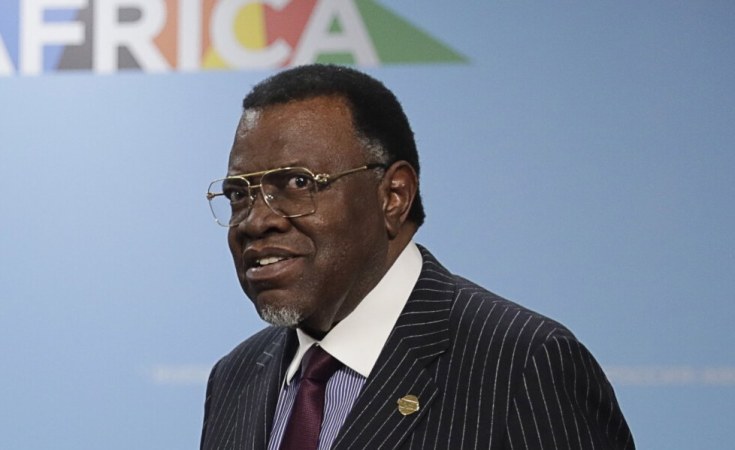 Namibia's President Hage Geingob on Thursday admitted to breaching coronavirus regulations last month by hosting a celebration to mark his party's 60th anniversary and subsequently fining all the guests who attended.

The South West Africa People's Organisation (SWAPO) birthday party took place in parliament on April 19, when Namibia was under lockdown and group gatherings were banned to limit the spread of coronavirus.

"We had a very important occasion of the 60th anniversary of SWAPO," Geingob said on Thursday during a press conference on the country's Covid-19 response.

"Although we were as little as ten leaders... we were found not on the right side of the regulations and law. We had to admit guilt and we were punished, we paid," President Geingob was quoted by The Telegraph.

The president said that less than 10 people attended the event, including the Vice President, the Prime Minister and party's Secretary General.

In March President Geingob courted controversy by inviting several African presidents to his swearing-in ceremony, prompting them to breach their own travel bans.

A handful of leaders still attended the event, including Zimbabwe's President Emmerson Mnangagwa and his Angolan counterpart Joao Lourenco.