Kenya: Tullow Cites Success as Trucking of Oil From Turkana to Mombasa Ends 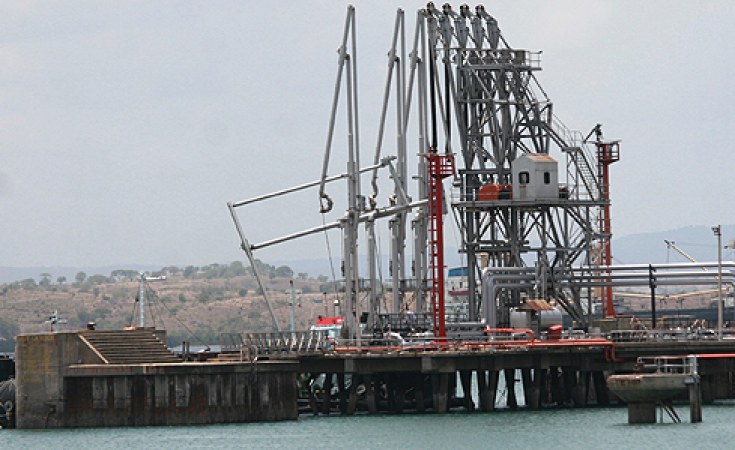 Laban Walloga/Daily Nation
An oil terminus at the port of Mombasa (file photo).
The Nation (Nairobi)
By Allan Olingo

The contract for the Early Oil Pilot Scheme (EOPS) has expired after two years of disruptions and just one sale of the crude in the international market.

Tullow Kenya with its joint venture partners - Total and Africa Oil - on Tuesday confirmed the end of the contract, adding that EOPS has served its purpose.

The transfer of crude oil from Turkana to Mombasa by road was commissioned by President Uhuru Kenyatta on June 3, 2018, with the first truck arriving at the Kenya Petroleum Refinery storage facility four days later.

The Tullow Oil joint venture partners said the pilot project "served its purpose by providing critical technical data, logistical and operational experience and training that will materially assist the national and county governments on the journey towards full field development".

"By producing, transporting, storing and exporting crude from northern Kenya, the pilot scheme has provided proof of concept for oil production in the country. The first export of crude oil from East Africa in 2019 was a historic achievement and demonstrated the potential of Project Oil Kenya on world markets," Mr MacFarlane said.

Tullow says it has more than 185,000 barrels of crude at the Mombasa refinery, with the decision on the oil "subject to discussions between the government and the joint venture partners".

Kenya and the three companies chose the EOPS on three main principles: to understand how much oil there is, how much can flow from the ground and how to move it.

Tullow said the pilot programme allowed Kenya's oil to be marketed and established on world markets, while also offering local entrepreneurs a chance to participate in crude oil transport, with focus on safety.

"We needed to understand the legislative framework on how that oil would move and to complete our model. We also wanted to know the value of this oil, which could only be realised by offering it to the global market. This would help us look at what price it fetches relative to the benchmark Brent," Tullow MD Martin Mbogo told the Nation in February.

He added that critical infrastructure, including roads from Lokichar to Kitale and the Kainuk bridge, have been improved as part of EOPS.

"The last suspension of this programme in January was a result of the bridge. It eventually saw the stoppage of trucking," he said.

Mr Mbogo said trucking was halted because some sections of the road are non-motorable.

There was another suspension in 2018 when locals protested in Turkana County.

They blocked the tankers, saying the project was not helping them.

"A section of the Ortum-Sarbit road is not motorable. This has not been resolved. The delay comes at a cost because we have retained leased equipment, prime movers, tank-tainers and professionals. We are talking with the government on how much longer this situation will hold or any alternatives," he said.