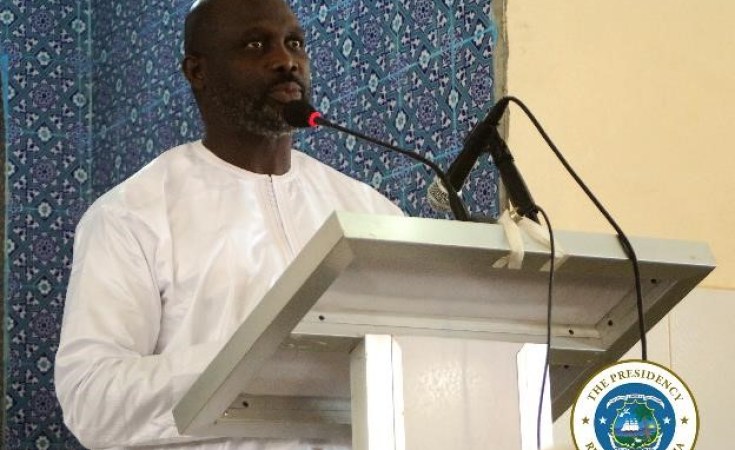 Capitol Hill — President George Weah has submitted before the House of Representatives a revised edition of the Public Health Law of Liberia to be passed into law.

President Weah, in a communication to Plenary through House Speaker Bhofal Chambers said "Title 33" or the Public Health Law of Liberia as adopted on July 16, 1976 has a life spanning over 42 years, and does not reflect current day health realities.

According to the President, the current law does not address new and emerging public health challenges such as emergency treatment, discrimination, mental health, nutrition, reproductive health rights, regulation of marketing of products for infants and young children.

The President, writing further in his letter said, this has led to recent legislative enactments to either amend or repeal certain portion of the law, leaving parts of the public Health law in separate documents.

He said "The intent of this new Public Health Law of Liberia as Revised (2020) is to address all of the challenges as mention supra, including collating and integrating the separate laws governing the public health systems, with the realization that a unified public health system is necessary in ensuring that all citizens and residents of the Republic have equal access to qualified health services."

Meanwhile, the Plenary of the House of Representatives voted in favor of a motion to forward the communication to the Committees on Health and Judiciary to report back within two weeks.

The President's move comes at a time that Liberia, like most countries of the world is grappling with the novel Coronavirus pandemic.

Earlier in 2014-2016, the country was among the worst affected nations of the world's largest Ebola Virus Disease (EVD) outbreak.

The EVD did not only claimed the lives of 4,810 people, it unveiled to the world a tragically broken and underdeveloped healthcare system.

These recent public health emergencies, experts say, have demonstrated a need for a strong national health system which requires robust national legal frameworks that reﬂect the minimum standards set out at the international level.

The President, in his communication, made a passionate appeal to the Legislature to enact the law to improve the healthcare system of the country.

"I trust that the Legislature will enact into law this important legislature in support of providing better health services to our people," he urged.