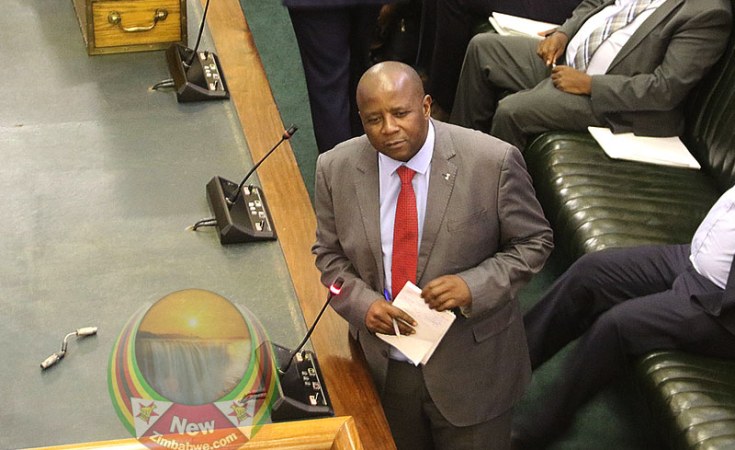 The majority of local councils in Zimbabwe have been captured by cartels of highly corrupt senior council officials who are aided in their illicit deals by elected councillors, Zanu PF MP, Pupurai Togarepi has said.

He said individuals in at least 98% of the country's local authorities were diverting rates for personal use adding that senior council officials had become the worst enemies of the people.

The Zanu PF chief whip made the comments while debating on the Second Report of the Public Committee on the Analysis of the 2017 Auditor General's Report on Local Authorities in Parliament Wednesday.

"Senior local council officers are selling stands, they are making money, they do not account to anybody. Double allocations are rampant in local authorities.

"In the majority of the local authorities, there is no water and sewer is running everywhere. One other thing that you can tell, the trend is the same, it is like there is a general agreement that nobody observes what they are doing.

"They are very clever, and they should remain looting people's monies. So taxpayers of this country will continue to subsidise those people who are stealing," Togarepi said.

He claimed looters of local authorities' funds, and land had support from unnamed senior government officials.

Togarepi said during the parliamentary portfolio's Public Committee visit to the towns of Kariba, Chinhoyi, Kadoma and Chegutu, all in Mashonaland West province, committee members were left shocked after observing there was rampant corruption in all the four councils' operations.

MDC Alliance councillors are in charge of the mentioned towns.

"We also observed that councillors were allocating themselves land. Is it going to bring revenue to the local authority so that people get service? It is like a way of looting - serious and clear corruption. Our observations were so painful.

"We talk about corruption somewhere but the level of corruption in local authorities is shockingly alarming and they do not even feel bad about what they are doing. Vehicles are just being abused and land is like its theirs. It does not belong to the State anymore," the Gutu South MP said.

Togarepi said land barons had as a result, taken advantage of the corrupt council executives, and moved in, acting as middlemen between desperate home seekers and council officials.

"They take the land, give it to land barons and get money from behind. We have genuine people like teachers, in this country, who are looking for stands to buy. People, who can contribute to council coffers, build their houses and pay rates but no, they do not want to give land to people who want stands directly.

"They have to go through land barons and that tells you that this failure to submit financial statements is not because they do not have staff and expertise. It has already shown a general trend that we are dealing with criminals."

The four identified municipalities have not submitted their yearly financial statements for audit purposes in nearly four years.

Zimbabwe Govt Dismisses Rumours of Imminent Military Coup
Tagged:
Copyright © 2020 New Zimbabwe. All rights reserved. Distributed by AllAfrica Global Media (allAfrica.com). To contact the copyright holder directly for corrections — or for permission to republish or make other authorized use of this material, click here.