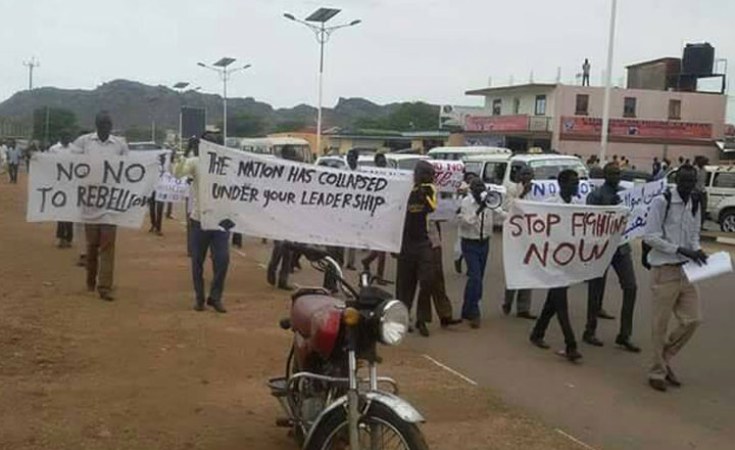 Hundreds of residents in Shirikat Suburb of Juba on Wednesday morning matched in the streets demanding justice after President Salva Kiir's relative shot dead six civilians and injured seven others over a land dispute.

According to protestors, Mr Lual Akook, a senior army officer, killed the civilians following a quarrel over land.

Residents protested using placards that read 'Kiir Must Go', 'Lual Is A killer', 'We Don't Need a Killing Regime', among others.

Protesters told The EastAfrican that Mr Lual refers to himself as the president's son and has been harassing them over land.

"We are calling on the South Sudan government to intervene, because killing of innocent people is against humanity," Nyang John said.

"We are tired of this nonsense," added Peter Deng Garang.

In response, SSPDF spokesman Gen Lul Ruai told The EastAfrican, "We will subject him [Mr Lual] to our SSPDF legal procedures in accordance with the SPLA Act. He was arrested this morning and it's true that he was with some soldiers. We are yet to find out whether what he did was lawful act or an illegal act."

Malir Peter Biar, the executive director of Christian Agency for Peace and Development, condemned the killings and urged the president to intervene.