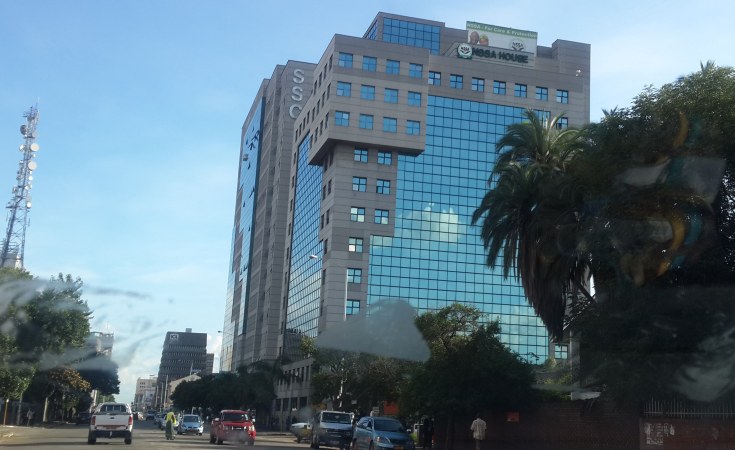 NSSA investment manager, Richard Fusire, has been fired for ill-advice which resulted in the multi-billion State-run pension entity financing a high-risk financial institution to the tune of US$6 million.

He was also accused of authorising the payment of over US$1,4 million in a housing project deal without following the authority's proper investment market analysis.

Fusire who was employed as an investment analyst, acted contrary to the NSSA risk policy and sanctioned investments of US$6 million with the Metbank that did not meet the authority's criteria because its credit rating was despicable.

The investments into Metbank were against the NSSA risk policy as the authority's investments committee's Counter Party Limits Report - a bank credit rating analysis report which details the evaluation of the creditworthiness of counter party financial institutions - graded Metbank as a high-risk financial institution and recommended against any future transactions with it due to its failure to meet the credit criteria required by the authority.

Despite the risk, Fusire advised the authority and entered into a loan facility agreement with Metbank resulting in the authority extending the US$6 million to the bank.

Fusire also authorised payment of US$1 413 767,47 for the Brundish Chinhoyi housing project, which to date has not commenced.

He recommended the payment of the money to National Building Society (NBS) for the housing project when there was no written agreement with the development partner nor had security been provided contrary to the project loans procedure and to his duties as an investment money market analyst.

For making the wrong decisions, which exposed the authority to potential prejudice, Fusire was hauled before a disciplinary authority charged with two counts of misconduct.

Advocate Lewis Uriri presided over the disciplinary hearing and convicted Fusire after a fully contested labour hearing, before recommending his dismissal. In his defence Fusire argued that the board authorised the investment on November 23, 2016, saying the draw-down request brought by NBS through the Strategic Asset Investments Division, was based upon authorisation by the board and it had been signed by signed and confirmed by one Herbert Hungwe, who at that time was also heading the Strategic Assets Investments Division.

It was also his evidence that his involvement only came when processing payment and he did so on the basis of the term sheet and also the resolution of the board, which documents were tendered as evidence.

On the Metbank and Metro Realty transactions it was Fusire's defence that they were not within his purview, but rather that the agreements were concluded by the property investments division.

Furthermore, he stated that the authority had already been notified of the risk attached with investing with Metbank by the Counter Party Limit Report of October 2016-April 30, 2017.

In addition to that, Fusire stated that the board through the involvement of the Minister had granted a Special Dispensation and Facility to the bank.

Therefore, disbursements to the bank where authorised by the Special Grant and the loan facility to the bank were secured by treasury bills.

But Advocate Uriri ruled that Fusire worked against company policy, saying it was a serious act of misconduct for an employee to deliberately act against the employer's policies to advance personal interests.

He found that NSSA is a public institution and Fusire was employed to safeguard the public interest in respect of the employer's investment portfolio, but he abdicated this responsibility.

"Most importantly sight must not be lost on the fact that public funds are involved and any prejudice to the NSSA has a direct impact on the livelihoods of the poor public whose money it is supposed to safeguard," said Adv Uriri.

The lawyer underscored the critical role of Fusire's position in which he found dismissal as the penalty appropriate in the circumstances of the case.

"In the result the employee is discharged from his employment with effect from the date of his suspension," he said.

The charges against Fusire arose in 2017, when NSSA sought to develop its land in Chinhoyi through financing its subsidiary National Building Society, which was earmarked the two-phased construction of 723 low cost housing units.

The total costs of this facility was US$15 523 000 as affirmed in the loan agreement between the two parties in May 2017.

The parties earlier on had signed a term sheet which essentially was a guide as to the terms which had to be satisfied before any substantial financial agreement was to be finalised.

A payment of US$1 413 767,47 was made on March 31 2017 at the recommendation of Fusire and subsequently approved by Mr Hungwe his immediate supervisor on the previous day.

This was after an Investments Procurement Committee passed a resolution, which resolved that an amount of US$15,5 million be allocated to NBS for the Chinhoyi project.

The amount was to be disbursed in stages.

An internal audit was then conducted by NSSA internal auditors who discovered that the transactions with Metbank and Met Realty were riddled with various procedural breaches which contravened NSSA regulations.