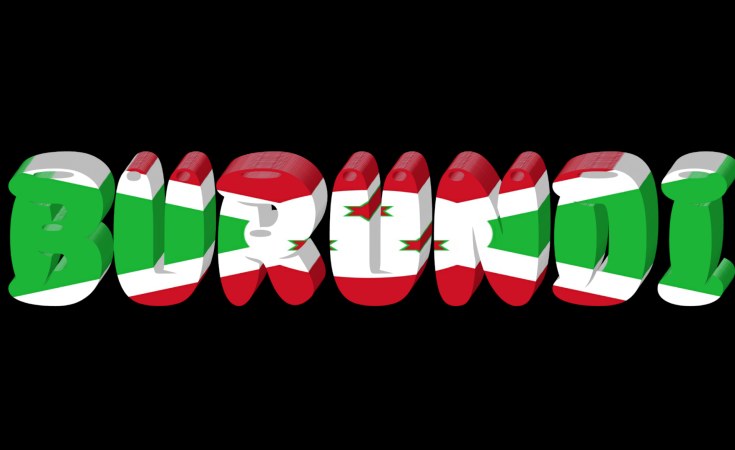 On 20 May, as most of the world was preoccupied with COVID-19, Burundi quietly held its fourth general elections since the end of the civil war in 2005. Burundi's simmering political crisis struggles to make it onto other countries' agendas at the best of times. Amid a global pandemic, it has gone by largely unnoticed - not least because the crisis also kept out election observers from the East African Community (EAC), the only foreign group the government accredited.

This no doubt suited the administration of the CNDD-FDD. The ruling party has grown increasingly isolationist since the last election in 2015 when outgoing President Pierre Nkurunziza decided to stand for a third term, sparking months of protests.

The results - announced by the electoral commission three days after the vote - give the CNDD-FDD's candidate Evariste Ndayishimiye 68% of the vote. His main rival, CNL leader Agathon Rwasa, garnered 24%. Turnout was reportedly around 90%.

Rwasa has denounced the elections as fraudulent and is challenging the result in the courts. The Catholic Church echoed his concerns. Following the model it used in the Democratic Republic of Congo's 2018 elections, the Church sought to deploy observers to all 14,655 polling stations. In the end, the government only allowed it to send officials to roughly 20%, but the Church says this sample is sufficient to cast doubt on the outcome.

The official contestation will likely lead nowhere. The Burundian constitutional court is highly politicised. It ruled in favour of a third mandate for Nkurunziza in 2015 and no one expects it to render an independent verdict now. Meanwhile, foreign governments may criticise the election, but they have no leverage to sway the Burundian government.

The fact is that hardly anyone expected this election to be free and fair. In fact, for months now, the focus has been on what kind of leader the 52-year-old incoming president, Evariste Ndayishimiye, will be.

One of the new president's key challenges on taking office will be to balance the various interests within the ruling party. Ndayishimiye's own origins are deeply embedded in the military history of the CNDD-FDD. In the contest for the party's candidacy, he won the support of the powerful clutch of generals.

His predecessor had backed another candidate, the president of the national assembly Pascal Nyabenda. Nkurunziza did not get his way and may have stepped down from office somewhat reluctantly but he remains highly influential and retains several roles and titles including Supreme Guide of Patriotism. Ndayishimiye will have to play a difficult balancing act between his own camp and that of his predecessor if he wants to imprint his own identity on the government.

At the same time, Ndayishimiye inherits a host of acute problems resulting from his party's policies.

These include a hostile relationship with the international bodies from the UN to the African Union to EAC. Nkurunziza alienated just about everybody, regularly expelling senior diplomats and officials. Most recently, his government expelled four senior World Health Organisation officials following their criticism of its handling of COVID-19, which the government is attempting to downplay. This too follows the trend over the past years of rendering humanitarian work increasingly difficult even though humanitarian actors provide the crucial health, education and nutritional services which the government has failed to.

Ndayishimiye also inherits a fractured country. Over 350,000 people have fled to neighbouring countries and 110,000 are internally displaced. Poverty levels have risen to 74%. Burundi is now the third poorest country in the world. And the professional middle class and civil society have been destroyed, following a dramatic brain drain after the 2015 unrest.

Unless Ndayishimiye changes direction, repression will be the only way the CNDD-FDD can maintain control. Many Burundians are desperate for change, but don't have the right to vote for it and often pay with their lives if they take action. The CNDD-FDD's youth militia, the Imbonerakure, threaten violent reprisals against anyone who dares contradict or criticise the government.

The CNDD-FDD may feel it has the level of control it wants, but one must wonder how long it can hold out. Some of this will depend on how much it can continue to siphon off dwindling government revenue to keep its military and civilian elite as well as the Imbonerakure happy. Ndayishimiye is said to abhor corruption and is reportedly not one of the many party leaders who has enriched himself. Going after corruption within the party, however, risks alienating those who put him there.

Time for the AU to step up

Following constitutional changes adopted in 2018, Ndayishimiye will be the first Burundian president to have a seven-year term. This is enough time to turn the country around, gradually.

Now he has secured this mandate, Ndayishimiye should be encouraged to take steps towards allowing a resumption of civil society activities, restoring media freedoms and dropping arrest warrants against political opponents. He should also be urged to rein in the Imbonerakure.

This will not be straightforward for Ndayishimiye. The new president is beholden to both the military strongmen that backed his candidacy and the party that facilitated his fraudulent electoral victory.

Nonetheless, now is a moment for potential change. Ndayishimiye is new in the job and has made subtle overtures to international bodies in recent months, meeting with the AU Chairperson Moussa Faki and EAC officials. The AU has taken a back seat on Burundi since its proposal to deploy an intervention force was shot down by heads of state in late-2015. Following this, the EAC took the lead though it too made little progress amid infighting, with Rwanda on one side and Uganda and Burundi on the other. Now is the time for the AU to step up to the plate again.

Burundi's Outgoing President Nkurunziza Dies
Tagged:
Copyright © 2020 African Arguments. All rights reserved. Distributed by AllAfrica Global Media (allAfrica.com). To contact the copyright holder directly for corrections — or for permission to republish or make other authorized use of this material, click here.