Nigeria: Justice for Uwa and Tina 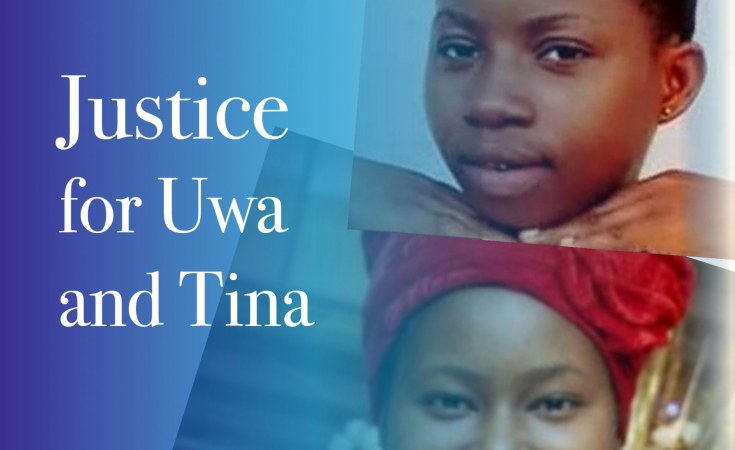 Lagos — This year marked the start of the United Nations' Decade of Delivery, where we were promised that things would change for the empowerment of women and girls. Armed with research to prove how much better off our world would be with the rights of women and girls realised, we in the global advocacy community declared that it is well past time to start living in a gender equal reality.

But instead of keeping our promise to protect and empower women and girls, in Nigeria in 2020, we are still burying them.

Vera Uwaila "Uwa" Omozuwa was a 22-year-old student at the University of Benin who went to her church to read in a quiet space when she was brutally raped. The viral photos of her bludgeoned body have reverberated around the world, adding fire to the flames of the conversation about brutality, violence and lack of a framework for social justice and responsibility; she died of her injuries on 30 May.

Let me be clear: we are failing women and girls

In Lagos, 16-year-old Tina Ezekwe was trying to get on a bus when a drunken, corrupt police officer attempted to bribe the driver, leading to a sloppy confrontation and shots fired: the bullet pierced through the upper left side of her lap. The battle to save her life lasted for two days, and she died on 28 May.

In Jigawa, Jennifer, a twelve year old girl was allegedly raped by 11 men, who have been arrested.

In 2018, promising young girls Anita Akapson and Linda Angela Agwetu were murdered in similar, senseless fashion, again by trigger-happy officers around their own homes. These cases spotlight what has been blindingly evident since the forced abductions of the Chibok and Dapchi Schoolgirls: we are failing our women and girls.

Last year I was honoured to join the International Conference on Population and Development, full of hope to deepen Nigeria's consultations on gender. I called to build political commitment from leaders and policymakers to speak out, condemning violence against women. But with the heartless, thoughtless violent deaths of Uwa and Tina it is clear that we have thus far failed to engage leaders and policymakers to implement meaningful mechanisms to protect them.

I had declared in 2018, after the death of another innocent girl victim of sexual and gender based violence, Ochanya,  that we were standing on a gender precipice from where good actions could flow, if together, we determinedly took the right actions to protect women and girls.

I declared that I envisaged a world where everyone can decide freely when to have children, and has the information, education and means to do so. With sexual and reproductive health care deemed "non-essential" during the COVID-19 pandemic, and consequent restrictions implemented all over the world, we have failed to protect women's rights to her own body.

At the United Kingdom-France consultations on the Prevention of Sexual Violence Initiative last year, we said with such hope that we would uphold the United Nations Security Council's Resolution 1325 on women peace and security. While at the African Women Leadership Network and the African Union with UNWomen last year, we vowed to invest in women's groups, to ensure that we give women the leadership opportunities to better shape their own futures, and we did. But when globally, only 1% of gender equality funding is going to women's groups, we have failed to invest in women.

At the Commonwealth of Nations last year, we made a promise of No More Violence, yet, here we are, from our leaders, and right down to our grassroots, failing women and girls. Frankly, I am outraged. The gruesome deaths of Uwa and Tina are a visceral notice of our failure in Nigeria, and that's why I am joining the WACOL Tamar SARC and Social Intervention Advocacy Foundation to call for radical reform of our police, to end the impunity of sexual violence against women and girls. In the name of all our global and national commitments to women and girls, the Nigerian state must make systemic changes to protect our young girls. Uwa and Tina's lives will not be lost in vain.

Authorities in Nigeria Should Ensure #JusticeForUwa

D'Banj, Apologists and Why Women Are Not Reporting Rape
Tagged:
Copyright © 2020 Wellbeing Foundation Africa. All rights reserved. Distributed by AllAfrica Global Media (allAfrica.com). To contact the copyright holder directly for corrections — or for permission to republish or make other authorized use of this material, click here.