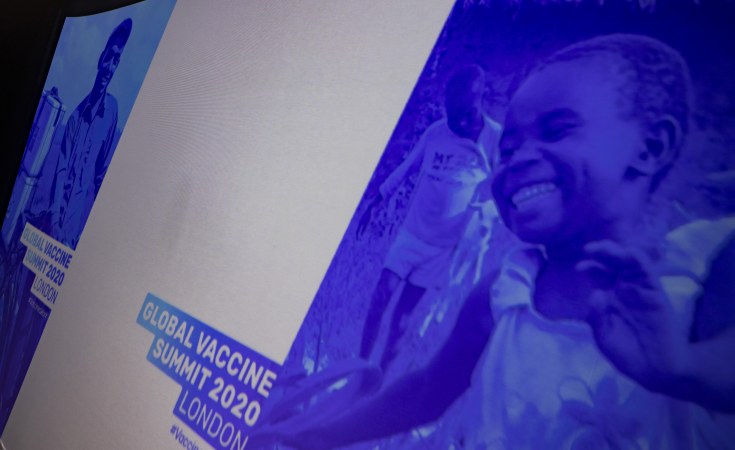 Rome — Thursday's GAVI vaccine summit aims to help people in the developing world get access to any eventual coronavirus vaccine. What are the obstacles?

Committing money and resources to ensuring a future COVID-19 vaccine reaches the world's poorest communities was part of a key summit attended by world leaders on Thursday.

More than 50 countries and organisations pledged to Gavi, the Vaccine Alliance, which immunises children in developing nations $7.4 billion for its work until 2025.

The virtual summit focused on diseases like cholera, tetanus and typhoid that have largely disappeared in wealthy countries but remain a scourge in other parts of the world.

Why has access to life-saving vaccines been so unequal and could the coronavirus pandemic lead countries to unite around an affordable vaccine?

Even before COVID-19 hit, access to vaccines was deeply unequal with around 20 million children not receiving vaccines that could save them from serious diseases, death, disability and ill health, according to the World Health Organization (WHO).

An estimated 1.4 million children under five died from vaccine-preventable diseases such as pneumonia, diarrhoea and measles in 2016, according to UNICEF.

The situation could be about to get worse because COVID-19-related lockdowns have disrupted the routine immunisation of millions of children against non-coronavirus diseases like diphtheria, measles and polio.

Approximately 80 million children under the age of 1 in at least 68 countries could be impacted, according to WHO.

Why has getting vaccines to developing countries been so difficult?

The cost of vaccinating a child against diphtheria, whooping cough, hepatitis B, tetanus, pneumonia, polio, rotavirus, was $15.90 in 2018, according to GAVI.

While this may not seem much, this is still beyond the reach of many poor households.

This was why GAVI was set up as an alliance, backed by the Bill & Melinda Gates Foundation, the World Health Organization, the World Bank, UNICEF and others, to provide vaccines to the world's poorest countries.

Currently, around a hundred drug development teams worldwide, including institutions, biotechs and big pharma companies, are racing to develop vaccines against COVID-19.

"The worry we have is that unless we scale up production dramatically right now, and do that at risk, when the vaccines are available, they could be bought up by wealthy countries," GAVI's chief executive officer Seth Berkley said.

Do infrastructure and logistics play a role?

Many poor countries lack reliable electricity and cold storage, two elements crucial to keep vaccines effective, and sometimes there are not enough healthcare professionals to administer the vaccines.

Large parts of the world's population also still live in places without proper roads, running water or telephone connection, making it difficult to contact potential vaccine recipients and deliver to them.

The stability of a country also plays an important role in whether people can access vaccines.

For example, two-thirds of unvaccinated children live in fragile countries or those affected by conflict, according to UNICEF.

Could Thursday's summit be a breakthrough?

Its Advance Market Commitment (AMC) mechanism also aims to provide incentives to vaccine manufacturers to invest in large scale production capacity even as they develop new products and before full-scale trials have shown whether they work, GAVI's chief executive has said.

In return GAVI will agree to buy large quantities of vaccines at established and equitable prices to ensure initial doses are not immediately snapped up by rich countries.

(Reporting by Thin Lei Win; Editing by Tom Finn. The Thomson Reuters Foundation is the charitable arm of Thomson Reuters, and covers the lives of people around the world who struggle to live freely or fairly. Visit http://news.trust.org) 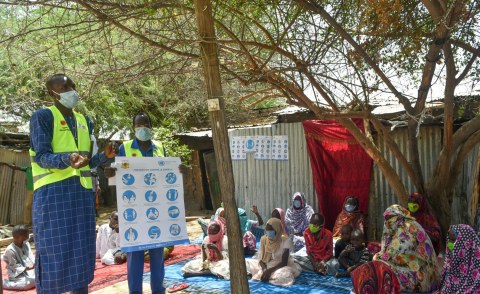 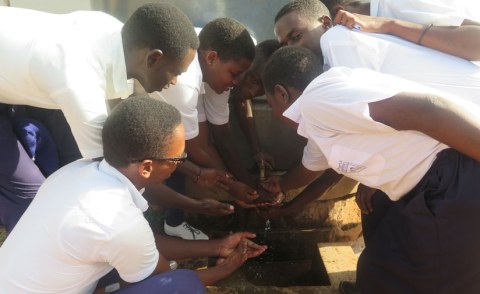 Uganda Preparing for Covid-19 Vaccine Trials
Tagged:
Copyright © 2020 Thomson Reuters Foundation. All rights reserved. Distributed by AllAfrica Global Media (allAfrica.com). To contact the copyright holder directly for corrections — or for permission to republish or make other authorized use of this material, click here.