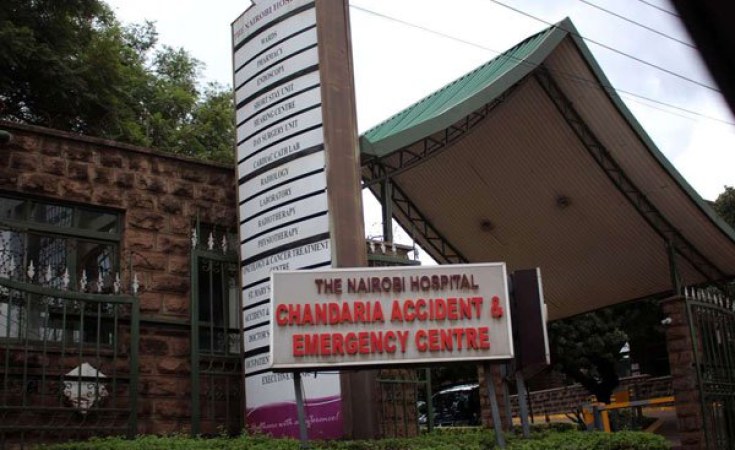 An estimated 3,000 obstetric fistula cases are reported annually, but only a third receive treatment due to lack of specialists.

Rosa Mboga is one of the lucky ones. She started passing urine involuntarily after prolonged labour that resulted in a still birth. The 21-year-old mother from Warianda in Siaya County, recounts her experience.

"The baby died hours after birth, and two months later, my husband chased me away after realising that I had a small hole in my private parts that was taking long to heal."

The young mother is one of many women from low-income households who suffer from untreated fistula after prolonged and obstructed labour.

"Initially I thought what was happening to me was normal for women who have stillbirths, but after a while when it didn't go away, I sought medical advice," Ms Mboga told HealthyNation.

For the last four years, Ms Mboga has had to contend with the stigma that comes with the fistula-related complications. Matters were complicated by the fact that she had difficulties raising the Sh60,000 required for treatment at one of the hospitals where she sought help. Even after selling her five goats and seven chicken, she still lacked the full amount required for her to undergo surgery.

Her saving grace came in the form of a facility that was set up at the Kisumu East Sub-county Hospital, offering free treatment for fistula patients in Nyanza. Ms Mboga was informed about the facility by a community social worker and joined six other patients in the obstetric fistula ward.

Among those in the ward was 24-year-old Janet Anyango, who has lived with fistula for 12 years. Anyango gave birth at the age of 12 when her body was not mature enough to handle childbirth. Another patient, Selphin Kerubo, a 30-year-old mother of four, developed fistula after a caesarean delivery at a hospital in Nyamira, four months ago. The six patients underwent successful corrective surgery courtesy of Action on Fistula, a programme under the Fistula Foundation and funded by Astellas Pharma EMEA.

Now, months after the surgery, Ms Mboga has fully recovered and is going about her life with ease and comfort. Habiba Mohamed, the outreach manager for the Fistula Foundation, says that the country has only eight fistula surgeons, against 3,000 patients who seek treatment annually. The backlog of patients requiring treatment inspired the Fistula Foundation to take action.

"Our goal is to clear the backlog by providing funding to ensure that health facilities treat more women who present with fistula complications," says Lindsey Pollaczek, the Kenya programme director for Fistula Foundation.

The Non-Governmental Organisation (NGO) has been instrumental in setting up fistula treatment centers in nine hospitals across the country and overseeing the treatment of 2,400 fistula patients, against a three-year target of 1,000. They include Cherangany Nursing Home in Kitale, Trans-Zoia County; Kisumu East District Hospital; and Nairobi Family Hospital in Kisii.

The foundation also embarked on a programme to train six additional fistula surgeons. The Eldoret Gynocare Fistula Centre has been accredited by the Federation of International Gynaecologists and Obstetrics (FIGO) to offer training to surgeons.

Dr Hillary Mabeya, who is the lead surgeon, says although the entry of six more surgeons will help ease the burden, more are still required. He faults the national and county governments for doing little to help patients suffering from fistula complications.

"Although the government has expanded National Hospital Insurance Fund to cover most reproductive health issues the truth is that most of these women are so poor that they cannot afford to pay NHIF contributions," said Dr Mabeya. Surgeons, therefore, have to rely on donors to foot medical bills for mostly disadvantaged women, who have to endure the treatable condition for long.

To increase the number of women who seek treatment, several community health volunteers have been trained to conduct basic fistula screening and to refer complicated cases to nearby hospitals for confirmation tests and subsequent treatment.

Hellen Makoe, a community health worker serving the Mt Elgon area and the wider Busia County, has screened and referred over 500 patients for treatment since she was trained eight months ago. This has helped reduce costs that would otherwise have been wasted on referring patients for surgery since not all fistula cases require it. Among the women who have obstetric fistula, are those with advanced cervical cancer.

"Some women visit our facility with leaking urine and stool, but upon examination, we realise that they also have advanced cervical cancer and there is little we can do," said Dr Mabeya, who advised women to go for regular cervical cancer screening so that it can be arrested before progression.

He added that women should deliver in hospitals to check complications that could result in fistula, considering that 90 per cent of fistula cases result from prolonged and obstructed labour, which could have been resolved with an emergency caesarean section.

County Hospitals Not Yet Ready for COVID-19 Surge, Researchers Warn