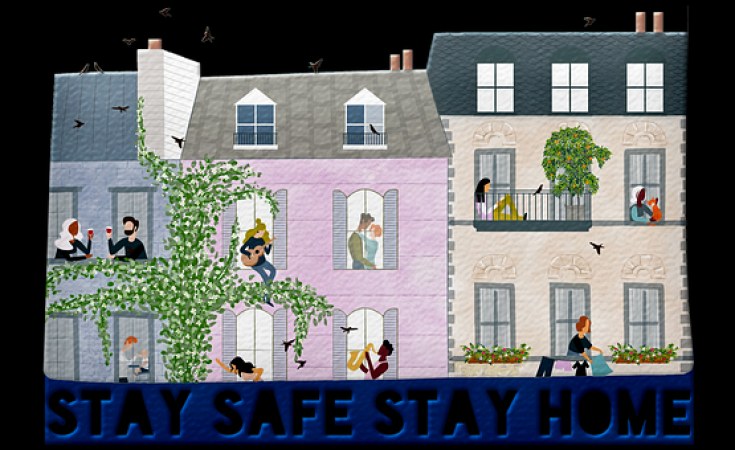 There is one thing that is key as Nigerian airlines look forward to resuming flight operations on June 21. That is how to protect passengers from contracting coronavirus while boarding flights or while airborne.

The regulatory agencies and service providers have sent out guidelines on how business activities would be conducted and the Nigerian Civil Aviation Authority (NCAA) has given out checklist that airlines must conform with before they are allowed to resume scheduled flights.

Industry stakeholder and consultant, Amos Akpan, told THISDAY that the mainstay of aviation business in Nigeria is the airline operator.

"They have not stated their readiness to commence flight operations on the 21st of June. If they don't operate, all other businesses have nobody to offer services to or no means to conduct their services. "Bailout is critical for the airlines because they cannot restart domestic flight operations without bailout. The agencies and service providers have been hit too, so they need support to provide their services," he said.

Akpan said government could help the airlines by assisting them to pay their workers. He noted that all salaries are paid through banks.

"Send the payroll to the banks. Let the CBN instruct the banks to credit staff salary accounts of airlines and government agencies covering March to June.

"Note that some agencies have paid March and April already. Staff will restart operations with enthusiasm. The banks will recover the money in June 2021," he added.

"This is a huge cost component. The marketers, the operators, petroleum products pricing agencies, CBN, Ministry of Aviation, the banks should have an emergency meeting to bring the price to reflect current market realities as it is done with petrol," he said.

On charges and fees, Akpan said aviation agencies should accept spot payment of 50 per cent on current utilisation of the services they provide covering June 21st to September 21st 2020. He also advised that the agencies should also be supported with bailout by government through emergency appropriation order.

On foreign exchange, he said that the CBN, operators, Ministries of Finance and Aviation should have an emergency meeting on foreign currency for spare parts and maintenance and on existing debt profile, he said except for airlines on receivership, "you cannot use indebtedness as criteria because all airlines owe banks."

"They all owe one or more government agencies. The insolvent airlines should be removed from coming back by the economic regulatory department of NCAA. Otherwise we will waste bailout on them and we know them.

"A lot need to be done before June 21st besides the guidelines on operations. The ability of the airlines to restart and sustain operations, and the ability of service providers to offer the services are very important," Akpan said.

However, speaking on Channels Television recently, the CEO of Aero Contractors, Captain Ado Sanusi, said airlines would be fully ready to resume at the given date but warned that there was need for caution because some of the protocols such as disinfecting the aircraft must conform with international best standards and must be guided by the input of the aircraft manufacturers.

According to him, aviation is highly regulated and so Nigeria must be careful when it comes to aviation business. He said the aircraft that have been idle since March are not the same as parking a car for too long and one day you jump into the car, start it and move.

"We must be careful when we are restarting. It is not like parking a car for long and then jump into the car, start it and drive. Yes, we have some protocols that need to be done but in every contest we (Aero) are ready to start anytime from now and I believe most of the airline too have gone far in all the protocols the Nigerian Civil Aviation Authority wants us to do.

Nigerian Musician Naira Marley Defies Ban, Holds Concert in Abuja
Tagged:
Copyright © 2020 This Day. All rights reserved. Distributed by AllAfrica Global Media (allAfrica.com). To contact the copyright holder directly for corrections — or for permission to republish or make other authorized use of this material, click here.