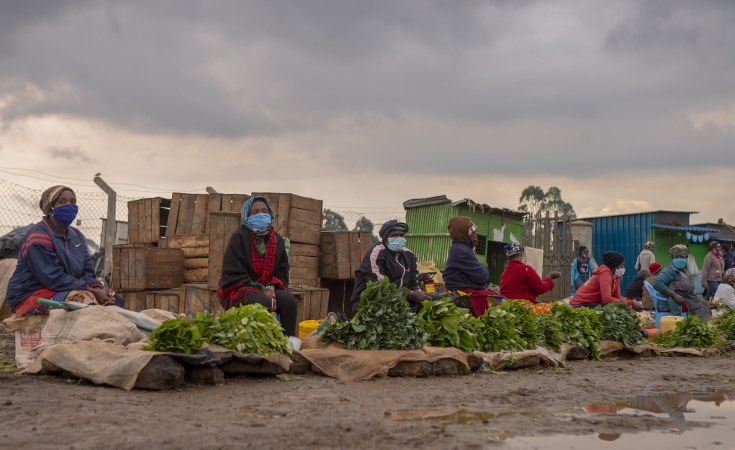 The increase in year-on-year inflation to 765,57% for April as well as the 22% increase in the cost of living has brought to the fore the deepening economic crisis in the country amid worsening levels of poverty.

This follows a recent projection by financial services company Atlas Mara that inflation would quicken to 1 000% by the end of the year.

Zimbabwe National Statistical Agency (ZimStat) last week revealed that year-on-year inflation galloped to 765,57% in April up from 676,39% in March and 540,16% in February. A Consumer Council of Zimbabwe survey shows that the cost of living for a family of six shot up by 22% to ZW$$8 726 in May, against an average monthly income for civil servants of around ZW$2 000.

The Zimbabwean dollar (Zimdollar) has weakened sharply since the government scrapped the multi-currency regime, making the local unit the sole legal tender through Statutory Instrument 142 of 2019. The Zimdollar was trading at US$1:ZW$70 last week after the introduction of the ZW$10 bank note. Prices of basic commodities have skyrocketed despite a moratorium by the government on prices. The price of a loaf of bread has shot up to ZW$45 and a one-kilogramme packet of brown sugar now costs ZW$63,84 up from ZW$32,58 with a 2kg packet now ZW$127,68 from ZW$65,17. A 5kg packet of brown sugar is now selling for ZW$319,20, with a 10kg going for ZW$638,40.

"This agreement with VP Mohadi was done in good faith and based on moral suasion, but what we have noted is that the moratorium on the increase in prices has not worked and I want to admit that it is partly because of the cost of production, lack of foreign currency to bring raw materials needed for production and some of the borders have closed and prices have remained high," Nzenza told the Parliamentary Portfolio Committee on Industry and Commerce last week.

This signals the futility of government's intervention in a rapidly deteriorating economy characterised by a debilitating liquidity crunch, fuel and foreign currency shortages, low capacity utilisation and company closures.

It leaves cash-strapped consumers exposed to spiralling costs of basic commodities at a time incomes continue to be decimated by runaway inflation.

Zimbabwe Congress of Trade Unions (ZCTU) president Peter Mutasa said the continued deterioration of the economy will only worsen the plight of the ordinary worker. He said it signals the return of the economic collapse of 2008 when hyperinflation resulted in empty shelves in shops and the demonetisation of the Zimdollar.

"The whole country has been plunged into misery because of poor governance, corruption and poor policies. Very few will be spared from this repeat of the 2008 economic armageddon that is already wiping out savings and pensions as well as eroding salaries," Mutasa said.

"For the working class, it means the majority of workers have been thrust back in slavery, which is worse than what was witnessed in the colonial era. Workers are toiling daily but earning salaries that are inadequate to buy them food. Many are not able to pay rentals which are now denominated in United States dollars. To be honest the government has been outright evil to its citizens. As ZCTU, our message to workers is that workers must liberate themselves and resist these fascist economic policies and dictatorship."

The advent of the coronavirus pandemic, which has resulted in hundreds of thousands of fatalities worldwide and an indefinite national lockdown imposed by the government on March 30, has worsened the country's economic downturn. The Zimbabwe National Chamber of Commerce has projected that 25% of the country's formal jobs and 75% of informal sector jobs will be lost as a result of the scourge.

Nothing puts the grim prospects of the country's economy in the face of the pandemic more than Finance minister Mthuli Ncube's letter to international financial institutions in April this year. In the leaked correspondence, he projected that the economy will contract by between 15% and 20%, adding that a lack of financial assistance could spawn a national catastrophe with devastating consequences for the entire southern African region. The lockdown has incapacitated informal traders. The government's response has been to offer a paltry ZW$180 to vulnerable households to sustain them during the lockdown.

The only solution to the worsening economic crisis is genuine national dialogue, according to economist Godfrey Kanyenze.

"We have always said and will always that we need political dialogue, economic dialogue. We need to converge on the way forward. If we continue to fan flames of hate and all the negatives that come with it, then our fate is predictable. You do not need a soothsayer to tell us we are hurtling towards the precipice," Kanyenze warned.

"Political will and people centeredness are the ingredients that we are missing. When we concentrate with corruption and rent seeking, we will reap the whirlwind."

Over One Million Jobless as COVID-19 Takes Toll

Next Story
Tagged:
Copyright © 2020 Zimbabwe Independent. All rights reserved. Distributed by AllAfrica Global Media (allAfrica.com). To contact the copyright holder directly for corrections — or for permission to republish or make other authorized use of this material, click here.