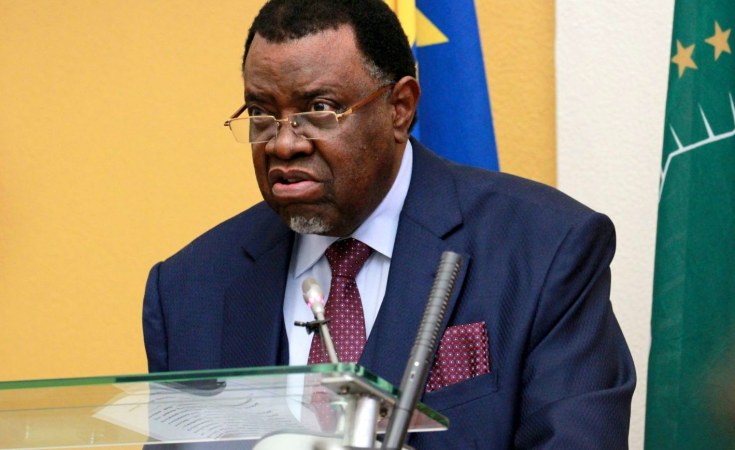 President Hage Geingob has lashed back at the stinging criticism levelled against his administration when it comes to fighting corruption in the public sector.

While delivering his state of the nation address yesterday in the National Assembly, the head of state said his administration has made significant accomplishments in the fight against corruption and reducing public expenditure at record levels.

The much-anticipated state of the nation address was marred by disruptions by opposition members at the beginning, which saw the President walking off the podium, while the speaker Peter Katjavivi maintained order. Geingob said his administration has also not interfered in the unfolding Fishrot saga, which has landed two former Cabinet ministers in jail.

Former fisheries minister Bernhard Esau and his justice counterpart Sacky Shanghala were arrested in November last year for allegedly receiving bribes amounting to hundreds of millions of dollars to grant Icelandic Fishing company Samherji unfettered access to Namibia's lucrative horse mackerel resources. The President said he had requested the implicated ministers to respond to allegations of corruption during 2018 before they were forced to resign in 2019.

"Their responses were subsequently forwarded to the Anti-Corruption Commission for investigation, consistent with my conviction to strengthen processes, systems and institutions," the President said. He said, "today, two senior former ministers are in jail for seven months, with no interference from the executive."

This, Geingob said confirms his firm belief in the principle of the separation of powers and allowing the law to take its course. "I often state that 'truth does not change'. Concrete actions have been taken over the term to confront cases of perceived and alleged corruption," he noted.

The President also reminded MPs that upgrading tender for the Hosea Kutako International Airport was stopped due to irregularities after the cost of the project ballooned from N$3 million to N$7 million.

"We launched investigations into alleged irregularities in the contracts for the National Oil Storage Facility and Neckartal Dam, which exposed government to currency fluctuations," Geingob told parliament.

He said that the investigations resulted in a disciplinary hearing, resulting in some implicated officials being cleared, while others received appropriate sanctions due to administrative shortcomings. Furthermore, Geingob said, government, through the finance ministry also launched lifestyle audits and investigations into tax evasion and money laundering.

"Charges brought against individuals ended up before the courts. Ongoing cases of alleged corruption such as the SME Bank, Offshore Development Company and the Development Capital Portfolio of the GIPF and the KORA music awards are all at the courts," he added. "We will only prevail in the war against corruption, when transparency is nurtured within governance systems. Each and every Namibian has a role to play in uprooting corruption."

Geingob further caution Namibians to protect the dignity of fellow citizens by guarding against accusations of corruption in the absence of evidence.

"In the fight against corruption, the due process of law must prevail," he said. In light of ongoing government measures to reduce public expenditure, Geingob said reforms were undertaken to eliminate wastage, with respect to the conditions of service and benefits for public office bearers.

As a result, he said, there will be no new vehicle fleet of government for the term and no new off-road vehicles will be purchased for members of the executive and public office bearers. This, he said, will translate into a saving of approximately N$200 million. Furthermore, he said he decided to abolish the positions of special advisors to governors a decision he believes will also save cost.

He said Namibia is currently fourth on the continent preceded by Mauritius, Seychelles and Cabo Verde in the top three positions, and followed by Botswana, Ghana, Rwanda and South Africa. Geingob attributed this to the introduction of a Public Performance Management System, legislative reforms to strengthen accountability and transparency and aforementioned investigations launched into public tender irregularities.

He said the Whistle Blower and Witness Protection Acts would be operationalised during this term, as additional measures to strengthen the fight against corruption. Similarly, he said, key reforms including the voluntary declaration of assets by him and his wife Monica Geingos, some MPs and senior government officials, and the open door media policy of the Presidency, have strengthened transparency.

In line with the Swapo party's commitment to reaching gender parity at the highest levels of government leadership, Geingob said 18 of the 29 newly appointed ministers and deputy ministers are women.

This, he said, represents 62% female representation in the executive. "We recognise that our fight against inequality would not be complete without the empowerment of women. I am confident this house is working towards similar milestones," he said.

Previous Story
Next Story
State of The Nation Address by President

State of The Nation Address by President 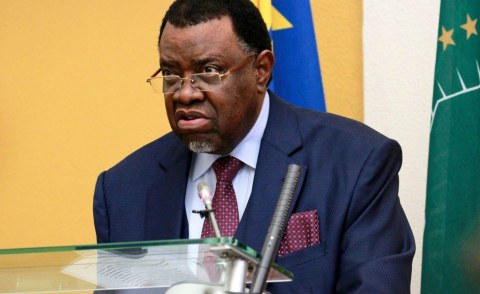