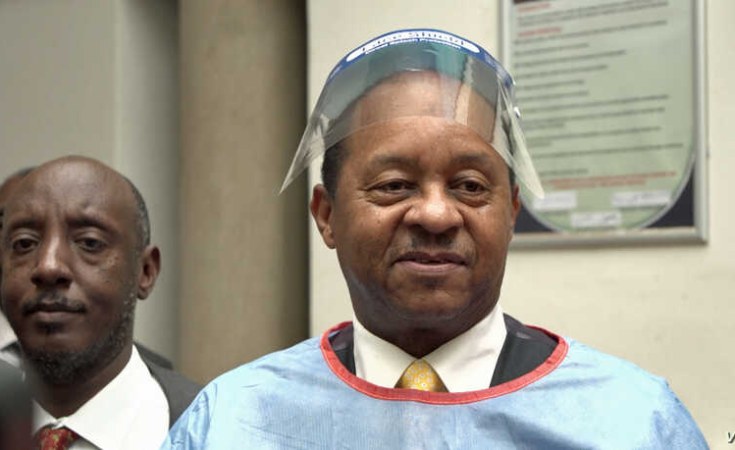 A health time bomb is brewing at most quarantine centres following the horrific and appalling conditions being experienced lately as more returnees trickle back home.

According to one of the returnees, some people in quarantine centres have exceeded the mandatory 21-day period but still yet to receive COVID-19 test results.

They also bemoaned the appalling conditions in the centres attributing it to the spike in COVID-19 cases recorded since last week.

In an interview with a local publication, one of the returnees (name not disclosed for security reasons) said they are being mixed with people whose results tested positive.

They also complained about the quality of food and sometimes being fed once a day.

"The first is of people who have stayed long enough to be released, but they are not. We were tested on Tuesday May 26 last week and were told that results will come within 48 hours, but some of us have nothing after eight days," said the returnee.

He added that the health department is releasing a few results per day and some people are still to be tested. For example, on May 30, only 30 were given their results and released.

"The previous day, a few again were given their results and released. What is frustrating even more is that some of us have exceeded the 21 days of quarantine, but are still kept here, yet there are some who were released after six days yesterday.

"How can they keep a person for over a week in a quarantine centre, yet new people are coming everyday? We are being mixed, those who have been tested and those that are arriving and not tested, increasing the risk on our lives."

"Upon arrival at Belvedere Teachers College, we were told that we would spend eight days and health officials would take our samples. No one came until the fifth day," the man said.

"Results of four of us came, they were positive, but were not removed from the group. We have been mixing and mingling with them," he said.

The returnee said they are not practicing any social distancing during meals and they are sharing buckets hence not much caution is being emphasised.

Another returnee at Belvedere Technical Teachers' College also revealed harrowing and abusive experiences he suffered at the hands of the security and other officers manning the centre.

The returnees in quarantine centres are living in fear as more are testing positive.

Meanwhile minister of Home Affairs, Kazembe Kazembe and several government officials toured quarantine centres in Harare yesterday afternoon after a spate of protests last week over the deteriorating conditions at the centres.

To date, the country has recorded 237 positive cases, 29 recoveries and four deaths.