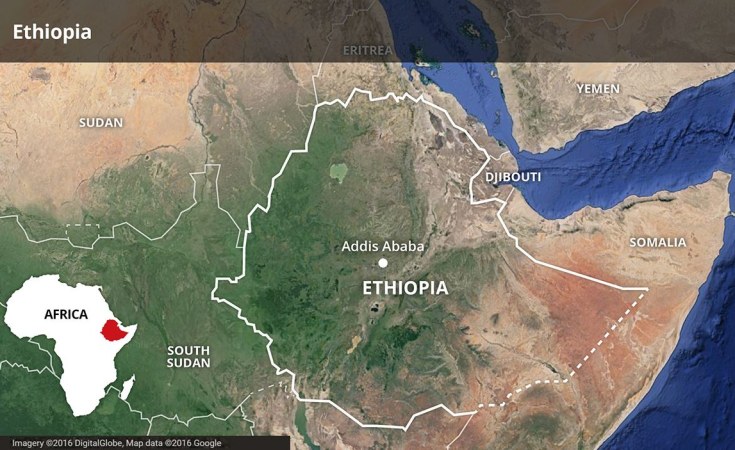 The border between Ethiopia and Sudan is the scene of occasional fighting. Recent deadly skirmishes could however complicate matters between the two countries.

Amid heightened tension along its border with Ethiopia, Sudan swore in a new defense minister. Major General Yassin Ibrahim Yassin was recalled from retirement to fill the position following the death of General Gamal al-Din Omar. Yassin's swearing-in came after an alleged Ethiopian cross-border attack which left at least one Sudanese soldier and a child dead, according to Sudan's military. Three Sudanese civilians and a soldier were also wounded.

The attack, which took place in the eastern province of al-Qadarif, started after an Ethiopian militia group penetrated Sudan's border to fetch water at the Atbara river, Brigadier Amer Mohammed al-Hassan, a spokesman for the Sudanese military, said.

"It is not clear exactly what triggered a flare-up of this long-standing border dispute. Sources suggest that Sudanese security forces may have responded to incursions by Ethiopian farmers, which in turn brought in Ethiopian security forces," William Davison, senior Ethiopia analyst at the International Crisis Group, told DW.

The heavy exchange of fire reportedly left one Ethiopian militia wounded. "If these allegations are true, then it is an escalation," Kjetil Tronvoll, professor of peace and conflict studies and Research Director of International Studies at Bjorknes University College in Oslo, told DW.

The border clashes flared up as Ethiopia and Sudan were preparing to meet in the Sudanese capital Khartoum, for a second round of talks aimed at resolving the border dispute. "There have been negotiations and they reached an understanding that most or all of this contested land can be under Sudan," Tronvoll said. "The interesting aspect is why there is new violence now and possibly also at a higher level than before."

According to Sudan's military, tensions along the border between the two countries have recently heated up amid increasing attacks on Sudanese troops. Following the incident, Sudan summoned Ethiopia's envoy and urged the Ethiopian government to do all it can to end such border clashes.

Ethiopia offered its "deep sympathy and condolences to the families of the victims of the conflict along the Ethiopia and Sudan border." Addis Ababa urged the two countries to pursue diplomacy as a means of resolving the border dispute saying there was no need for the countries to "descend into hostility". Last month, Ethiopia's Prime Minister Abiy Ahmed sent General Adam Mohamed Mahmoud, the country's military chief to Khartoum in a bid to ease the tensions.

For Tronvoll, solving the dispute via diplomatic means is reasonable and should be encouraged. However, he said there could be more to the clashes. "There are various actors and processes within the region, and this is an opportune moment for some to ignite some tension between Sudan and Ethiopia," Tronvoll said. "Hopefully, the two sides can sit at the negotiating table and come to a conclusion."

Sudan and Ethiopia share a common boundary that stretches over 1,600 kilometers (994 miles). The border was drawn following a series of treaties between Ethiopia and the colonial powers of Britain and Italy. However, to date, this boundary lacks clear demarcation lines.

Sudan's al-Fashqa region which covers approximately 600 km, is a rich fertile land conducive for agriculture. For decades, Ethiopia has allowed its farmers to plant crops there.

Former Sudanese President Omar al-Bashir largely turned a blind eye to his country's territorial incursion. However, Sudan's transitional authorities, who took over after popular protests which eventually led to the ousting of al-Bashir, have initiated talks with Ethiopia in a bid to have to Ethiopian farmers withdraw.

For the first time in nearly 25 years, Sudan deployed its troops along the al-Fashqa border strip at the end March. This came after an attack which prompted a top security team to visit the area.

"There are old problems. Herders have lost their livestock and farmers have lost their lands," Lieutenant General Abdel Fattah Al-Burhan, Chairman of Sudan's Sovereignty Council, said in an interview with the national network, Sudan TV, after touring the border region. Al-Burhan defended the troop deployment saying the armed forces were left with no choice but to protect their territory because the Ethiopians had imposed their presence.

Sudan's military has vowed that it is willing and ready to protect its citizens and territory.

The border dispute could complicate Ethiopia's plan to construct the Grand Ethiopian Renaissance Dam (GERD). On Wednesday, Sudan wrote to the UN Security Council calling on it to urge Ethiopia and Egypt, not to take unilateral action on the dam. Sudan had initially backed Ethiopia's project but later refused to sign on an initial agreement which would have paved the way for Ethiopia to begin filling the dam.

For Ethiopia analyst Davison, the border dispute has little to do with GERD. "Ethiopia and Sudan are holding regular discussions to prepare the ground for the resumption of trilateral GERD talks, so the process is restarting rather than stalled," Davison said. "It does not appear therefore that the border incident has caused a significant disruption to the negotiations."

According to Davison, Sudan and Ethiopia need to ramp up their existing discussions over the borderlands in order to come to an understanding that will lead to a final resolution of the issue.

Ethiopia's Revolution - From Creeping to Real

Border Dispute Between Ethiopia, Sudan Escalates
Tagged:
Copyright © 2020 Deutsche Welle. All rights reserved. Distributed by AllAfrica Global Media (allAfrica.com). To contact the copyright holder directly for corrections — or for permission to republish or make other authorized use of this material, click here.